Stealth games these days tend to be fast-paced affairs like Batman: Arkham Asylum where you sneak around on ceilings and take out thugs while quickly disappearing afterward. Getting caught or even seen isn’t always the end, and escape is usually an option. Thief requires a bit more patience. You’ll have to watch guards to learn their patterns and strike at the most opportune moment. If you do reveal your presence to enemies, you might as well just reload the game instead of trying to escape.

Garrett, the deep-voiced protagonist, sneaks around in an effort to try and steal valuable artifacts while also uncovering a conspiracy. Light and sound determine whether Garratt can be detected by enemies. Hiding in darkness, moving slowly, extinguishing torches, learning guard patterns, and avoiding loud floor surfaces are all key to surviving and completing the missions.

This is truly a game of patience. I tried playing a couple of levels by just running towards my objective, and I met a cruel and fast death without fail every single time. 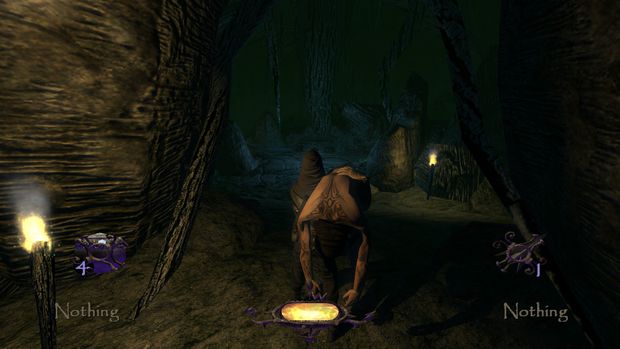 Another interesting aspect of this game is the lack of a mini-map. To figure out where to go, you’ll have to look at the mission text and at a static map you have in your inventory, and then use a compass to find your way around. Not having a mini-map or a glowing orb telling you where to go makes players more aware of their surroundings and the environment, which helps immerse them in the game. It can also be a real pain for modern gamers who aren’t used to figuring things out on their own.

Deadly Shadows isn’t the easiest game for me to recommend, since a lot of the gameplay feels dated. If you are a fan of stealth games and you want to see how things used to be, however, you should definitely play it. I have a soft spot because I remember playing the demo over and over again when I was in school. If waiting a lot, moving slowly, and trying to figure out where you are by staring at a map and quest text don’t turn you off, you really ought to check out Thief: Deadly Shadows. 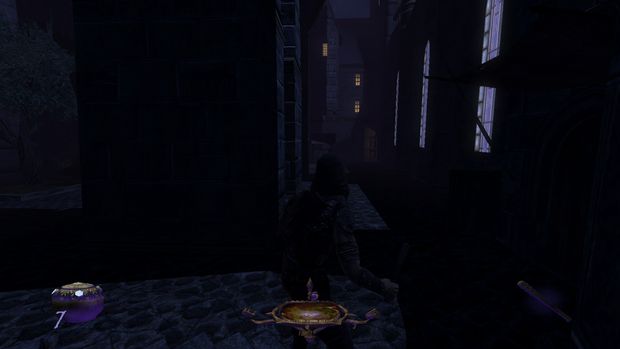 1. Back up t3main.exe before you start, just in case things don’t go according to plan. This way if you do make a mistake, you won’t have to reinstall the whole game to fix it. You’ll find it in Thief‘s system folder.

2. Download and extract the Thief 3 tweakers into your Thief 3/system/ folder. Run t3_widescreen.exe. Select any of the current resolutions to change it to match your monitor’s native resolution. I picked 1280×1024 and changed it to 1920×1080. Run the crash fixer too, then press q to quit once you’re done. Run T3FovPatch.exe and select your monitor’s aspect ratio.

3. Install t3teak-1.2.exe into your Thief 3 folder. Run it and turn off opening movies, remove the background fog, and remove purple lighting. This will make the game start quicker, and it will remove the dated-looking purple crap that is all over the place. Click Save and then Exit.

4. Download this texture pack. Run the installer and select “NPCs,” “Menu and Gameplay Specific,” and “Environment.” “Garret faces” and “Garret” have multiple choices that aren’t compatible with each other, so you’ll have to pick which ones you like. I went with “Large scar,” “Equipment and weapons,” and “Bare arms.”

Good luck, and save often!