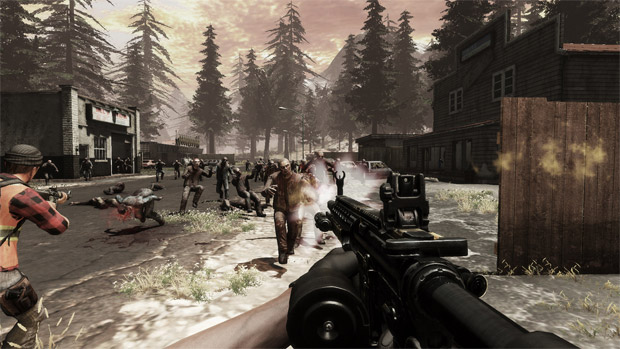 It’s admittedly a bit unusual to see both Day Z standalone and The War Z materialize in front of us, but if the two can peacefully co-exist, so be it. Today, we’ve got some rather campy player-vs-player footage taken from the latter, in addition to details on the game’s beta program.

There are three pre-order tiers to pick between, the first of which is $19.49 and guarantees beta access on October 31. At $29.99, players will get alpha access as of October 15, $15 of in-game currency, a month of server hosting for the “Stronghold” map, guest passes, and other assorted goodies.

There’s also a $49.99 option which ups the ante while holding steady with the same alpha access date. All of these prices are good through October 20, 2012. “We’ve been working non-stop to tweak and balance the game to where we feel comfortable beginning to bring more players in,” commented executive producer Sergey Titov. “We are now at that point, but this is where the real work begins.”