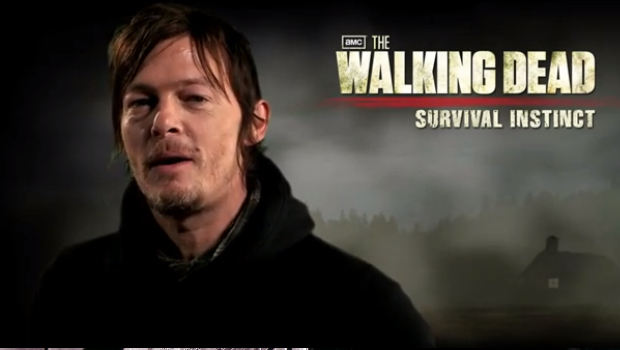 Last time we saw footage of The Walking Dead: Survival Instinct, it was presented as a trailer that turned out not to be a trailer, though it managed to even fool folks from Activision. The early footage made the game look awful, but that’s okay, because now we have an official trailer to officially show us what we’re waiting for.

So, how’s the game looking? Remember, it’s slated for March 26 in North America, so Activision must be able to show us lots of neat stuff, right? I mean, only a putz would leave it until January and still have no gameplay for us. Right?

Ahahahaha … I shouldn’t laugh, but if Activision didn’t know how this’d come across, it deserves to be mocked by every street urchin in town. This is literally worse than showing no trailer at all, ever. Perhaps worse than even the leaked gameplay footage of last week. Wow. Kind of sad. But also kind of … AHAHAHAHAHA!