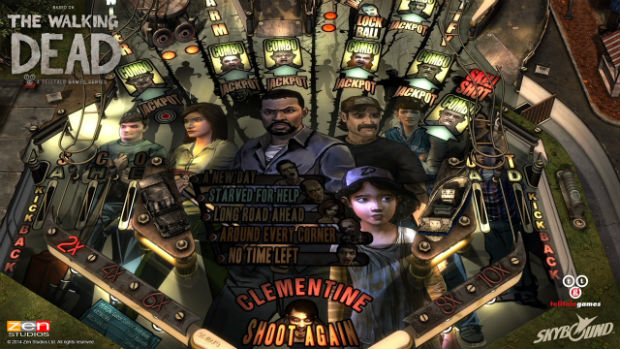 The Walking Dead pinball table for Zen Pinball was announced back in June, but now we’ve got a concrete release date: August 26. Zen Studios and Telltale Games have collaborated closely to incorporate the choice-driven style of The Walking Dead: Season One as well as familiar locations that seek to channel the same narrative as the adventure game.

With that said, the pinball table will feature choice-driven gameplay on its own, with new story dialogue, players having to choose who lives or dies in walker attacks, hunting for food and supplies, and more. The real question is, how is this actually going to work? Your guess is as good as mine.

The Walking Dead Pinball is headed for pretty much every platform imaginable, so we’ll have to see what happens when we can finally get our hands on it.