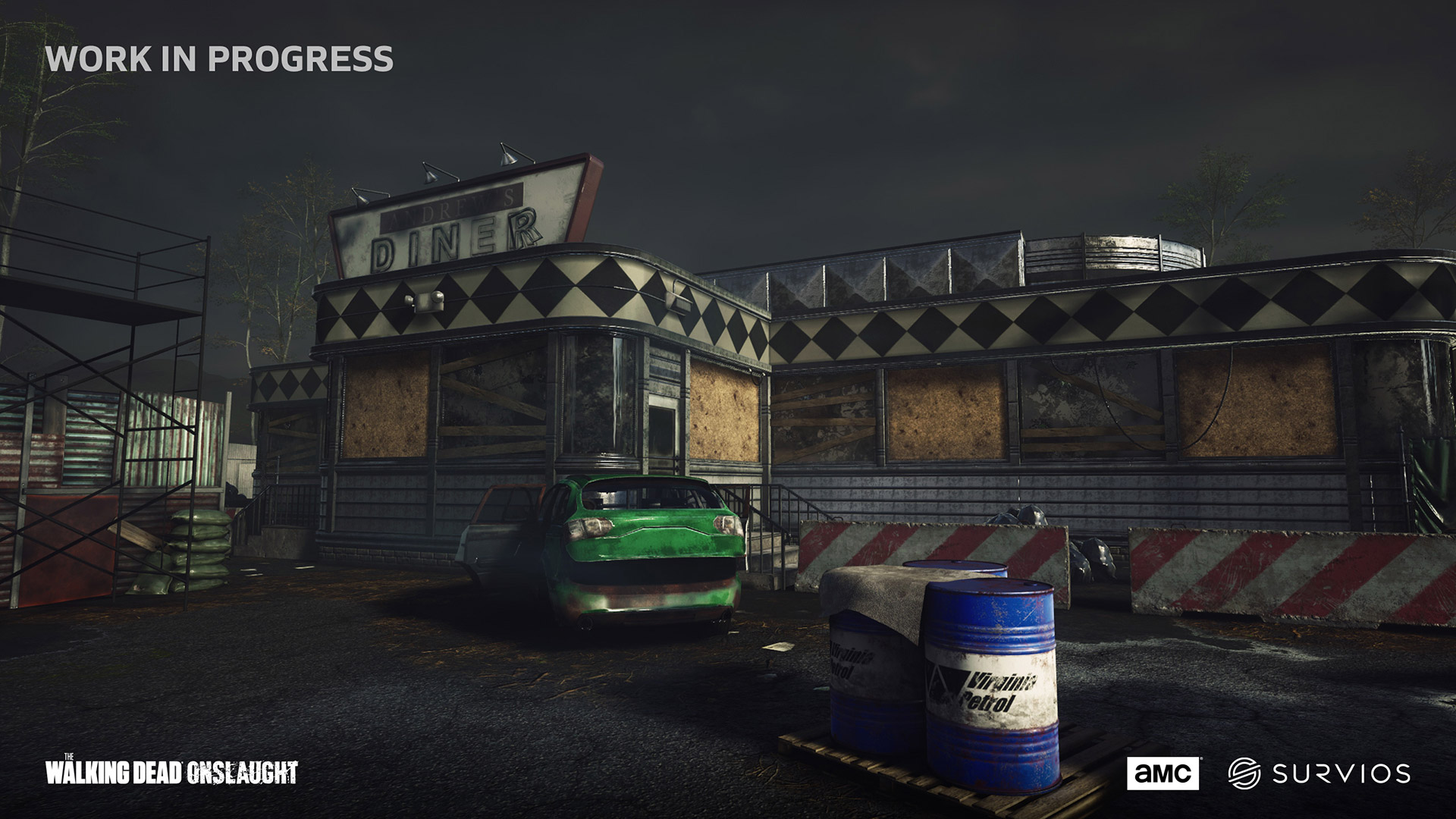 Not to jinx it, but the next Walking Dead video game – The Walking Dead Onslaught – sounds promising. Really, really promising. With the way other adaptations have gone down, it’s about time.

Onslaught is a built-just-for-VR experience in which you can shove, restrain, carve, and dismember the undead hordes using “iconic” weapons from the long-lasting series while playing as survivors from AMC’s The Walking Dead. The game has its own original story and a separate supply-run mode with randomized items, the latter of which is exactly what I’d want out of a zombie-slicing VR title. And best of all, it’s being made by Raw Data developer Survios. Like I said: there’s a lot of potential here.

This teaser trailer lacks substance, but Onslaught‘s Steam page is far more forthcoming. Aside from the aforementioned gameplay tidbits, there’s also a scattering of environmental screenshots.

The developers are calling The Walking Dead Onslaught their “most visceral combat experience” to date, and from the sound of it, the dismemberment could fill the Dead Space-sized hole in our hearts.

Combine all of these elements together and – if it all works as intended – I think they’ve got a pretty compelling zombie-slaying VR game on their hands. The fact that it’s The Walking Dead is just a bonus. If you own an Oculus Rift or a Vive, keep an eye out for Onslaught‘s release on Steam this fall.