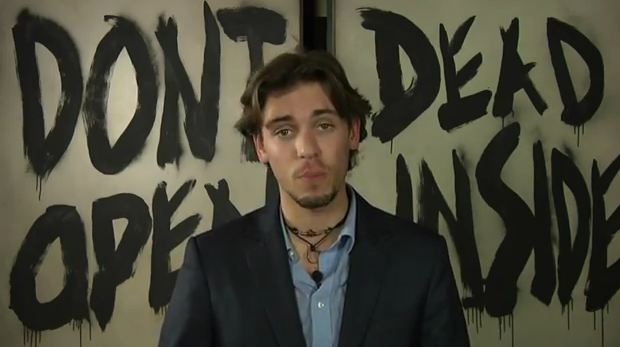 You read that right. Telltale has organized an online talk show centered entirely around their upcoming episodic adventure game The Walking Dead called Playing Dead. Which makes sense, given how huge the franchise is. Except I’m going to be entirely honest and say it’s pretty painful to watch. The whole thing starts off with the host who looks like he just walked in from straight out of the 90’s and doesn’t get much better from there.

The host talks with lead designers Jake Rodkin and Sean Vanaman about what the game will be and won’t be. Everything is fine and dandy until they get to the part where Jake talks about how Robert Kirkman didn’t talk to him for five minutes because he mentioned he liked Super Mario Sunshine. This prompted the host to say, “Yeah, that’s not something you tell people.” After that they start making horrible jokes about water jet packs. If you can keep watching through all of that, I commend you.