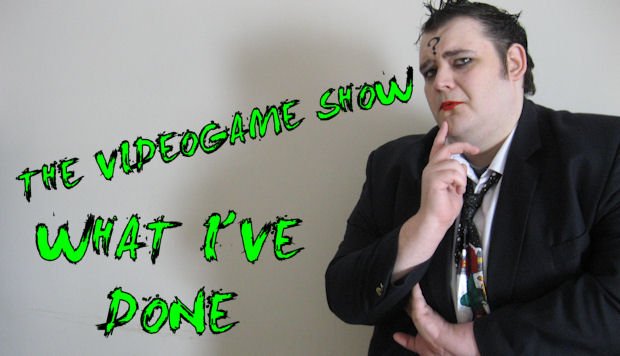 Last week I wrote an article called “Indie games don’t have to act like indie games.” To my surprise, the article became quite a source of controversy for something posted on a Sunday afternoon. Although David Jaffe liked it, my peers in the gaming press were not so readily pleased.

Patrick Klepek from G4 said I shouldn’t expect to ever be taken seriously after a long argument we had on Twitter. G4’s Sterling McGarvey said that he’d take any artsty-fartsy indie game over “creatively bankrupt bullsh*t.” The whole fiasco even prompted GameSetWatch to publish an analysis of the argument. If all this nonsense taught me one thing, it’s this — we need an expert.

Luckily, The Videogame Show What I’ve Done knows such an expert. His name is Virgilio Armarndio, who you may remember from a previous episode. Unlike me, he is an expert on all things artistic and was happy to set the record straight on a number of things. He also debuted a brand new indie game, Peaches, which we are exclusively showing for the first time.

Get out your most pompous scarf and pour a glass of wine. Above all, enjoy today’s episode!