For the love of God, cover your glowing red spot!

So you aspire to be a roadblock in the path of every hero, a hulking shadow that ominously hangs over the hopes and dreams of normal people, the guy that makes babies squall at your very approach. I know you. You’ve turned many a pleasant gaming experience into objects being hurled at the TV and flurries of muttered obscenties. You, the videogame boss — you are so often the bane of my existence.

As we all know, not all bosses have achieved the supreme level of destructive mojo that experts like Emerald Weapon seem to be gifted with. There are a lot of failed bosses out there, but it seems to me that life would be a whole lot easier for them if they just thought out their world domination plans with a little more care. Stop perfecting the resounding “Bwa-hah-hah” laugh and get to work on some solid strategy, you know?

That being said, Destructoid would like to offer you The Videogame Bosses’ Guide to Success as an invaluable asset to your next scheme to take over the good people of the free world. You may just find it works a bit better than, say, that ultimate machine of evil you’ve poured all your time into with the glowing red weak spot on the underbelly.

Five Steps to Help You Become a More Effective Antihero

I know, it takes guts to admit that within your black costume there lies a heart troubled with doubt. After all, being an epic villain means you simply ooze confidence in your ability to overthrow any peon standing in your way. You must burn down villages! You must end the lives of innocent children! You must scour every ounce of hope from the hearts of those who would defy you!

Take the ultimate test of courage and put your pride on the back burner for a moment. This self-help guide can offer you the knowledge you need to be better, whether you’re simply a miniboss or the ultimate opponent of doom lying in wait at the end of a game.

Call upon your creativity when it comes to attack patterns.

As much as you may not like to admit it, you know that somewhere within your charred black heart is a sense of creativity. It’s what got you this far, even if you don’t like thinking of it in quite those terms (“insidious plans” is the way you refer to it, I believe). However, all of those innovative juices of yours will be useless if you don’t take a moment to figure out such essential tactics as your plan of attack. 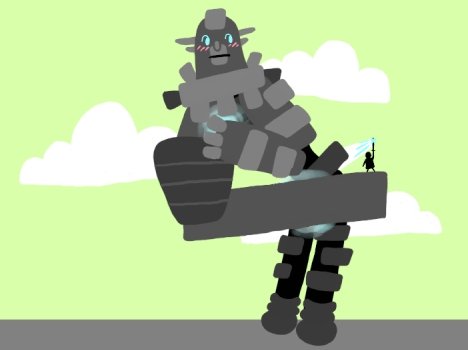 For instance, one of the most common faults that self-claiming “masters of evil” suffer from is the inability to vary the types of attacks they perform on those annoying heroes that come their way. Okay, so you have a punch, a double kick and a mega-powerful flame attack. Good for you. Now, instead of using the punch, followed by two kicks and then a flame attack in succession for the entirety of a battle, try dicing things up a bit. For instance, you could open with the flame attack, do a few kicks, and then — gasp — try a DIFFERENT PATTERN for the next round.

It may sound elementary, but you’d be surprised at how effective a strategy the element of surprise is. It just may prevent someone from, say, memorizing your attack pattern and countering it appropriately. Don’t forget to think creatively!

Consider that the traps in your lair may pose a threat to you as well.

Any great villain knows of the legendary Bowser, king of all Koopas, who continues to chase Mario and Peach in every Mario title despite the fact he fell into his own moat of flame in the original Super Mario Bros. Sure, he’s a legend … but a smarter guy might have designed that axe that drops the bridge to be slightly less easy to access, no? 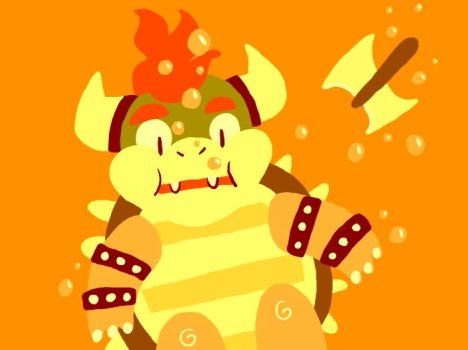 I know how exciting it must be to look around your den of iniquity and see peril and doom at every turn, but really, if you aren’t safe from it yourself, all the spiked pits in the world can’t make up for how foolish you look when the hero boots you into your own trap and makes off with the princess (and then gets laid while laughing at your agony). For example, perhaps envision a lair with a den of spikes at the entrance, and then you sit in the back half of the room wearing a suit that’s impervious to spikes. Are you starting to see the light?

For bosses of unusual size: do not build platforms that allow direct access to your face.

Although it seems clear as day to me, bosses of unusually large stature seem unfazed by the fact that their greatest strength is also their greatest weakness: when you fall, you fall hard. Of course, planning not to fall at all seems like a fine solution, and while the attitude is there, the follow-through on this plan is sadly lacking. 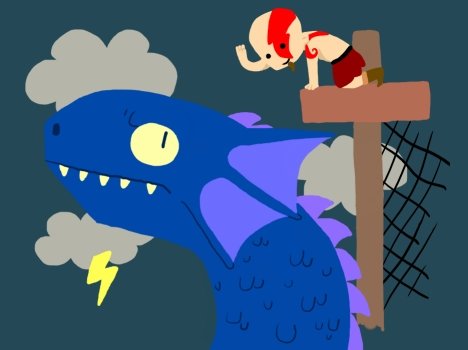 A great way to think out of the box when it comes to making your tremendous size an asset rather than a weak point is to take care not to build floating platforms that allow anyone who may come in to attack you possible access to your face (or whatever glowing weak point you may have; see step 5 for more information on this). Don’t act coy. Those platforms didn’t just APPEAR. Whether you had them built to give future heroes a fighting chance or simply to make the room feel less “airy”, get over it. It’s only hurting you in the end.

Don’t situate your lair next to a room full of weapons, health packs and save points.

Perhaps under your public mask of eternal evil, you truly believe that a fight should be on equal footing. That’s lovely and sure to earn you the respect of a blushing lass or two, but in all honesty it’s an absolutely terrible quality for a villain to have. After all, don’t you spend a great deal of time laughing uproariously about how anyone that challenges you has no chance to conquer you? 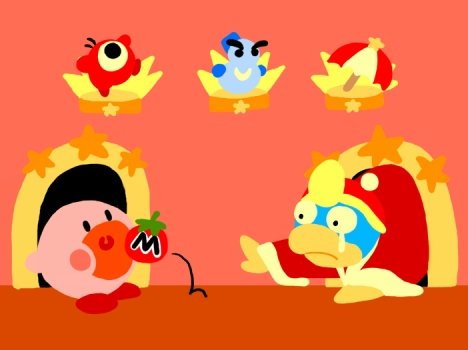 The weapons room makes no sense. Don’t be so goddamned scatterbrained — pick up your stuff, or you’re leaving yourself open for an obvious beating. You also may want to speak to your cronies about leaving those health packs lying around. Why aren’t you keeping those in your lair for when the battles start?

For the love of God, cover your glowing red spot!

Okay. I know most bosses seem to have this problem, and I want to be sensitive to your disability, so please bear with me on this one. I know there’s nothing you can do about the glowing red spot — it’s kind of big, and the whole red glowing thing is somewhat hard to conceal.

May I suggest that you consider covering it with armor, which surely would do a better job of hiding the glow than plain clothing, or even better, building some sort of contraption around your body that conceals it and also aids you in fighting? You’d be amazed to see how much more energy you can have at your disposal if your enemy doesn’t have direct access to your weakness. Or maybe you could draw a terrifying face on it, so your hero is scared to attack it (I hear Oprah’s face is effective). Program it to make growling noises. Something. Anything!

I deeply hope that some of these tips will come in useful for those of you who aspire to true evil but find yourselves still only mildly menacing when you look in the mirror (and I feel your frustration, trust me!). Don’t be afraid to put more time into your strategy than your lair. It doesn’t do much good to have a bitchin’ palace of doom when some jerk like Mega Man comes along and makes an ass of you in it, after all.

[A special thank-you goes out to Ashley Davis for providing all the incredible illustrations for this article!]