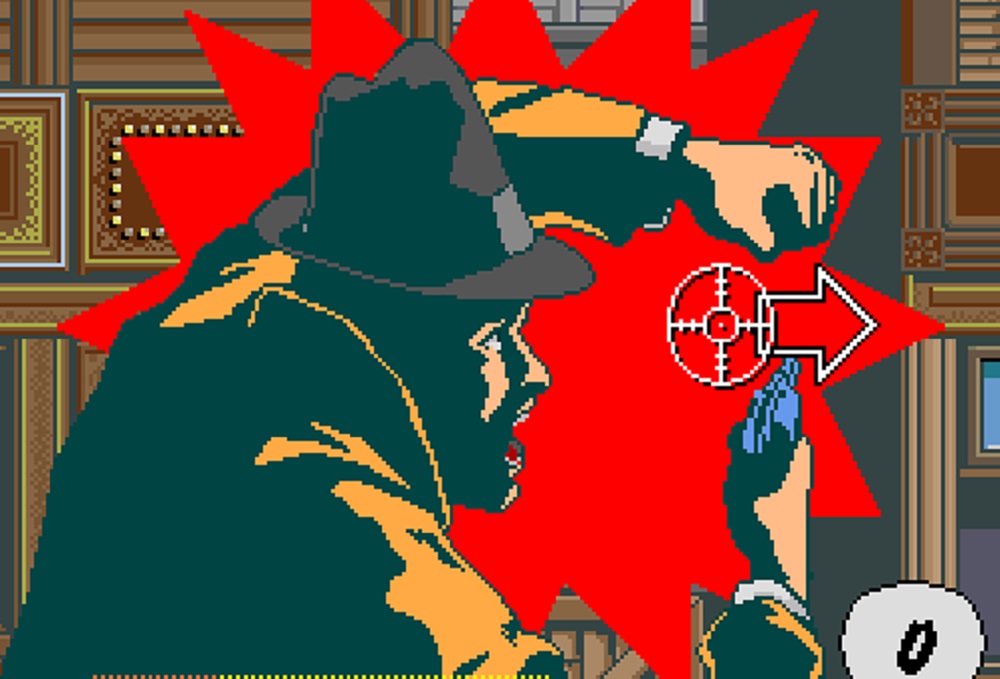 ‘Yeah? well, you ain’t from Chicago…’

Released to arcades in 1986, before eventually finding its way select home formats in Japan, Empire City: 1931 is an odd rail shooter-style game that sees the player step into the gumshoes of a rogue FBI agent, out to eliminate the mafia following the murder of his family. Traveling to various mob hideouts, the player must locate and gun down gangsters one-by-one, tracking their movements on-screen and popping off a fatal shot before our hero finds himself fitted for a lead overcoat.

While screens might lead once to assume Empire City: 1931 is a shooter along the lines of Taito’s smash hit Operation: WOLF, the truth is that the game is quite unlike anything else, given its strange pacing, clunky movement, and weird “one-on-one” confrontational style. Better demonstrated than described, you can check out the action in the video below, courtesy of YouTuber World of Longplays.

Seibu would follow up Empire City with its faster-paced 1988 release Dead Angle. This sequel features more plentiful enemies, alternate weapons, and an ugly foreground “outline” of the hero, allowing the player to dodge enemy fire. Unfortunately, by ’88, the rail-shooter had long progressed past Seibu’s rudimentary efforts, leaving both Empire City: 1931 and Dead Angle interesting, but not particularly fun-to-play oddities.

Empire City: 1931 is now available to download on PS4 and Nintendo Switch.