‘It’s a secret to everybody!’

Between Breath of the Wild‘s Aris Beach and Clarnet Coast lies an unassuming, yet somewhat mysterious, chest.

At first glance, it appears to be just like every other metallic chest that’s submerged underwater, although this one also has the honour of being partly buried beneath the sandy ocean floor. Evidently, first impressions can be deceiving. You see, despite its modest appearance, this singular chest has been the subject of great intrigue, simply because it’s proven itself to be surprisingly difficult to reach through legitimate in-game means.

According to the game’s logic, retrieving this chest should be a simple matter of utilising Link’s Magnesis ability to pick it up from its watery home. While this would normally be an effective means of chest-recovery, this doesn’t seem to be an effective solution to such a puzzle in this instance. Other methods such as bombing the chest, or attempting to retrieve it with the Cryonis skill, have also proven to be entirely ineffectual.

By utilising a bug that occurs when running the game under a specific version of the Cemu Wii U emulator (1.7.3d, specifically), a player by the name of Leonardo Ramallo has managed to reveal treasure contained within this chest. As well as posting a video demonstrating his opening of the chest in question, he also documented the mystery surrounding it, and the steps that he took to uncover its contents, on the Breath of the Wild subreddit. 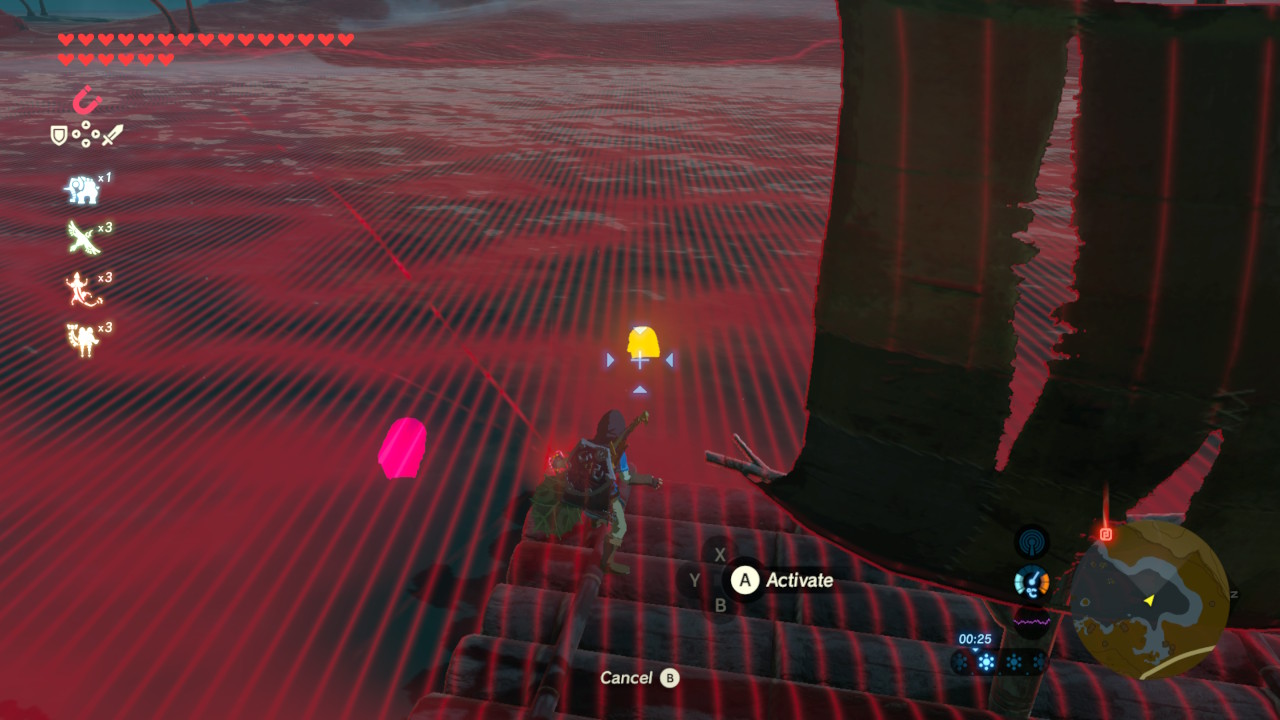 So, what does this enigmatic box of mystery contain? Does it tell us when the events of Breath of the Wild take place with regards to the greater Zelda timeline? Does it transport us to a vastly superior universe where Kanji Tatsumi has definitively emerged as the sole victor of the waifu wars? Does it simply provide us with another means of accessing Central Yharnam?

The answer to all of these questions is a firm “no.” Instead, the chest merely contains an opal. An opal, and a sense of mild disappointment.

Oh well. At the very least, I suppose that this revelation closes the book on one of Breath of the Wild‘s many mysteries. Ultimately, the fact that the chest contains something so mundane as an opal wasn’t entirely unexpected, even if it is still a pretty lukewarm conclusion to this story.