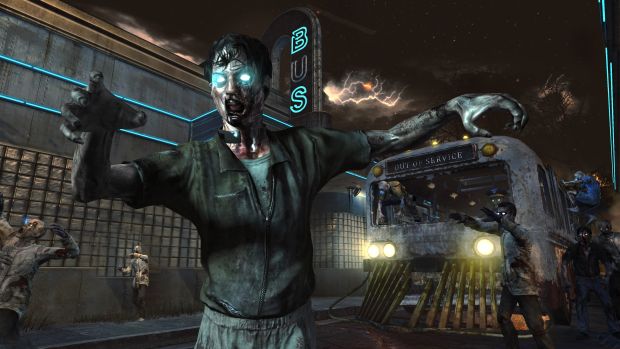 We’ve seen the single-player, we’ve seen the multiplayer, we’ve even gotten a deep dive into the eSports and livestreaming initiatives. So it’s about time the last piece of the Black Ops II puzzle has finally been revealed with this debut trailer for Zombies. Like all the other modes, Zombies is also getting a major upgrade.

You get a taste of it in this trailer, as you see the bus moving from location to location that the four co-op partners can ride in. This is called Tranzit mode, and is the campaign portion that will see players moving to different locations to progress. Don’t worry, you can still just play on one specific map if you wanted to in the Survival mode. Then there’s Grief mode, where two teams of four players have to compete against each other while taking on waves of zombies. You can’t kill the other team directly, but there are things you’ll be able to do to mess them up.

Plus there’s Custom Games option now, special weapons that you can build, and much more.