It’s always either a gun or a sword

Amazon has unveiled the official box art for Uncharted 4: A Thief’s End, and dang is it a stroke of artistic genius. 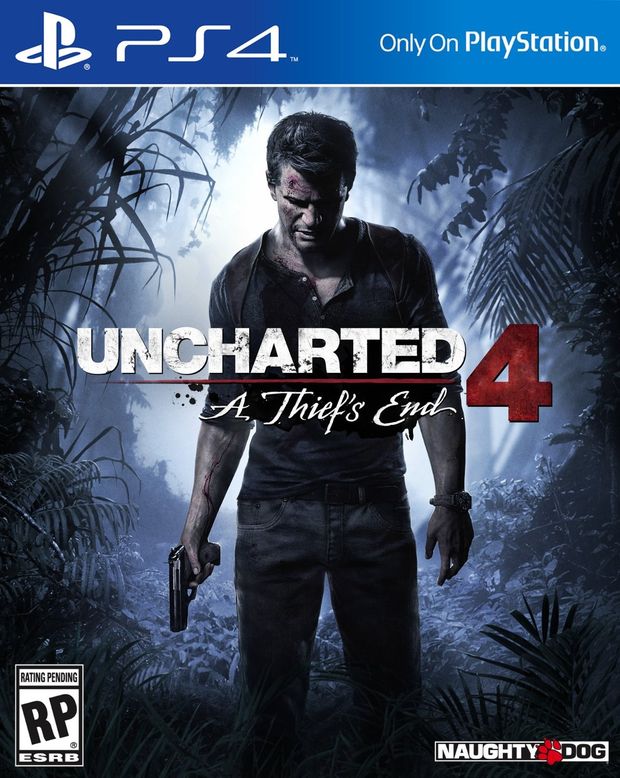 The way the light plays off of Drake’s back, making sure your eye is drawn directly to the little patch of blood on his forehead. The years of pain and trauma have finally begun to show, as Drake unveils his true emotional anguish.

This is reflected in the smoky colour palette of the piece. However, that tiny glimmer of light in the background represents the drive and determination that our hero has: no matter what happens to him, he will always move ever onward.

Truly, this is a piece of art that will be hung alongside the Mona Lisa in years to come. This is a major turning point of the medium, and we should give it the reverence it truly does deserve.

By which of course, I mean “yet another fucking grizzled dude holding a gun.”

Just like every Call of Duty beyond Modern Warfare, BioShock Infinite; Deus Ex: Human Revolution and Mankind Divided; LA Noire, Destiny, Gears of War, Watch_Dogs; Battlefield 3 and Battlefield 4; and many others, Uncharted 4 imaginatively features the main character looking a bit angry and holding their gun as its cover art.

Unfortunately, Amazon has also confirmed that this cover art was the art it was sent from Sony, rather than a placeholder image. So I guess we’ve got a new addition to the long pantheon of unimaginative box art.

Chances are we’ll be seeing more of the actual game at E3, which might also be when we get a release date.