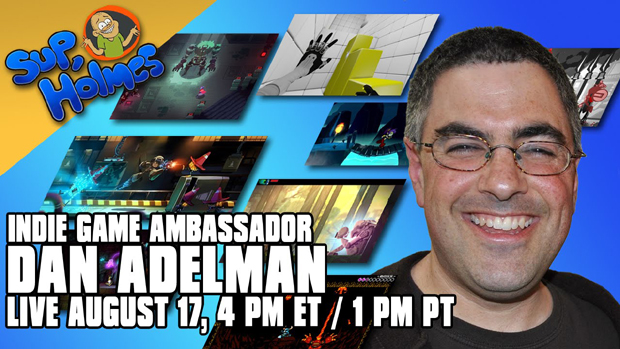 Last week on Sup Holmes we spent a whopping two-plus hours with Dan Adelman, former head of digital content and development at Nintendo of America, product planner at Microsoft and business development manager at Xbox.

Dan had some of the best jobs in the industry, yet he recently left it all behind to start his own business and marketing consulting service for independent game developers. It’s no stretch to say that there is on one else in gaming quite like him.

We talked with Dan about the things he’s most proud of working on at both Nintendo and Microsoft, what it’s like to be at a Nintendo board meeting, how sometimes not being important to a mega-corporation allows you to have more freedom than if you’re in the spotlight, the guy at Nintendo who called Xbox Live “a failure,” why he left Microsoft, why he left Nintendo, why he’s gone indie; and so much more.

Thanks again to Dan for appearing on the show, and tune in today at 4pm EST when we welcome Loren Bednar of RocketsRocketsRockets fame to the program. They’re the most mysterious people in the history of gaming. You wont want to miss it!