This week, more than three years after its initial release, Brütal Legend, Double Fine’s sophomore effort, makes its way to PC. To the casual observer, Brütal Legend appears to be nothing more than an innocent celebration of metal culture — a game that at every opportunity bleeds the sheer brutal excess that defines the musical genre. While that holds true, Brütal Legend is also remarkable for being one of the most polarizing and quietly controversial games of the past five years.

The tale of Brütal Legend dates back to 2007 when the game was first announced. The gaming community was immediately aflutter at the very prospect of Tim Schafer & Co. teaming with Jack Black to take a crack at creating a metal megaworld. It wasn’t long before Brütal Legend was an industry darling, eagerly anticipated by many just as an AAA sequel would be. To say that this is rare of a new IP would be a vast understatement. 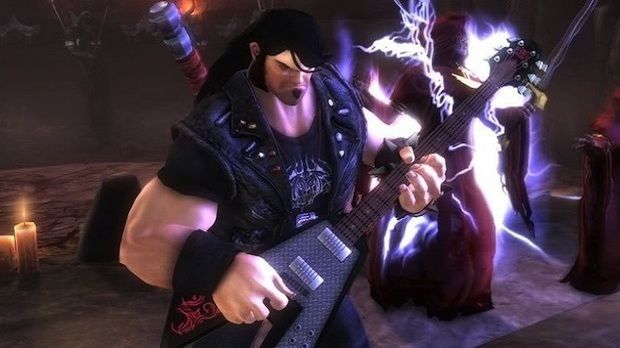 Double Fine hit its share of roadblocks in the development process. Brütal Legend‘s history is marred by publisher issues and nasty lawsuits. The title was originally picked up by Sierra Entertainment to be published. When Sierra was acquired by Activision, the company decided it wasn’t interested in funding the game, and dropped it from the release schedule.

Months later, EA signed a deal with Double Fine to publish Brütal Legend, at which point Activision asserted that it was still the publisher of record. Activision filed a lawsuit just months before the game’s release, in an attempt to prevent the game from coming out, which spurred a counter-suit from Double Fine. Eventually, all sides reached an undisclosed agreement, but not before the matter seriously affected the psyches of the lead executives at Double Fine, including Tim Schafer.

With the road to release clear, Double Fine and EA engaged in their marketing campaign. Most notably, a demo for Brütal Legend was made available three full weeks before the full game hit store shelves. The demo featured almost thirty minutes of gameplay, showcasing the game’s third-person hack-and-slash elements and introducing players to the wonderfully twisted world before them.

The only problem is that the demo really wasn’t indicative of what the game was actually about. 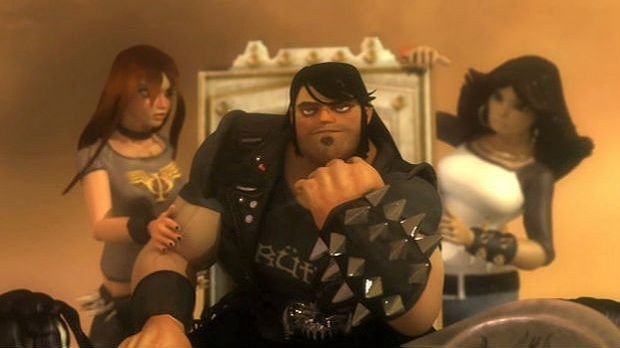 Brütal Legend is the From Dusk Till Dawn of videogames. While approximately the first one-third of the game emphasizes the action-adventure and open-world exploration elements, Brütal Legend eventually shifts to a stripped-down real-time strategy component that transforms the entire experience. Critics almost universally praised the game’s setting, characters, and soundtrack, but seemed to be baffled by the sudden change in direction to an RTS — especially given that this approach hadn’t really been revealed beforehand.

The end result was a core mechanic that was unfamiliar and mostly unapproachable to players looking for an action game, and scaled-down and downright odd to veterans of the real-time strategy genre. This damning combination produced a system that very few people were actually thrilled with — one that struggled to resonate or find an audience.

Despite Brütal Legend‘s RTS-induced shortcomings, it offered plenty of meaningful moments. Brütal Legend was crafted in such a way that could make even the most mundane of situations feel absolutely epic. Everything about the game definitely oozed metal, and the near-perfect soundtrack exponentially enhanced the experience. For the collecting type, nothing was better than summoning your vehicle and exploring the bowels of the sadistically gorgeous underworld while finding the hidden secrets generously smattered about the landscape. 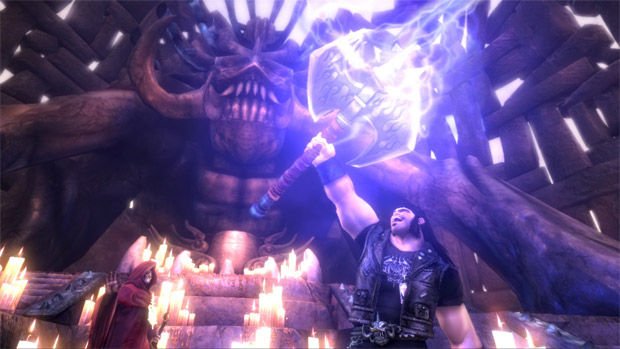 More than three years later, Brütal Legend never really did find its niche. It’s not mentioned among Double Fine’s best games, but it’s certainly not bad. It seems to receive divided opinions from gamers, but no one’s particularly passionate or adamant in their judgments. As of 2010, it was reported that a sequel would not happen, evidently because of poor sales figures. For a game that was built around maybe one of the most memorable premises of all time, it turned out sort of the opposite; it was kind of forgettable.

And that’s too bad. Brütal Legend deserves more. Hopefully with the PC release, the game will catch a second wind and find a passionate audience. Honestly, it probably won’t happen, but I’m keeping my fingers crossed — anything to possibly justify a sequel. I can’t help but shake the feeling that if Double Fine was given a second chance at creating a game within this world, it would absolutely stick the landing this time around.