Maybe it’s time to put that chicken dinner on your LinkedIn profile?

Long gone are the days when playing computer games was seen as the reserve of teenagers or people with less “respectable” hobbies. People from all walks of life enjoy sitting down with their favourite console or indulging in some PC gaming, and explaining to your coworkers that you spent all weekend powering through Far Cry 5 doesn’t attract the same looks of derision or confusion as it perhaps once did.

What’s more, it’s widely accepted that a person’s hobbies can make them more suited to certain types of employment, through the wonderful world of “transferable skills”. While I wouldn’t suggest putting your burning passion for League of Legends on your CV for real, it is interesting to think about how our interactive shared hobby hones our various skill sets. So, which talents can you improve or forge for the first time by being a gamer? I’ve selected just a handful of these skills and explained why they are so useful below.

1. Being able to solve puzzles under time pressure

Most games really are just a big puzzle that you have to pick apart and solve, but some games use concrete riddles are part of their gameplay. And it spans all different genres – Ratchet and Clank has its door-opening puzzles where you have to use mirrors to align beams, while Silent Hill and Resident Evil are both famous for building tension through a gruesome mix of monsters and brain-teasers. Some of these puzzles are head-scratchers to match any Sudoku book, and can really improve your critical and logical thinking – as long as you don’t reach for a guide every time.

The idea for this entire piece actually came from digging back into Catherine yesterday. That is a game where you cannot brute force or cheat your way through puzzles: the blocks are falling fast, and you have to react quickly or die. A lot of jobs call for thinking up solutions with next to no time, and I think a few sessions climbing up the Tower of Babel can actually be good practice for thinking on your feet. And hey, at least if everything falls down around your ears when trying to solve problems in real life, you’re not stuck in an otherworld nightmare running away from butt babies or murderous brides, ay? 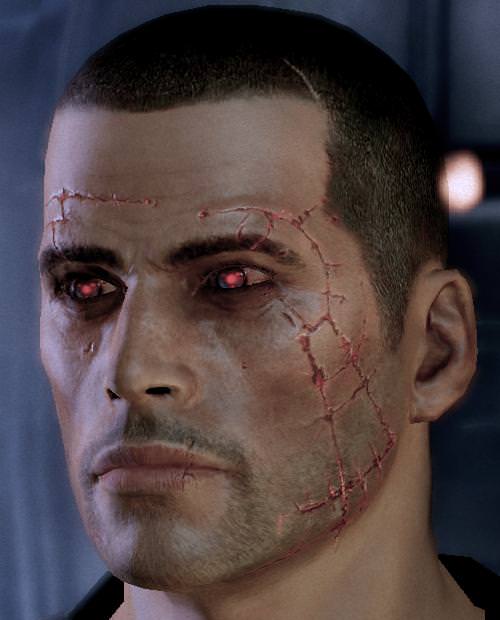 We all know right from wrong, without having to play games to learn that, right? Well, as many recent games show, morality is more complicated than simply “good” and “bad”. Always going the virtuous route can have unintended consequences, and always playing the nice guy can result in getting trampled on. This can extend into the world of work, where we of course all try to react within the boundaries of what is moral, but sometimes, and in some jobs, difficult decisions  have to be made that can have a significant impact on people’s lives, no matter what you choose.

A whole host of games contain intricate and complex morality systems, but the first group that sprung to mind for me were the original Mass Effect trilogy. There’s a reason some people went full Renegade, and it wasn’t always to be a bad-ass motherplucker. Sometimes being a little tougher on the exterior can get the job done. The SimCity series and many of the Telltale decision tree games are also a good exercise in striking the balance between utilitarianism and taking care of the interests of individual people.

3. Perseverance in the face of overwhelming frustration 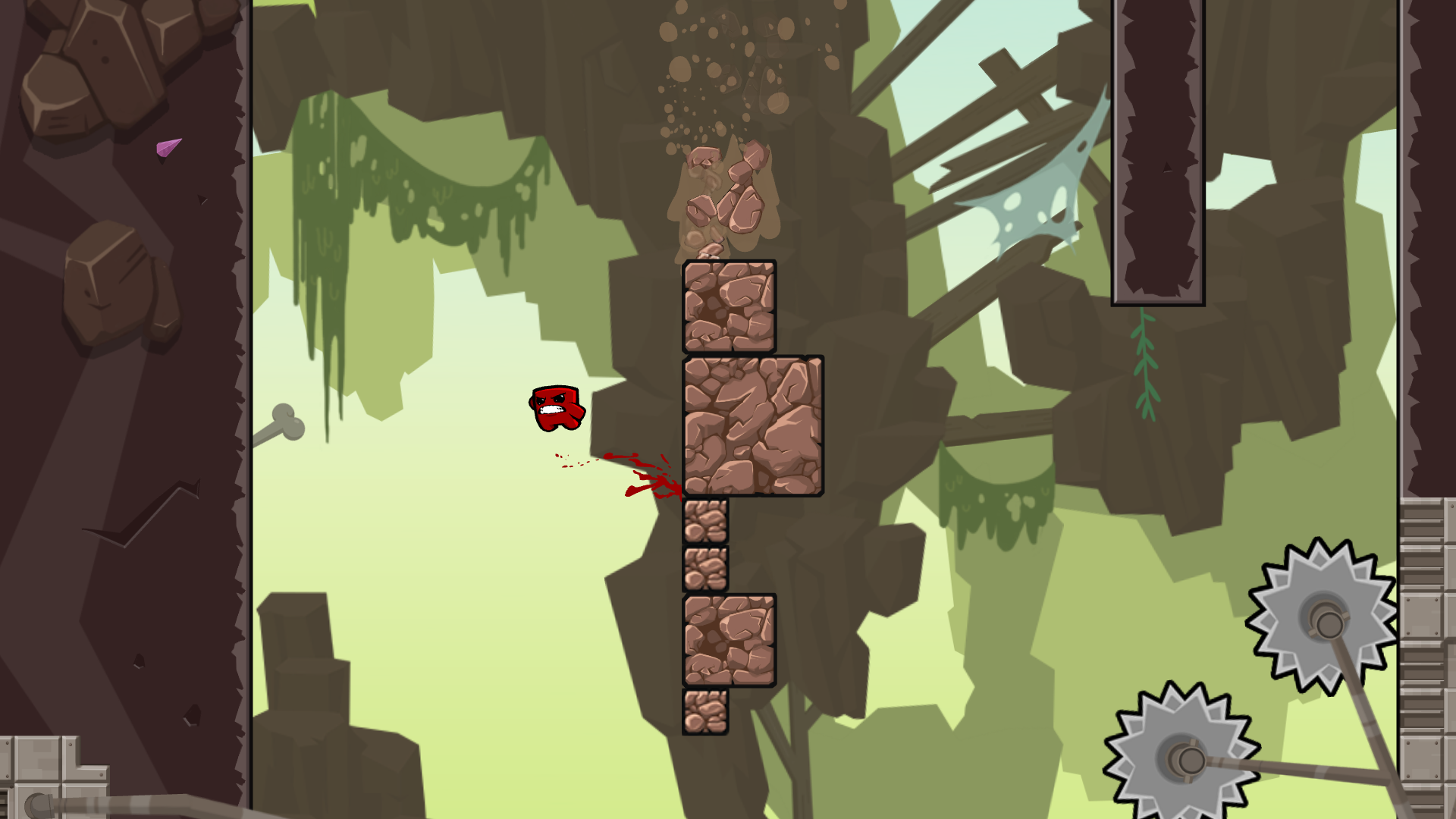 The new-ish wave of super-difficult games, in which multiple deaths are welcomed as much as they are expected, is a golden opportunity to develop nerves of steel. Many a time, a program will crash on your office computer over and over again, or a process won’t work no matter what you try, and the end result is that you want to throw your entire workstation out of the nearest window and start a new career as a travelling busker. But if you’ve had to replay the same level of a game 30 or 40 times within the space of an hour just to get to the end, then it lowers your tension when you hit roadblocks at work.

There are plenty of (super cheap!) games you can try out to deaden your emotional response to stress, but a particularly fun example is Super Meat Boy. If you want to crank the violence up even further, Hotline Miami is a good place to start. Super Hexagon is an extremely infuriating game you can even play on your phone, for toilet-based anger that doesn’t involve a lunchtime chicken vindaloo.

4. Working to a long-term plan 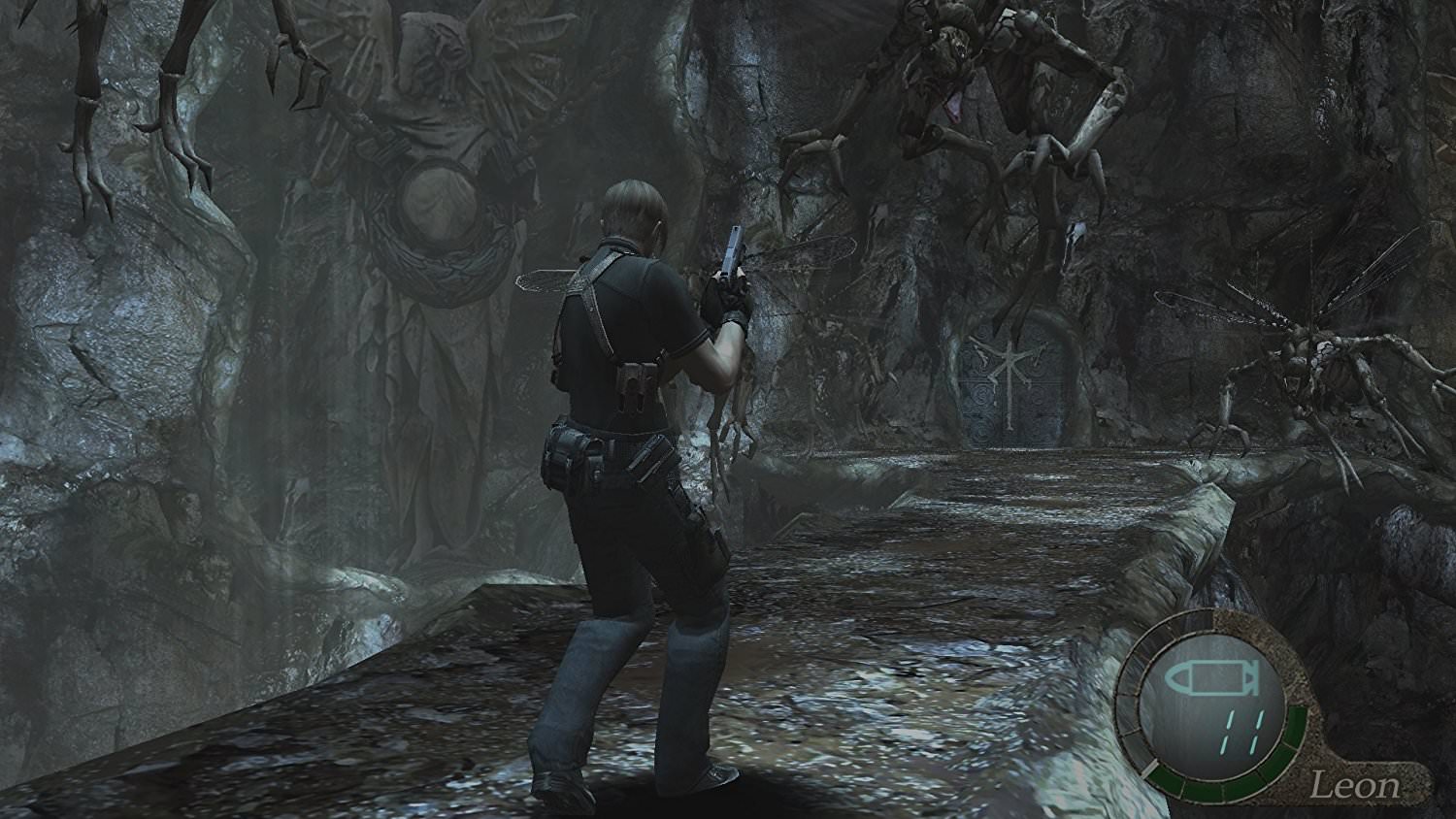 If your work is project-based, then chances are, you have to work to short-term, mid-term and long-term goals. Being able to plan in advance and not defaulting to doing everything on the fly is crucial, unless you want to get your final payslip handed to you faster than a stapler sets in jelly.

Inventory management comes to the rescue here – if you’ve played any sort of survival horror game, you will know that rationing resources is something you can’t avoid if you want to live. I recently screwed myself over majorly in Resident Evil 4 by eating through shotgun ammo like nobody’s business, then realising I had nothing before than a couple of handgun bullets and a knife at my disposal during my first face-off with Chainsaw Man. Nice going, doofus. The same principle applies to a lot of RPGs: making sure that you have everything you need immediately on your person, and everything you might need two hours later conveniently stowed away, is paramount if you don’t want your ass handed back to you in tatters.

Some jobs require taking a no-nonsense approach to people are their, well, functions, such as cleaning or nursing. Others involve dealing with the slightly grosser aspects of humanity just by being in close proximity with so many people for eight-plus hours a day. Quite a few games deals in the visceral and the slightly squelchy, and playing a few of those will help toughen you up when it comes to relatively boring human behaviour and biology.

One game that I recently heard was incredibly violent and graphic, even for people used to graphic games, is The Darkness II. But really, a lot of horror games can be of assistance here, whether it is Saw: The Video Game, Outlast or a bog-standard Silent Hill classic. Basically anything where you wouldn’t want to be tucking into a plate of spaghetti bolognese while playing.

Which skills do you think you’ve picked up from playing games? How has playing games helped (or even hindered) your work life (e.g. Diner Dash helped you wait tables)? Let me know in the comments down below!