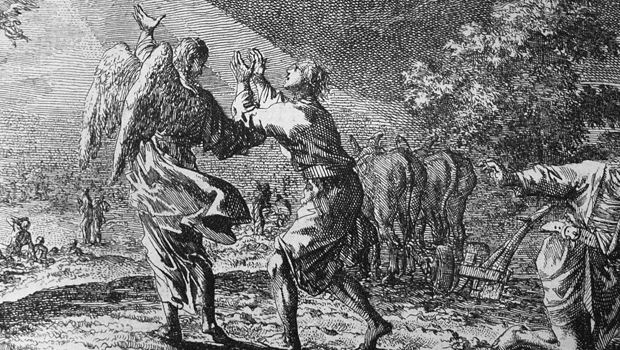 According to a man in a place, the world as we know it is going to end today. Good little Christian boys like me are waiting to go to Heaven, while you rotten sinners are going to stay behind and get roasted over a hot fire by Jeffery Dahmer and Ike Turner.

You’ll need something to read while the Four Horsemen cut your families to ribbons, corruption spreads throughout the realm of man, and all those cute little animals starve to death for the crime of being designed to not have a soul.

Why not read this? It’s the best Armageddon scenarios in videogames. Topical, fun, and videogame related. See? Getting your balls chewed off by Cerberus isn’t so bad now, is it?

Just because the Rapture is rooted in nerdy Christianity, that doesn’t mean it can’t be badass. Darksiders proves this, by creating a modernized version of the Rapture legend. The Four Horsemen of the Apocalypse are now musclebound grimdark warriors hellbent on ripping the wings off giant bats, smashing zombies apart, and swinging around swords that are taller than they are.

Darksiders was an excellent game with a fantastic aesthetic, courtesy of comic book artist Joe Mad. Incredibly spiky, snarling, turbo-cool demons faced off against gold-armored, gun-toting angels. Only an idiot would be sad about the Rapture if it kicked that much ass.

In Fallout, the end of the world was brought about by a nuclear attack after decades of war over natural resources. America and China got embroiled in a conflict, Canada got annexed, and people still listened to fifties crooners — by far the most horrifying aspect of Fallout‘s apocalyptic scenario.

In the post-nuke world of Fallout, we have giant scorpions, violent mutants, and renegade robots to deal with. Not only that, but a dark sense of humor permeates the entire series, proving that you can still have a fun after civilization has been decimated and 99% of the planet’s water supply is irradiated.

The other trade-off is that we each get a PIPBoy, which is like an iPhone but cooler. That’s definitely worth nuclear devastation.

Who would have thought that a charming Nintendo game could bring with it one of the most nightmarish apocalypse scenarios in all of interactive entertainment? Majora’s Mask is the dark follow-up to Ocarina of Time, set in a world where the Moon is destined to crash into the planet within three days. And just to make things worse, the Moon has a face. A horrible, leering, demonic face that will rule your nightmares and kill your dreams.

I know people who won’t play Majora’s Mask because of that damn Moon. Can you imagine if the Earth‘s Moon looked like that? We wouldn’t have a civilization right now. Those of us who hadn’t killed ourselves before we were five-years-old would be insane from the paranoia of having that … thing … looking into our windows are night, watching us sleep, eat and have sex. It’d be the Hitler of Moons, and we’d all be its bitch.

But anyway, if you don’t stop the Moon hitting Clock Town in Majora’s Mask, it does exactly as promised. Its grinning, terrifying visage inexorably crushes everything below at an excruciating pace. Imagine having the Moon slowly bearing down on you, knowing you cannot run, but knowing it’ll be at least five minutes before you actually get squashed, and there’s nothing you can do about. And the last thing you see is that … face … that terrible, terrible face.

Being the victim of an apocalypse isn’t always fun. Being the cause of one, however, is never anything but awesome. Sim City lets you be the author of your own world’s destruction — and let’s face it, that’s what we all played Sim City for!

While you can be a benevolent deity and build a Utopian world where everybody lives in peace, it’s much more fun to create your own end times, and Sim City lets you do that in a variety of malevolent ways. Earthquakes, nuclear meltdowns, meteors, aliens and monsters — you’ve got a treasure chest of classic world-enders to make your dream of humanity’s termination come to life.

It’s always better to give than to receive.

Classic Square RPG Chrono Trigger had its own end-times scenario — as nearly every Square RPG used to have. The Day of Lavos is the day in which an eponymous volcano rises from the planet’s crust and erupts, bathing the world in molten death and destroying all human life. It’s prophecies to appear in 1999 at 1:24 on an unspecified date.

Of course, that was 1999, and it’s now the year 2011, so it never happened despite all the prophecies. It’s said that the nutjob who predicted this particular apocalypse did some impressive backpeddling on his radio show the following Monday.

Enslaved: Odyssey to the West

When one thinks of the end of the world, one typically imagines darkness, dreariness, and general misery. The post apocalyptic world of Enslaved bucks trends, however, by presenting a world where nature has taken over after most of humanity’s been destroyed. Yes, there are murderous robots who are out to enslave or kill anything left alive but … but look at all the green!

Blue skies, lush forests, and pretty flowers dominate the landscape, seeming to hint that the decimation of humanity was actually pretty good for the planet as a whole. Pollution is down and trees are up. It might be a lose for us, but it’s a win for the people who made Fern Gully.

Primal Rage is set on a planet Earth that was hit by a devastating meteor strike. Civilization has crumbled, technology no longer exists, and the remaining humans have become tribal morons, barely above the status of cavemen. Oh, and giant monkeys punch dinosaurs in the face.

This fighting game’s personal take on the end of the world sees bipedal snakes, fire-breathing dinosaurs and farting primates battle for dominance, with humans being little more than snack food for their oversized animal Gods. If that’s not one of the greatest ends of the world in videogames, I don’t know what is!

With a name like Apocalypse, this PlayStation One shooter’s inclusion was pretty much assured. It provides a classic end-time scenario, too — plenty of gun, heaps of rock music, and Bruce Willis saying “Suck on this!” over and over again. God damn I loved the nineties!

A mad scientist established a theocracy and artificially manufactured his own Horsemen of the Apocalypse in order to bring about the Rapture. Willis steps up to the plate as the brilliantly named Trey Kincaid, ready to take on the legions of the damned. Oh, and when you beat the game, you turn into a demon for no reason.

Fragile Dreams is my favorite game that I don’t really like. A very odd case of bad gameplay being covered up with a genuinely heart-tugging narrative and engaging atmosphere, there’s so much that this game does wrong, and yet so much it does right. It’s definitely one of the strangest games this generation, and one worth checking out if you’re the very forgiving type.

In any case, the post-apocalyptic world of this Japanese adventure game is mysterious, evocative, and more than a little sad. Weird characters such as chicken-headed merchants and sexually ambiguous androids populate the world, and a pervasive theme of extreme loneliness colors every event. It’s a truly beautiful world, and thoroughly depressing to boot.

I love this game, even though I don’t like it, and it’s all thanks to the wonderful apocalypse that it paints.

Oh shut up, you knew this one was coming, as obvious and trite as it is.

For those not in the know, the Left Behind franchise is a controversial series of books, movies, albums and games written by Tim LaHaye and Jerry Jenkins, two men who spend their lives thinking about their deaths, typical of certain Christians who are obsessed with the Book of Revelation and wish that the world would end because apparently it’s so just so horrible here. LaHaye is also a noted homophobe, who believes gay people are “militant” and “vile.” Charming.

Left Behind: Eternal Forces is based on the Biblical notion of the end-times, as players join the Tribulation Force, a Christian organization who apparently didn’t go to Heaven when the Rapture came. Players have to battle the Antichrist and convert sinners … or kill them. With stereotypical views of ethnic groups and a gender-based class system deemed misogynistic by some reviewers, it’s hardly surprising that the game sells quite well in Texas.

Now if you’ll excuse me, I’ve got to get my suit pressed. Don’t want to look scruffy when the Big G comes for me.

While I’m getting ready you can check out Flixist’s post on the worst apocalypse films from modern times and Japantor’s on their friend world endings.