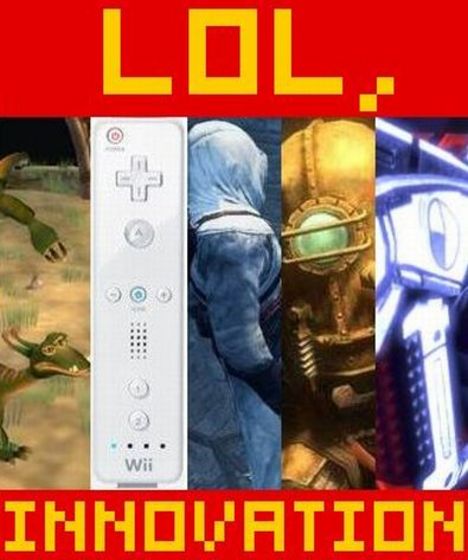 We are alive during a very important time in gaming. The 360 and the PS3 are capable of things never before imaginable on a home console. The Wii, for all its flaws, may revolutionize contemporary control mechanics. And several upcoming games, with (relatively) close release dates, may also do their part in changing the face of gaming.

These games don’t do anything outright revolutionary — for the most part, many of these games simply take existing genres (the space RPG, the action game, etc) and implement one or two wholly original game mechanics that change the way the entire title is played. With any luck, two things will happen: firstly, the mechanics will be as innovative and useful as they have been hyped to be. Secondly, these mechanics will be adopted by the developer community and large, and we’ll see a lot more of them.

So, do you want to see which five upcoming titles will change the face of video gaming? Of course you do.

Firstly, let it be said that I am not a “tech” guy. I don’t know the difference between 1080i and 1080p. When buying a new computer, I never know which graphic card to purchase. I have only a vague idea as to what a “gigahertz” is. So when I speak of gameplay innovations, I mean exactly that — innovations relating to gameplay, not just graphics. Things that all players from all walks of life can appreciate. Things that change the way a game is, not just how it feels.

Secondly, this list will also be unranked because I goddamn hate ranking stuff. 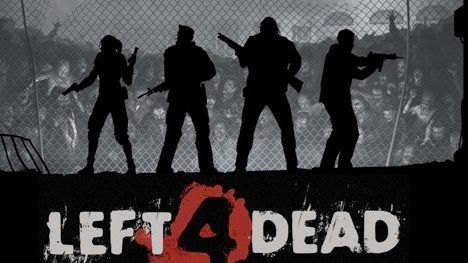 Question: how do you give replay value to a linear, multiplayer horror game with only a few maps? Invariably, the maps will become stale: players will learn exactly where and when enemies will come from as they memorize the placement of enemy triggers. What was originally a terrifying and suspenseful map soon turns into standard shootemup affair once the map has been fully explored and memorized.

Unless you’re the developer behind Left 4 Dead, and you decided to eschew any sort of scripted event triggers in favor of a gameplay innovation that will either revolutionize enemy placement* in video gaming forever, or single-handedly enslave the entire human race through its superintelligence: the Director AI.

The idea is that the Director monitors the assumed “stress level” of the players during any given game. If the survivors haven’t been hit with a zombie attack in a while, he initiates one. If the survivors have been fighting like mad for the past ten minutes, the Director gives them a break and  time to regroup. The Director exists to dole out alternating periods of action and calmness — peaks and valleys, as the developers so frequently state.

Not only that, but the Director determines everything about the attack: not only when they attack, but which types of enemies will appear, and where they will spawn from. If the 411 preview is to be believed, then the Director’s presence makes it so that no two rounds of Left 4 Dead are ever the same. In a game that lives and dies on its ability to terrify the player, what more could you ask for? 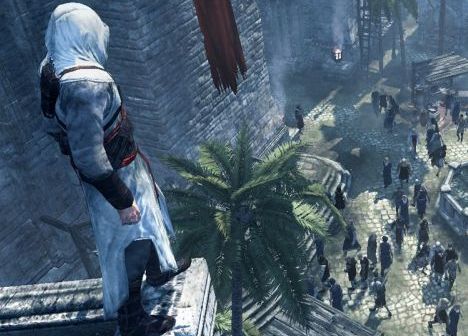 One of the biggest problems in modern action gaming has been how to define the player’s ability to traverse an environment. For the most part, areas the player can or cannot climb, jump, or grab onto are clearly marked: in the Zelda games, for example, you can only climb walls covered in green vines. Assassin’s Creed don’t play that.

Consider Assassin’s Creed a virtual freerunning game — every piece of architecture that juts out more than two inches is climbable. Instead of the developers forcefully telling the player where he can or can’t go, the environment is realistically designed and it is up to the player to decide how to use it. You can climb up brick walls, traverse rooftops, and leap from ledge to ledge, without the hand of the developer coming down and either forcing or forbidding you from doing particular things in particular ways.

Up until AC, the most nonlinear “assassination” game available has been Hitman: Blood Money. There are literally dozens of ways to kill a given target in Blood Money, all of which have been meticulously programmed and implemented by the good people at IO Interactive. Now imagine combining the wonderfully varied methods of assassination found in Blood Money with a totally nonlinear method of level transportation, and you’ve got more ways to kill human beings than you can shake a goddamn stick at. 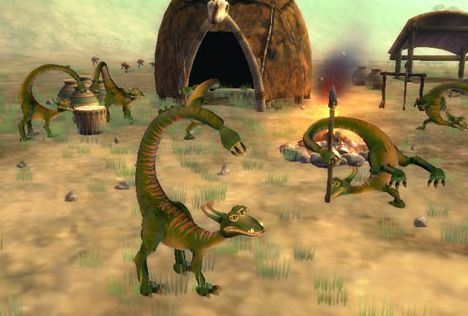 In many ways, procedural generation is simply an extension of everything Will Wright cultivated in the Sim games — user-created content helped along by an intelligent and dynamic system of rules. In Spore, every single creature animation is developed on the fly by the generator. This not only makes things easier for the developers, who no longer have to individually create every single creature animation, but it creates literally endless possibilities for the player. Want to make a creature with only one leg, or one with its ass where its face should be, and vice-versa? Go ahead — the procedural generator will figure out how your character will walk, fight, eat, and reproduce.

Spore’s procedural generator makes the entire game a playground for the user: whatever the user can think up, the procedural generator is capable of creating (for the most part). While many developers have attempted to create literal worlds for the player, Spore’s procedural generator is the first gameplay innovation that allows the player to create those worlds without developer restrictions. Not only do your creatures dynamically learn how to walk and kill and screw, but the buildings they create, and the societies they develop, all emerge from their original designs. Races built for combat will become more warlike and create armored buildings and vehicles, where herbivores will create humble homes in their peaceful society.

Not only that, but the lack of developer-created material means that, when the player uploads his or her creatures/buildings/vehicles/worlds onto the massive Spore server where other players can download them, the file size will be incredibly small (only a few KB per item, according to Wright). The procedural generator will not only make single player gaming  more nonlinear and user-defined than ever before, but it’ll make the game’s multiplayer aspects a lot easier to access and utilize. 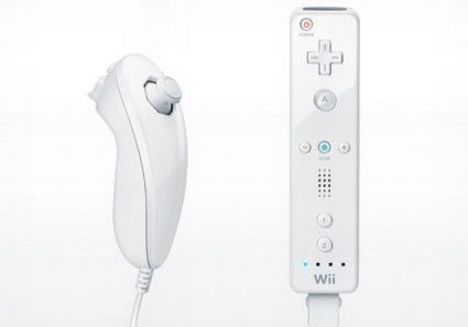 Alright, I’ll admit that no game in the next year will even attempt to tackle as daunting a task as implementing one-to-one melee combat on the Wii, but it has to happen eventually. At this point, it’s impossible to definitively say if one-to-one swordfighting is even possible on the Wii, but, more likely than not, it’s probable that the Wii can handle it. WarioWare: Smooth Moves showed us that the Wii can handle all different sorts of one-to-one movement (including an actual swordfighting game, though the player is only allowed to block). It’s only a matter of time until one enterprising developer combines all of these different control movements into one quasi-fluid, one-to-one swordfighting system.

Literally anyone who has ever heard of the Wii has probably thought up some of his or her dream games for the system, many of which involve swordplay. Whether we’re talking about a  nonlinear samurai RPG (imagine Way of the Samurai, but with better graphics and combat), or a Jedi simulator (imagine blocking blaster fire with the Wiimote before thrusting forward the nunchuck to force push a group of stormtroopers), players want a real melee combat game on the Wii. It’s only a matter of time until they get it. 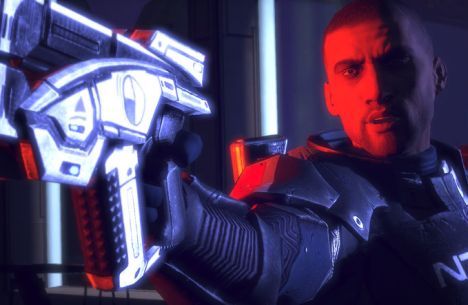 If you have to pick one thing on this list to be jaded and unsure about, make it Mass Effect’s real-time conversation system. Considering there have been practically no major updates on the game since February, it’s tough to tell whether the conversation system will be everything BioWare says it will be.

Hypothetically, as a character talks in the game, the player still has control. At any time, the player can interrupt with one of six dialogue choices presented in an onscreen radial menu, each choice consisting of one word each (“aggressive,” “complimentary,” “inquisitive,” etc).

Conversational responses — and again, this is all very, very hypothetical — will be context-sensitive, depending on exactly what the person has just said and when the player chooses to respond. If you interrupt someone too early, they may not give you the right sort of advice, but if you stop them at just the right time, you may get what you want.

The idea is to make conversation much more fluid than it has been in other BioWare RPGs; by a certain point, players will have subconsciously memorized the different responses on the conversation dial and will actively and effortlessly participate in the real-time conversation.

Of course, if the conversation system isn’t everything BioWare says it is, then it’s just a slightly gussied-up version of your typical RPG dialogue tree that has little to no impact on the overall game structure. Here’s hoping that isn’t the case.

If you’re unfamiliar with either engine, then watch the above video, then go here and watch the Digital Molecular Matter demo. Essentially, Euphoria is a physical AI system where each character, rather than just going limp upon death (as is the case with current ragdoll animation), will strain and move in an attempt to protect itself or latch onto other objects. DMM is a method by which destructible objects break and shatter in the way they would in real life, instead of simply breaking in predetermined areas decided by the programmers.

While these two main innovations in Unleashed may eventually contribute to unconventional physics puzzles or more realistic hand-to-hand fighting systems, they’re really just aesthetic improvements in their current state. Euphoria, as sumotori dreams taught us, can result in some hilarious and almost-realistic character movements without influencing gameplay in any tangible way. DMM may make explosions and destruction a lot prettier, but that’s about it. 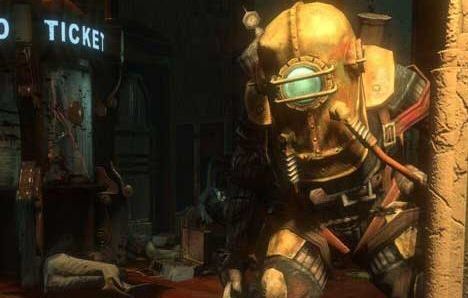 The idea of “emergent gameplay” isn’t on the top five if only because it’s really just a buzzword: a buzzword that represents complex, user-defined experiences and wonderfully immersive gameplay, but it’s a buzzword nonetheless.

Unlike the games in the top five, emergent gameplay is not a simple mechanic that can be copied and ported into other titles: it’s a word that describes detailed, complex interactions between dozens of behavioral and environmental systems that combine to form a gameplay experience. The entire Bioshock experience depends upon the interconnectedness of these separate systems, and “emergent gameplay” is just the phrase we’ve chosen to throw around to summarize those connections.

I’m looking forward to Bioshock as much as anyone else on the planet (maybe moreso), but the beauty and innovation in Bioshock is simply too big and too complex to be considered just one gameplay innovation unto itself. So don’t write me angry emails asking why I’m hating on Bioshock, because I’m not.

*FACT: The phrase, “a gameplay innovation that will revolutionize enemy placement,” is the single douchebaggiest series of words ever typed on the Internet.