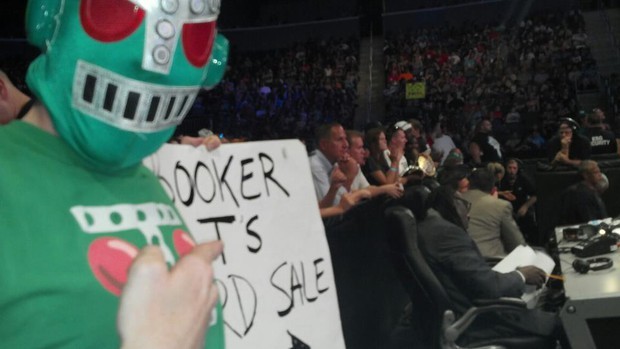 [Dtoid community blogger TheDustinThomas ranks his top 10 favorite videogame wrestlers. Because why not? Want to see your own blog appear on our front page? Go write something! –Mr Andy Dixon]

For those of you who don’t know, I spent 10 years as a professional wrestler. I use the word ‘spent’ because I recently retired. Mostly due to the fact that my back is all kinds of messed up and because I have a other things in my life that I need to devote more time to. Despite this, I still love the business, and if you’ve read any of my previous Cblogs, you already know that I love videogames. I started thinking about it and realized that professional wrestling and videogames have intertwined themselves quite often, not just with wrestling games, but characters in other games who play the part of a wrestler.

So what I want to do is count down the top 10 videogame professional wrestlers. I’m not talking about a list comprised of WWE stars who are the best in their games, I’m talking fake ‘fake’ wrestlers. LET’S GET STARTED! 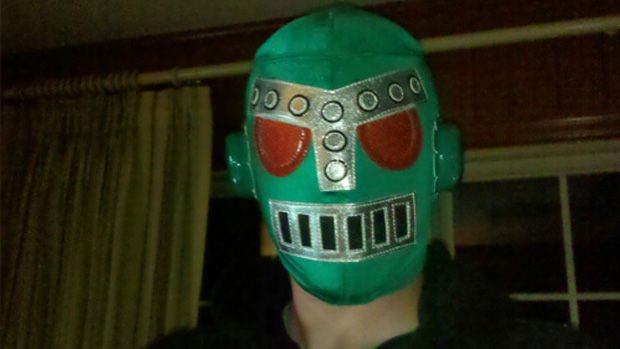 9. This Guy Who Can Put Himself in a Headlock (Pro Wrestling – Sega Master System) 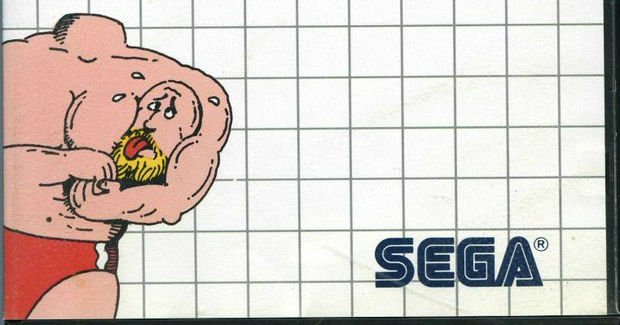 Not to be confused with the superior NES game of the same name (which I’ll discuss later), I have no idea if this game is any good, but when I was researching for this post, I found this and couldn’t not put in on here. He’s putting himself in a headlock. How is that possible? People used to praise Ric Flair by saying, “He could wrestle a broom and have a 5-star match.” Okay, but can Ric Flair decapitate himself and then put his own head in a headlock? Checkmate. 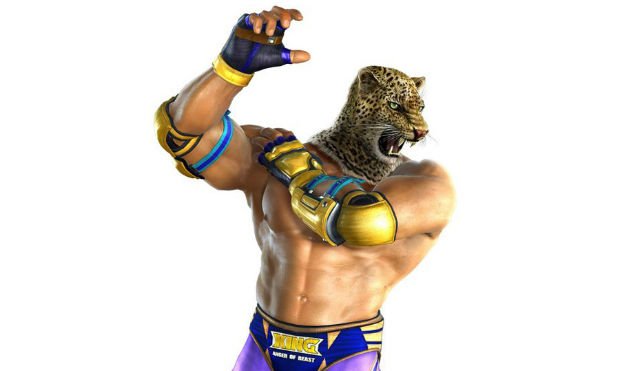 I didn’t play the Tekken series until the sequel, as it was the game that I bought with my PSone. At the time, I didn’t realize that King was a professional wrestler. I thought, “Well, if there’s a robot-man and a wrestling bear, then a half-man, half-cheetah makes perfect sense.” King’s look is inspired by the Japanese legend Tiger Mask, and his back story is the same as Mexican wrestler Fray Tormenta, who is also known as the wrestler who inspired the movie Nacho Libre. Yes, you heard that right. Nacho Libre is inspired by a true story. 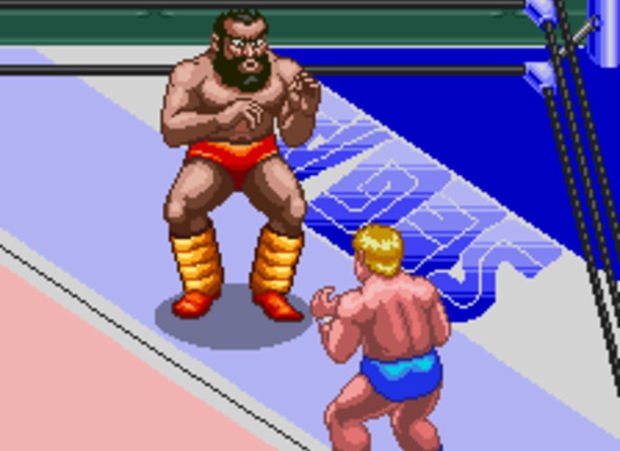 Wrestle War was a little-known arcade game from Sega that was later ported to the Genesis in 1991. I never played it, but in my research, I found that every wrestler you face was based on a real wrestler. Sledge Hammer gets the nod over the other characters simply based of the fact that he was based on one of wrestling’s greatest rebels: Bruiser Brody. Brody was a legend in Japan, Puerto Rico, and the southern United States in the 70s and 80s, and I actually modeled my look after him at one point because I was so in love with his look and wrestling style. I’ve never played Wrestle War, and likely never will, but any one designed after Brody deserves a spot on this list. 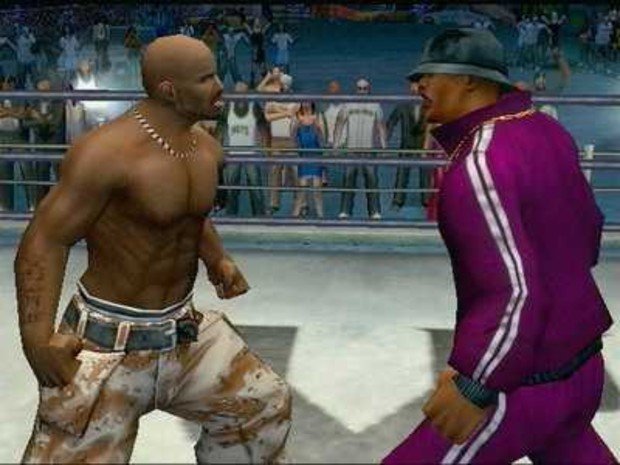 I passed on this game when it initially came out because I was in high school and hated any type of music that wasn’t under the genre of “Korn and Slipknot.” My friends, however, were all over this game. Once I saw it in action, though, my opinion changed. It’s comically over-the-top, and using a mixture of made up wrestlers and rap stars as your professional wrestling roster was just crazy enough to be a great idea. For the most part, I still don’t like rap music, but I love DMX. His lyrics are so brutal he may as well do a duet with Cannibal Corpse. I don’t have a reason to choose DMX over any other Def Jam rap artist for this entry other than the fact that it’s DMX, and he’ll murder me if I don’t include him here. 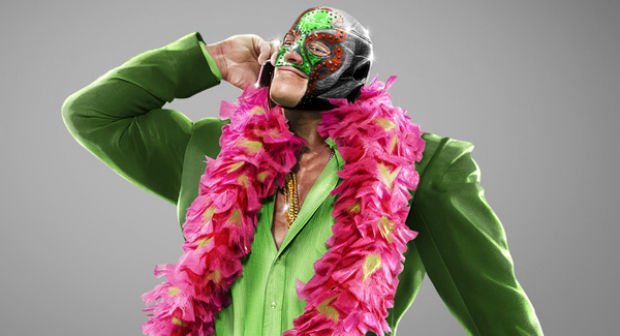 If I were ever going to join a gang, it would have to be a gang comprised of luchadores. You’ll notice that several of these characters were inspired by real professional wrestlers, and Killbane, the leader of the Luchadores gang in Saints Row The Third/IV, is no different. He’s inspired by arguably the greatest luchador that ever lived: El Santo. Killbane, like Santo, never removes his mask*, and finds it completely disrespectful for someone to refer to him by his real name of Eddie Pryor. Killbane even kills a fellow member of The Syndicate, Kiki DeWynter, for doing so. El Santo was the Elvis Presley of Mexico, starring in over 50 films (most of which are titled “Santo in…” or “Santo vs…”), and I would love to see Killbane receive his own spin-off series.

*El Santo only showed his face in public one time, shortly after his retirement on a Mexican television show, as a way to say goodbye to fans.

One of the very first blogs I ever wrote here on Destructoid was a retrospective on professional wrestling videogames, and I spoke at great length about the four Nintendo 64 wrestling games developed by AKI. In my opinion, those are the absolute best wrestling games ever made. WCW/nWo Revenge was the one that I played the most, and one of the best parts of the game is the fake wrestlers they included in order to increase the amount of characters. AKI Man is the best of the bunch (along with his alter ego: THQ Man). He looks ridiculous, sort of like a space-age RoboCop, and he taunts you by gyrating his hips and seducing you with his massive overbite. 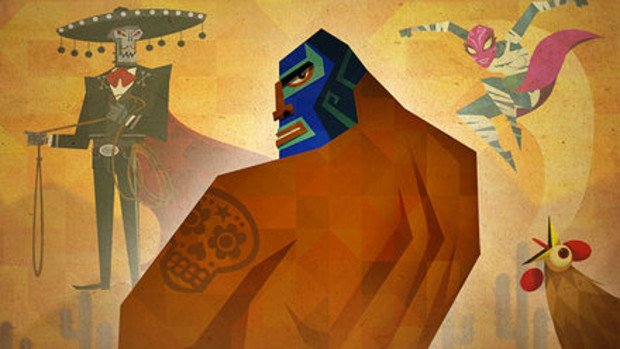 40% of the entries in this blog are luchadores, which isn’t surprising, as pro wrestling in Mexico is practically a religion. The masks make them appear like a superhero, and none more so in a game than Juan Aguacate. Why every luchadore needs to have a sad backstory or some sort of reason to become a pro wrestler is yet to be determined. Juan gets bonus points for appearing outside of a wrestling game and in a fantastic platformer.

Editor’s note: And it helps that you can cosplay as Mr Destructoid, too 🙂 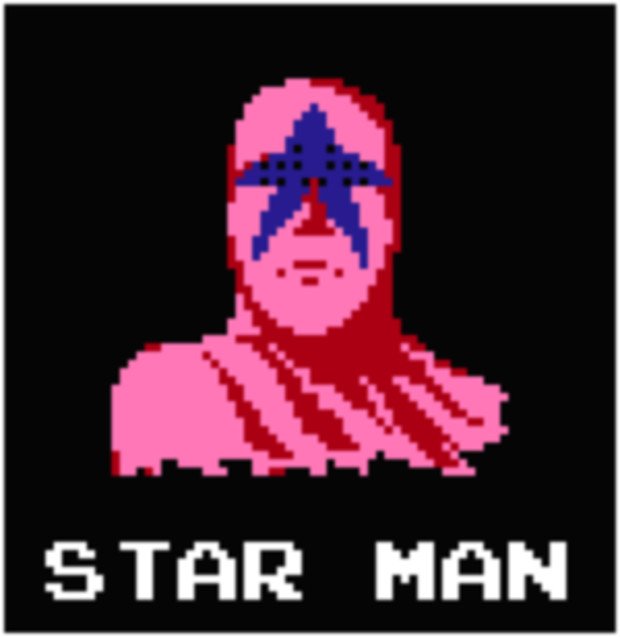 Pro Wrestling on NES is known for two things: “A Winner is You!” and Star Man. Other than that, it’s what you would come to expect for an early NES pro wrestling game. I played this game to death, and I refused to play as anyone but him. He’s become the undeniable standout from the game to the point that someone uses it as a legitimate gimmick now, so I’m not sure if he still counts as a fake “fake” wrestler, but I’m still counting it. 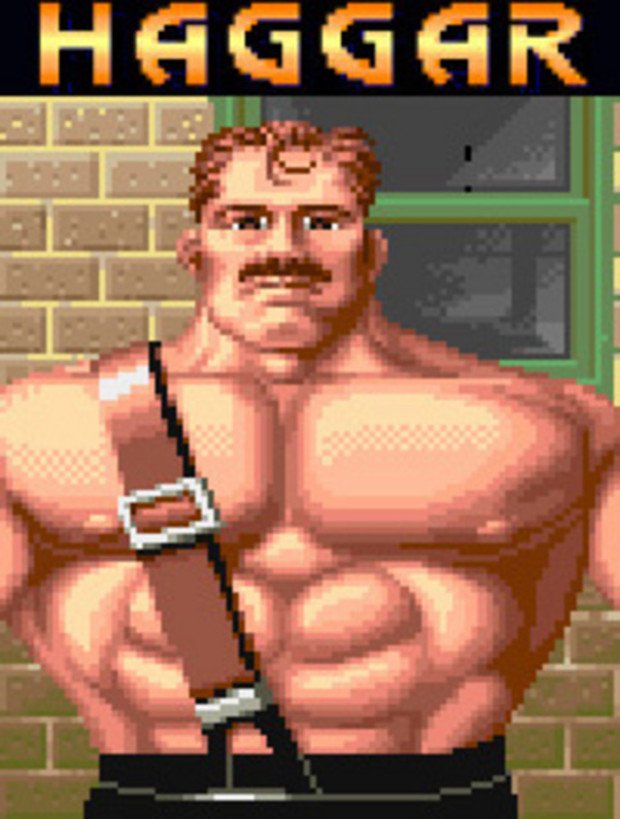 You knew this one was coming. Jesse “The Body” Ventura may have become governor of Minnesota, but Mike Haggar was Jesse Ventura before Jesse Ventura: the original political wrestler.

When Mike Haggar was elected the new mayor of Metro City, he took the crime problem into his own hands… or rather, his own FISTS! He has made cameos throughout several Capcom games, and he even returned to the ring (like every “retired” wrestler does) in Saturday Night Slam Masters. His raging pectorals make the women cry in adornment and the most hardened criminals cry in fear and envy. No one beats Mayor Haggar…no one.