I have been a fan of Jimmy Fallon for a long time now. I used to have to qualify that statement with something like, “I know it’s not cool, but…” These days it’s a lot more acceptable to enjoy his playful take on late night talk shows. Now when I mention seeing something on Fallon, there’s about an even chance that the person I’m talking to will have something nice to say.

For that reason, it has disappointed me that since making the move from Late Night and taking over The Tonight Show, the coverage of our favorite pastime has waned to nearly nothing. Even if it often amounted to watching advertisements or inept play, Fallon’s video game coverage helped set him apart from other late night hosts and it advanced public perception of games in general. 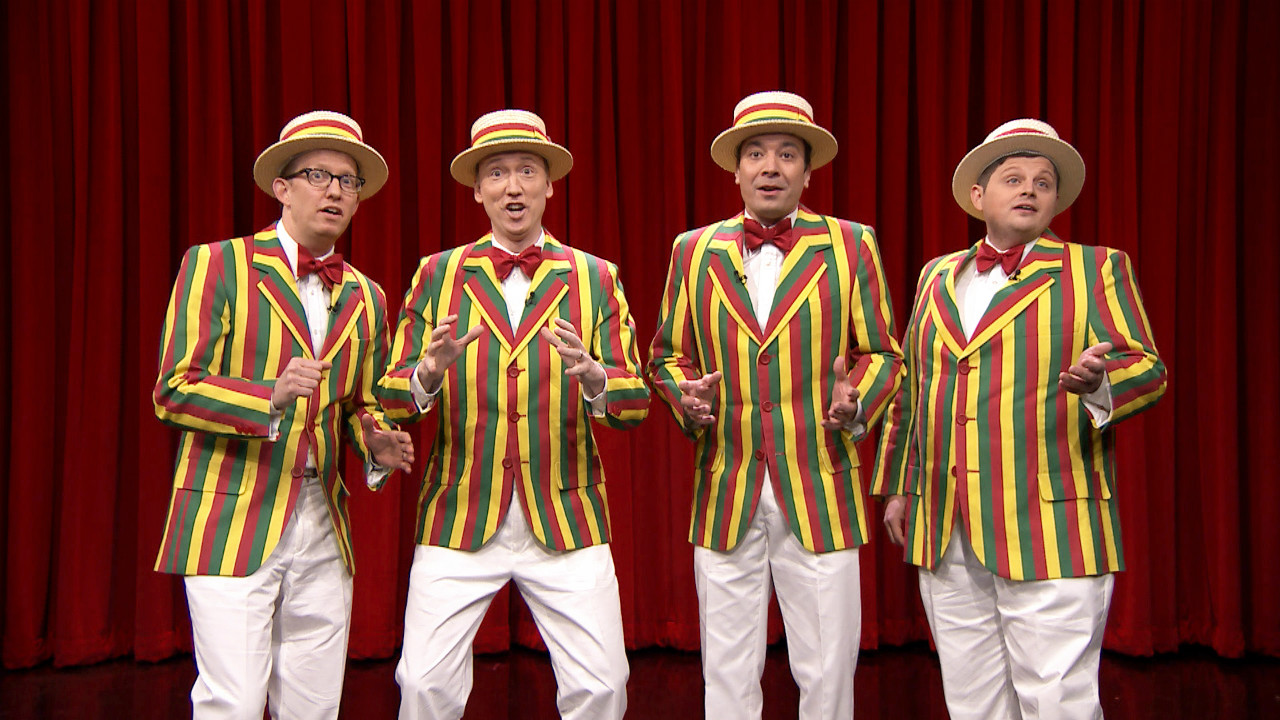 Before Fallon took over The Tonight Show, he said in an interview “It’s more eyeballs watching but it’s the same show,” in response to a question about possible changes in transition. In large part, that’s true. Segments like “Pros and Cons,” “Superlatives,” and “Thank You Notes” survived the move. Recurring sketches like “Ew!” and “Ragtime Gals” made the jump. Jimmy still plays silly games with his guests.

However, not everything that was around in the Late Night days is still here for The Tonight Show. Parodies of other shows like “Game of Desks” and “Joking Bad” are fewer and further between (though The Tonight Show has had “House of Cue Cards“).

Most sorely missing in the context of this post on a video game website is “Video Game Week,” which generally happened right after E3 and involved bringing game publisher executives in to demo games while Fallon flailed around ineffectually. Below is Nintendo CEO Reggie Fils-Aimé showing off Super Mario 3D World in 2013, not long before Fallon took over The Tonight Show.

During the week that aired, Late Night also showed off demos for PlayStation 4, Xbox One, Call of Duty: Ghosts, and Watch Dogs. All that was months before any of those released. Heck, the producers went so far as to book indie chip-rock band Anamanaguchi to play a set.

Also during that week, Howard Stern guested and lambasted Fallon on-air for covering video games, suggesting that he wouldn’t be able to feature such niche programming once he took over The Tonight Show. That was the fourth annual Video Game Week for Late Night, so I expected Stern’s comments would be shrugged off and we’d continue the tradition, just in a more valuable time slot.

E3 2014 came and went without a hint of a mention on Fallon’s Tonight Show. I noted its absence, but figured it might have gotten lost in the shuffle considering he had only begun his new hosting duties a few months before. Here we are now with more than a week passed since E3 2015 and no mention of a single game from the world’s most important gaming trade show.

In fact, despite being a video game enthusiast, Fallon has hardly featured any content related to the hobby during his tenure on The Tonight Show. The last cool thing I remember was when Pierce Brosnan came on and they played to one kill in GoldenEye 007. That was almost a full year ago.

Jimmy Fallon’s neglect is in stark contrast to Conan O’Brien’s “Clueless Gamer” series, which has improved a lot since its inception. O’Brien started with a marked disdain for gamer culture, indignation for having to feature games at all, and the same tired joke about video game enthusiasts living in their parents’ basements. Today, it’s clear that while video games were not a part of his heritage, he enjoys doing the segment and he is no longer outwardly antagonistic.

If nothing else, “Clueless Gamer” shows video game coverage can be successful on a mainstream show. Fallon is a lifelong gamer, and that experience ought to give him the leg up in the late night talk show video game arena but he’s ignoring that advantage.

In reality, Video Game Week was never a necessity for the type of people who write for or read Destructoid. Press conferences are streamed through Twitch, so gameplay videos and tech demos are available to watch immediately for those seeking it out. The greatest value in featuring video games on Late Night was in spotlighting a huge part of our culture to those on the outside. Someone who doesn’t play can listen to an interview with Jimmy Fallon and Ice-T talking about games, and that person may gain some newfound perspective for the medium. 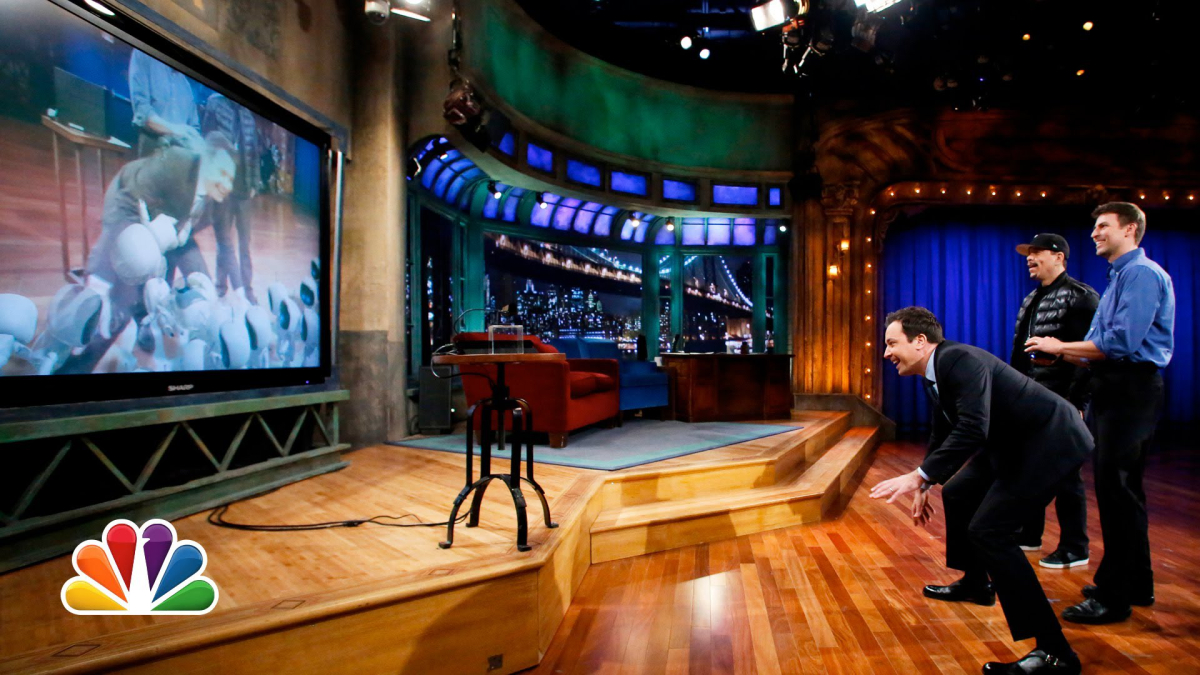 Fortunately, The Tonight Show‘s format would allow for video game coverage should the producers take it back in that direction. Not only could the show return to doing Video Game Week in the future, it could also pepper content in throughout the season.

Fallon and his crew have been known to do television parodies, so it’s feasible that they could instead do parodies of famous games. The Internet has produced plenty of gritty Mario reboots, but I can imagine The Tonight Show using a moderate budget and its team of writers to do something especially entertaining with the idea.

What I would really like to see would be for the segment after the first interview to feature video games. Normally, the first guest will play some sort of party game with Jimmy, like Catchphrase or Pictionary or flip cup or some weird made-up thing that gets everybody messy. Imagine if every now and then they played a round of Super Smash Bros. or raced a few laps in Mario Kart. Both are fast, recognizable, and easy to understand for non-gamers.

Going a bit further into the fantasy realm, I could picture any of the wealth of competitive indie games fitting that format. Jimmy could take on a single guest in Nidhogg or a group could get physical and compete in Johann Sebastian Joust. They could keep it simple for inexperienced guests with something like Divekick!, or they could challenge more game-savvy celebrities to a few kills in Strafe.

The point is that there is a lot of room for improvement. Jimmy Fallon and the current iteration of The Tonight Show might be disappointing me in this respect, but it could easily get back on track and be the show that lets the world know how cool video games can be.