Back in November of 2008, for my very first event coverage as a representative of Destructoid, I had the opportunity to be at the launch of the then-called Xbox LIVE Community Games. While many of the games on display were a little underwhelming, a large portion of games showcased were of high to decent quality with a solid element of fun. Playing underneath a barrage of techno music and in between bites of sushi and mini-burgers, it looked like these XNA developed games would have a bright future on the console.

Fast-forward nine months. While many of the great games I saw that night in November have been released, and some have had decent sales, Xbox LIVE Indie Games, as it came to be called, hasn’t done much more. Sure, games are coming out on a weekly basis, and good ones, like Solar have garnered attention, but the vast majority of products just sit there.

With the increase in popularity of apps on the channel and the quick shovelware nature of very low-level programmers flooding the channel, Indie Games has not been a healthy segment of Xbox Live. Follow the jump, and see what many in the XNA community feel needs to happen for this underappreciated portion of Xbox Live to survive.

Most of us can agree that the Indie Games branch of Xbox Live has been lackluster. After the release of the then-called Community Games back in November 2009, along with the rest of the New Xbox Experience, Microsoft has let that little portion of Xbox Live languish like a red-headed stepchild. With no advertising for good games, everything is just thrown out onto the network for those interested to check out. For all intents and purposes, it has just been sitting there for the small amount of people who might be interested.

To rub salt in the wound, it seems that the actual “indie games” portion of the title is not exactly an appropriate name. Sure, there are “games” being offered, but for every decent Weapon of Choice, Clover or Trino, there are untold numbers of products with the production values of a high school game design course and the gameplay finesse of a crappy Flash offering. The worst thing is that many of these so called “games” are worse than free (and higher-quality offerings) on the Internet. It is safe to say that many of the offerings are not worth any attention, much less a paid purchase.

Many XNA developers agree. Entrager, the Dtoid community member who developed Remote Masseuse, found that “If things continue the way they are now, it’s never going to go anywhere. The general vibe I get from other developers is that the service isn’t performing well enough and they are losing interest,” he said. Entrager went on to say that the service is not earning enough money for most developers, with many devs making only around $200 for their games. 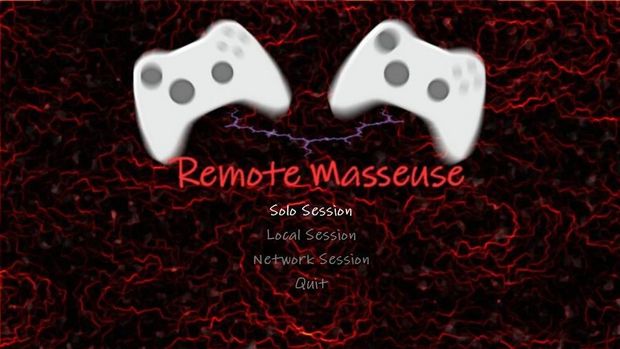 The biggest, oddest conclusion of the Indie Games channel is that the most popular games are well, not games. I’m talking apps. We’ve seen Jim review a clock, which is only the beginning of this interesting trend. A quick glance through the “other” designation of Indie Game offerings brings up a whole bunch of bizarre and untraditional “games”. Clocks, drum machines, typing tutors, Spanish lesson games, HDTV set-up guides, even calculators show that there are a lot of people out who think that software besides videogames can be done on the 360.

Nick Gravelyn, who runs Xbox Live Community Games Catalogue (a meta-critic of sorts for the Indie Games), is well aware of the situation. He is both a developer of games, as well as someone deeply entrenched in the Indie Games community. “I know a lot of developers are upset that these apps are “stealing” their money and feel the apps should be banned from the system.” [edit: Gravelyn went on to say that “My take is that those developers complaining are free to make their own apps if they feel it’s a more lucrative market. I don’t see the apps as competition to me because ultimately someone looking for a virtual fireplace is not likely to spend that money on a puzzle/shooter like Bloc. Or maybe they saw the fireplace and then found my game and bought my game or both my game and the app. So I consider us two inhabitants of the same ecosystem. If they are drawing new consumers into the channel it can only be a good thing.”]

Mommy’s Best Games’ Nathan Fouts, the creator of the positively received Weapon of Choice, shared his opinion. “As long as games are selling well I don’t mind the apps. I want all the quality games and apps to sell well. If people feel the need to have an aquarium or clock on their TV, I’m fine with it, as long as they buy two copies of Weapon of Choice. I’m pretty sure that’s not possible, so maybe they buy a copy of WoC for every ‘rumble’ game they get and a copy of CarneyVale Showtime for every screensaver app, that would be nice.” 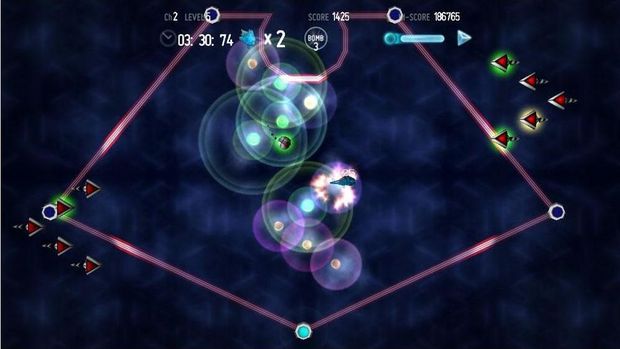 Brian Anderson, whose team Social Loner Studios developed What The!? has found that many of the limitations set into the Xbox make Apps poor tools for the console. He pointed out that limitations with the controller, the fact that the 360 is not always on, and that it is impossible for an app to automatically pop up (like the screensaver apps) are problematic. “So in conclusion, overall the Xbox isn’t a very good application platform.  The interface isn’t very good for apps, it isn’t always on, and nothing can run in the background.”

However, there are plenty of people who have found success with creating apps. On Destructoid, possibly the best known app is Remote Masseuse, one of multiple, uh, vibration apps for the 360 that turns the controller into  a “body massager”. As you know, it was created by Entrager, who doesn’t want me to use his real name for fear of long-term implications of creating a vibrator out of the 360 controller. Anyway, he had interesting things to say about the situation. “I even have a theory about the success of apps. If you look through the games, a lot of them have nothing to offer and don’t stand out in any way. Many of them are too similar to other games, either in Community Games or on Xbox Live Arcade. But apps provide something you can’t get somewhere else.”

Part of the problem lies with one person, or people rather, but I’m going to have to focus on Xbox Live figurehead, Major Nelson. While he has done well hyping games from the Indie Games side of Xbox Live, he is just as quick to jump on the novelty of vibrating controllers. This was a complaint brought forward by Catalin Zima, a mod on the XNA Forums, as well as developer on the platform, found that “…making a buy-worthy game quick is not as easy as making an average app quick. This caused consumers to apparently buy more apps. (Also the fact that Major Nelson and other sites advertised these apps had an influence).” He goes on to say “The unfortunate part is that this lead to sales of these apps to be higher than sales of games. So when finally sales numbers appeared in March, the ‘make-a-quick-buck’ developers saw that apps sold more, so decided to do more apps.” 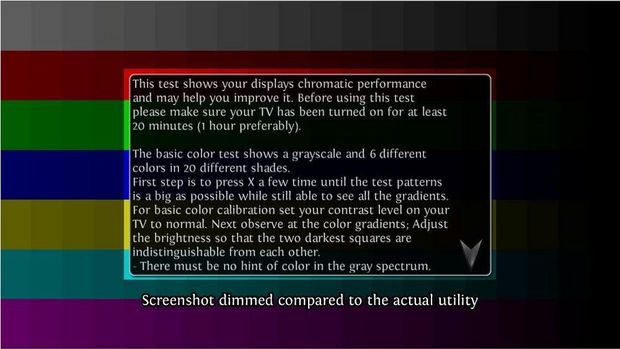 So what is it that can be done to solve this problem? Every single conversation I had with developers of Indie Games recommended that Microsoft release a separate “apps channel” on Xbox Live. Says Entrager: “Apps should be separated from games in some way. I don’t think a completely separate section is necessary, but an applications category would suffice.” Nathan Fouts, again, from Mommy’s Best Games, also offered similar advice to Microsoft, but mentioned “It may help consumers out there if Microsoft created two categories, such as a Community Games section and a Community Apps section. But plenty of gamers I’ve talked to having trouble finding Community Games in the dashboard in the first place.”

People having difficulty finding the Indie Games section of Xbox Live was a common complaint. Anderson mentioned that “Microsoft certainly doesn’t care what gets posted up.  For them Community Games seem to be second class citizens in their game world.  For instance when entering the ‘Game marketplace’ on the Xbox you are put at a screen that states ‘All Games’, which is very misleading since it doesn’t include Community Games.”

However, it can be argued that Microsoft set the foundation for a future of “apps” on the 360. We can see this with the recent announcement of Facebook, Twitter, and Last.FM as apps for the Xbox 360. Many current gadgets, such as the iPhone, iPod Touch, widgets on computers, DSiWare apps, as well as rumored applications on the PSP, have made inroads toward offering a service where users can create software and programs that change the idea of those gadgets can offer. If Microsoft can offer a whole new channel specifically to expand the ideas of what the Xbox 360 can do, they could find new life for these apps, as well as free up attention for the Indie Games. 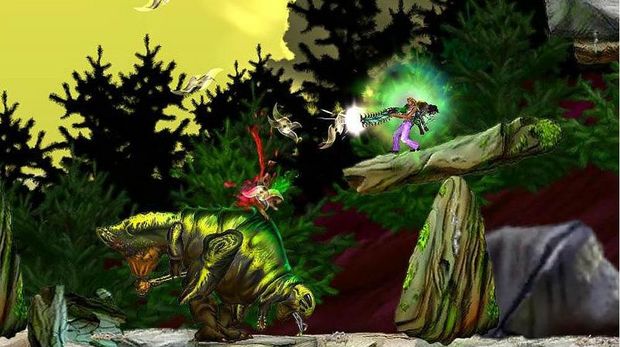 Another thing to take into account is for the future of the console. As we get to the release of Project Natal, the possibility of the Xbox as a platform becomes multiplied. Remember the scene with the girls chatting away on video and digitally trying on new outfits? As the functionality of the 360 increases, either with hardware or software, the flexibility of the device is going to change as well. Many of the developers I interviewed shared this opinion. Once again, this is a software and hype issue, something that can only be done on Microsoft’s end.

If Microsoft were to offer an apps network, separate from the Indie Games, people can flock over there for their calculators and HDTV set-up tools. What needs to be made is a perfectly valid place for perfectly valid software, and if Microsoft highlights the functionality of an App Store, (maybe tie it all up with a Zune HD app store, for example), they could have one more major feature to bullet on the back of the console.

The final solution that many of the devs agreed upon is the installation of a review system, much like the App Store on the iPhone. Let people make reviews on community games, force the crappy fart apps downward, and let the better games shine. And they have, as devs become more comfortable with the software tools at hand.

Steve Mulligan, developer of Pwned, found that “The quality of the non-game apps are good enough that people will spend their points on them now, however, games will get better as developers earn more experience, the XNA framework gets better (avatars, video), and the channel gets more exposure.” It is something Microsoft really needs to follow up on if they plan on making Indie Games a success. Otherwise, it is going to wallow as a failure for the 360, something that is wasting Microsoft’s, the developer’s, and consumer’s time.

In the end, I believe that Gravelyn sums this whole situation nicely. “Ultimately this is exactly what was bound to happen with such an open system,” he said, [edit “I’m not sure Microsoft expected to see massage games or a calculator, but that’s the beauty of opening up a closed platform. Lots of people want to make games for XBLCG, but some people just see the Xbox 360 as another platform on which they can make and sell their apps and I say good for them.”]