I’ve had a chance to check out quite a few games on Oculus Rift. From Japanese indie projects at BitSummit to the latest build of EVE Valkyrie, I’ve gotten a good look at the progress of developing virtual reality games from both large and tiny teams. Having seen the evolution of the technology, it’s easy to recognize that it’s getting significantly better, and, it’s all happening very quickly.

Meeting with Oculus VR at E3, I had the opportunity to demo three titles I hadn’t seen yet — Superhot, Lucky’s Tale, and Alien: Isolation. All were vastly different from one another, but each was damn impressive. 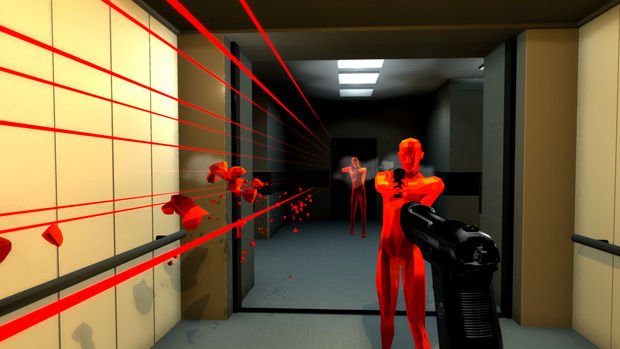 The first game, Superhot, was a concept title meant to showcase an interesting use of VR tech. It’s a bullet time simulator where you walk down a hallway as three enemies shoot at you. The neat thing here was that Superhot only moved as fast as you did. If you ran full speed ahead, it’d be impossible to weave or lean around the bullets, because they came at you at full speed. If you crept along slowly, it was much more manageable as the bullets also crawled toward you, nearly completely still.

Methodically leaning around bullets was supremely enjoyable, and almost made me feel as if I were dissecting the situation like I were solving a puzzle. Once in the rhythm of things, it wasn’t too tough to advance, but it still required great care. About three-quarters down the hallway, a gun rested on the floor. After carefully firing three bullets at the assailants, I moved just enough to let them reach their targets, which ended the demo.

Even though it was short, Superhot is the type of game that encapsulates the Oculus experience, especially for those that haven’t tried it before. It’ll be turned into a full production, as it recently met its Kickstarter goal. Superhot struck me as the exact type of title that Oculus VR wants in its stable as it introduces the Rift to the world. 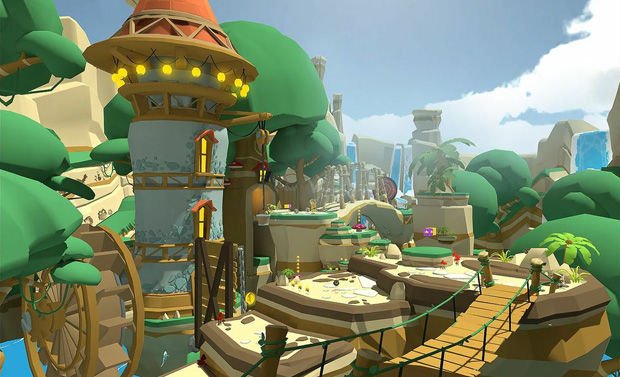 The next game was by far my favorite of the three. Actually, it’s my favorite Oculus Rift title I’ve ever played. That game is Lucky’s Tale, and it’s basically Super Mario 3D World  in virtual reality. It’s just as amazing as it sounds.

Controlling an adorable cartoon fox donning a cape, I worked my way through a level by leaping over gaps and power slamming on enemies. Obviously drawing from Mario, there were blocks to jump and break, spilling collectable stars all over the place. Eventually, bombs needed to be picked up and thrown at targets, with the head-tracking serving as the method of aiming.

Nothing in the demo was necessarily challenging, but that wasn’t really the point. The world on display simply popped with vibrant color. I found myself spending plenty of time staring in all directions to take in the scenery. I realized halfway through that I was leaning forward to get as close of a look as possible.

Lucky’s Tale isn’t the type of game that you can just look at and understand the magic of. Well, you could, but you wouldn’t fully understand. It’s just great to experience first-hand. And, it begs the question: If a small team can make something like this, what could a company like Nintendo do if it threw its vast resources at virtual-reality gaming? 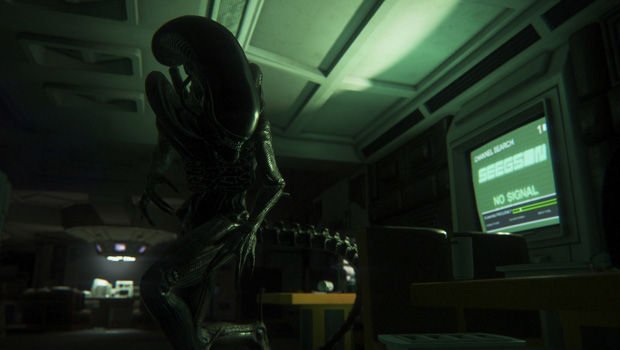 The last title was the one that I was most intrigued by — Alien: Isolation. Having previewed the game twice, I have a good idea of how it works. The demo was a three-minute affair, and the goal was only to survive. Equipped with my motion tracker, I crept along, trying to get a glance at the Alien, but without it seeing me.

The Xenomorph instills the same terrified sense that it does without a VR headset on. The atmosphere may be more immersive, but not significantly so. However, I didn’t die before the three minutes ran out, so maybe that would’ve upped the ante. Given that it’s just a very brief slice of what Isolation could be, it’s difficult to gauge what the full version that Creative Assembly’s working on may end up like. But, it’s on-track to offer a different approach to Alien: Isolation that’s equally as impactful.

Those are the three new games that Oculus wanted to show off at E3. It makes sense why they chose those ones. All three offer a glimpse at different uses for VR and some of the directions that the technology is set to go in. Judging by these titles (and many that have been shown in the past), it’s tough not to anxiously await the widespread adoption of virtual reality.