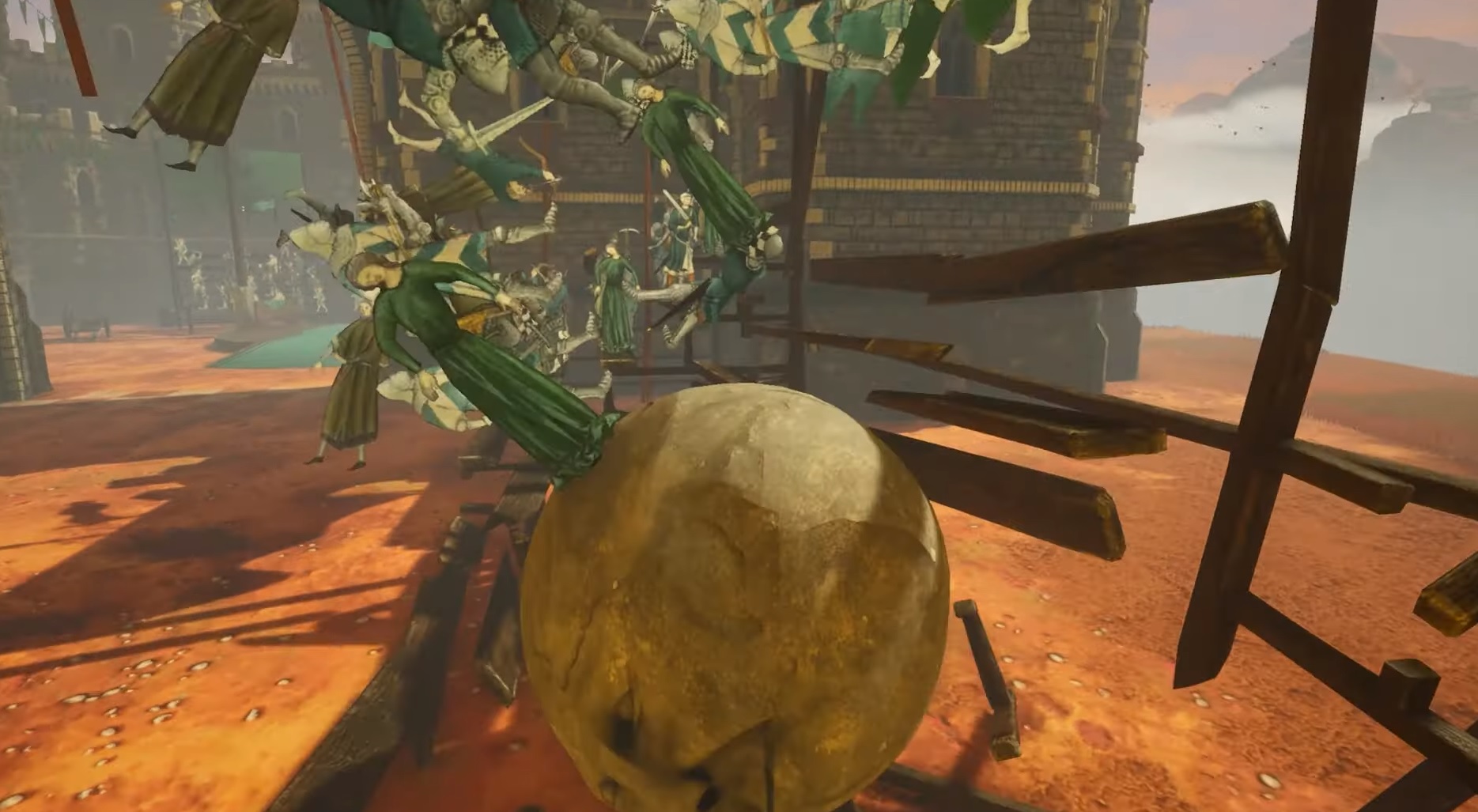 It’ll arrive on nearly everything, including Switch and Stadia

Announced in late 2019 with an “early 2020” target in mind, Rock of Ages III: Make & Break is finally arriving on pretty much every major platform (PC, PS4, Xbox One, Stadia, Switch), but not quite so “early.” The official date for the third entry in the Rock of Ages series is June 2, according to a new video from developer ACE Team.

If you’re at all curious about the series said video is actually worth a watch, as it sits down with a few key members of the ACE squad and drills down how the studio was formed, and what the game is about. The key difference between this iteration and the previous two is that ACE added in a level editor, so you can roll your various boulders and destroy things created by other people.

As was announced a while back, it seems as if this is the first Rock of Ages game that will not be published by Atlus/Sega. Modus Games and 3goo are handling that this time around. End of an era! I always dug that Atlus specifically (before the Sega deal went through) supported really strange and out-there games.