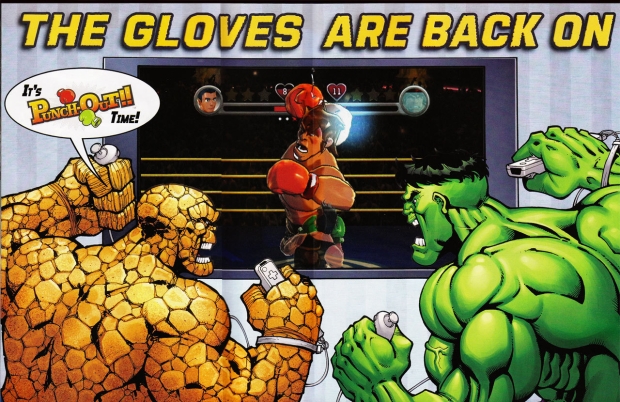 GamerVision caught this ad that’s appearing inside some big comics right now. As you can see, it’s the Thing and the Hulk battling it out through the new Punch-Out!!

This ad is completely unrealistic. First of all, look at the Thing’s hands. His fingers are way too big for the Wiimote and Nunchuk. No way would he be able to play Punch-Out!! or any other videogame for that matter.

And the Hulk? Well the Hulk is too stupid to be able to play a game. He barely has the motor skills to say “Betty”. So the thought of him being able to comprehend pushing buttons AND swinging the controls to play a Wii game is laughable. Laughable I say!