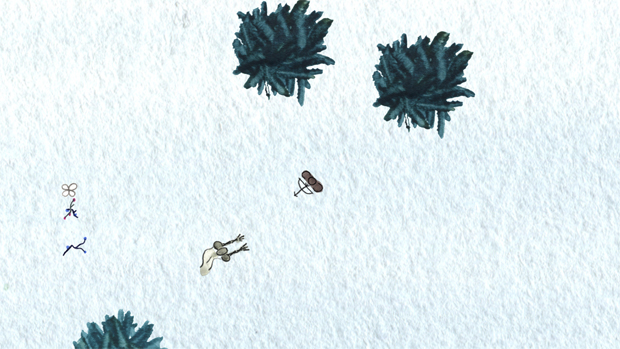 David O’Toole, developer of 2x0ng, has just released his newest game, The Testament of the White Cypress. Inspired by games like Ultima and Zork, Cypress follows a monk named Geoffrey as he explores a strange and dangerous world while getting caught up in something much bigger, which maybe includes some time travel? Cypress is a one man show, as David O’Toole did everything. The watercolor art, original soundtrack, writing, and the programming are 100% David which makes this game a labor of love through and through.

The game is a blast to explore and a great way to enjoy an afternoon. David considers this to be episode 1 of a “three episode thing,” and if people show interest, more episodes will come. So give it a go! Make sure you read everything, especially the tutorial in the beginning. You won’t get an objectives screen blatantly telling you what to do, so be sure to pick up on the hints from the various writings you encounter.

Oh, and if you enjoy it, don’t forget to give it a vote on Steam Greenlight!