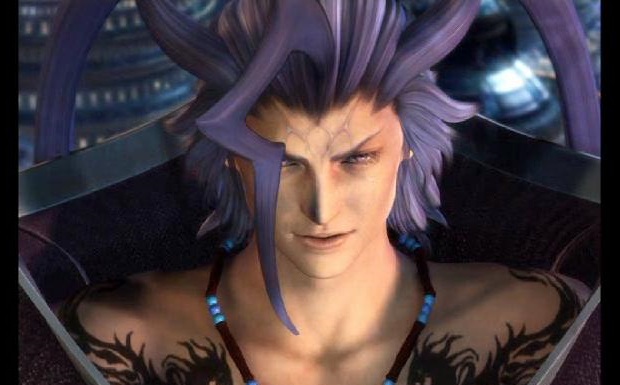 We all may complain after receiving a horrible haircut, but can you imagine what a videogame character must feel like after suffering the same misfortune? Once a game designer puts the pen to the digital canvas in the initial stages of game development, certain videogame characters are stuck with their terrible haircuts for the rest of existence. That’s pretty rough. (If that was the case in real-life, I would still look like this. Whew! Thank God for being human.)

Sadly, there are a ton of videogame characters out there with pretty bad haircuts, but which ones are the worst?

I am far from being an expert in this category, so, to help me, I contacted a professional hairstylist to help me pick the ten worst videogame haircuts of all time.

With a ton of pictures in hand, Larry and I sifted through a long list of some terrible videogame haircuts until we narrowed down the field to the top ten most offensive atrocities.

So, who made the unfortunate final cut? Hit the jump for the list … and to also see what helpful hair care advice Mr. Dunlap offered these poor style-challenged souls.

Now, if someone were to ask you what the most uncool thing in the movie was, what would you say? If you had to think of just one thing in all of Terminator 2 that was just a tad bit annoying, what would that one thing be?

And yet, for some reason, Leon Kennedy from Resident Evil 4 sports the same completely dated hairstyle. Hey, Capcom, couldn’t someone else from that movie have inspired you?

Move up a little, though, and things get out of control. Never mind the fact that Rufus’s hair only seems to grow out of tiny spot on his head, but why in the heck would he take this awkwardly long tuft and braid it into such a feminine, tightly wound ponytail?

To be fair, I don’t know what I would do if I only had six strands of hair. There aren’t a lot of options if you are cursed with that unfortunate scenario.

But I can tell you this: If my hair count was similar to that of self-proclaimed “Dungeon Master” Brick Road from EarthBound, I would do anything but stick each hair out to the side like a crazy person. Would you trust a guy that looked like that to navigate you through a tricky, monster-filled dungeon? No way!

Of all the horrible haircuts on this list, General Lionwhyte’s ridiculously out of control hair in (the underrated?) Brütal Legend is the one I secretly love. I mean, it’s absolutely horrible, but there is something about how large and gloriously out of control it is that appeals to me.

In a way, Lionwhyte’s hair is so bad that it’s good. Kind of like the hair version of Showgirls.

The first time I played King’s Quest V I was so impressed by the game’s revolutionary VGA graphics and point-and-click gameplay that it instantly became one of my favorite adventure games of the time.

But then later in the game protagonist King Graham was captured by the harpies and I threw up all over my computer monitor.

Look at that hair. It has the power to induce vomit! TURN AWAY FROM THE SCREEN AND QUICKLY SCROLL DOWN!

Daryan Crescend from Apollo Justice: Ace Attorney has a sweatshirt with a collar that looks like a shark’s mouth. That is just awesome.

But you know what else he has? A giant phallic symbol protruding from the front of his head.

A giant phallic symbol with an exploding white tip.

VALENTINA HAS A GIANT DEAD BIRD ON HER HEAD!

My initial reaction: … seriously, is it her old pet? I am so confused …

Look at that thing. It’s like a giant lightning bolt that initially wanted to shoot up as high as it could go, but then, at the last minute, was, like, no, I’m cool, I will just chill all the way over here.

Such an odd, asymmetrical mess.

When I first heard they were remaking classic adventure game The Secret of Monkey Island with high-def graphics, I think I did what I always do when I get excited: I snapped into a Slim Jim.

But then when I saw the first images of the updated character design of main character Guybrush Threepwood, I couldn’t believe what I was seeing.

That hair. Seriously, what the heck is going on with that hair?! It is just so … big. And … weird.

At least they toned it down for the high-def remake of the sequel. Whew!

As former Destructoid editor Topher Cantler so eloquently put it in an e-mail to me once:

And, for the curious, here is a list of runner-ups that Larry and I came up with: (It was hard to narrow all these down. Yikes!)

So, what do you think? Do you agree that these are some of the worst videogame haircuts of all time? Did we miss any that are — gasp! — even worse?

Leave your picks in the comments!

Thanks again to Larry Dunlap for all his help and hard work on this feature. If any of you are in Raleigh, North Carolina and need a haircut, Mr. Dunlap is the man to call.

See you all at PAX!