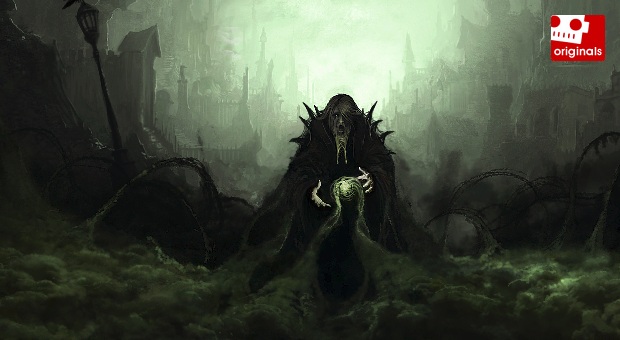 Yesterday I posted a list of the ten most awesome videogame wizards of all time. But, like anything in life, for every awesome wizard that stands by you, ice staff in hand, as you battle a chimera, there is an asshole wizard that does nothing but throw fireballs at you as you try to climb a cliff to rescue a damsel in distress. Ugh.

To be honest, I don’t like to use the word “asshole” a lot — it is rather harsh (although it is really fun to say). But I don’t know how else to describe these wizards. “Jerks” just doesn’t seem to do them justice. They are evil, manipulative, annoying … well, assholes.

When you read the list I think you will agree. 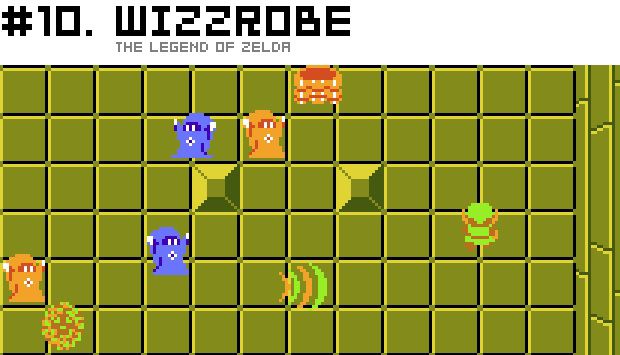 Okay, seriously, nothing annoys me more than fighting the Wizzrobes in the original Legend of Zelda for the NES. Not only do they fight you in giant groups, they teleport all around the room so quickly, that it is almost impossible to dodge their spells and hit them before they disappear again. UGH! 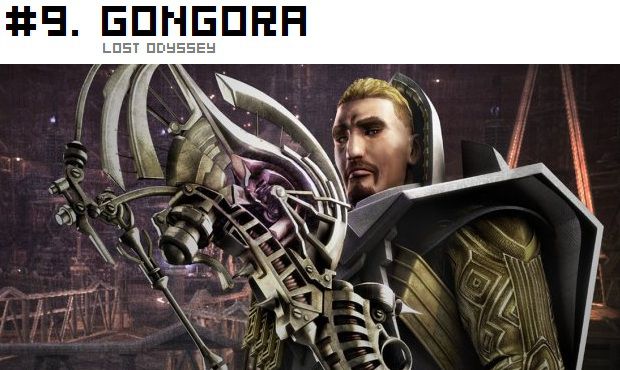 Wait, you had an indirect hand in [SPOILER]’s death?! YOU DICK! 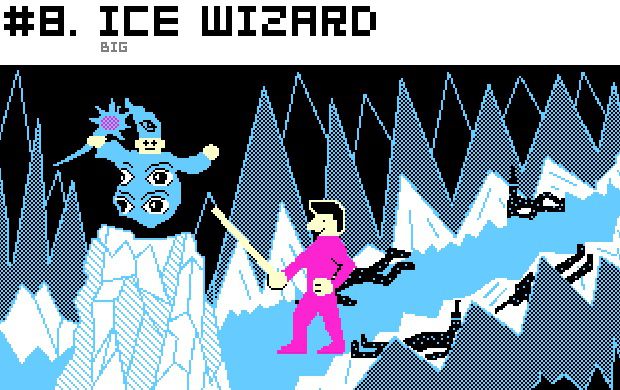 The nasty ice wizard makes an appearance during the very first scene of classic movie Big, as main character Josh Baskin confronts him while playing a fictional computer game. Click here to try out the short, nostalgic game for yourself and see exactly what makes the ice wizard such an ass. 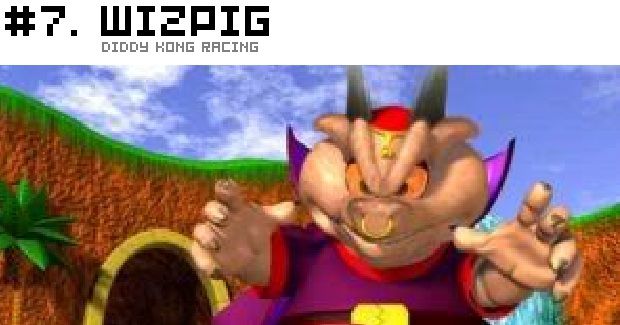 The first race against Wizpig during the final levels of Diddy Kong Racing is SO FREAKIN’ HARD! AHHHHH! SCREW THAT PIG WIZARD! 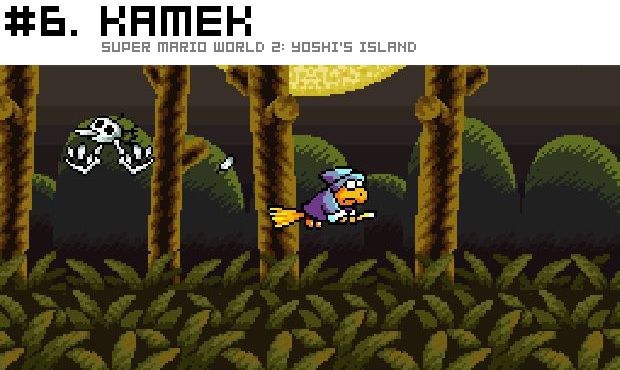 Remember Grover Dill, the lackey to Scut Farkus’s bully in the 1983 comedy A Christmas Story? That is Kamek in Super Mario World 2: Yoshi’s Island: loud, obnoxious, mocking, but afraid to actually fight for himself.

Every time he confronts Yoshi at the end of every fort or castle, he just uses his magic to mutate an already existing, seemingly helpless enemy. And once this new boss grows to screen-filling heights, Kamek just flies away, laughing. 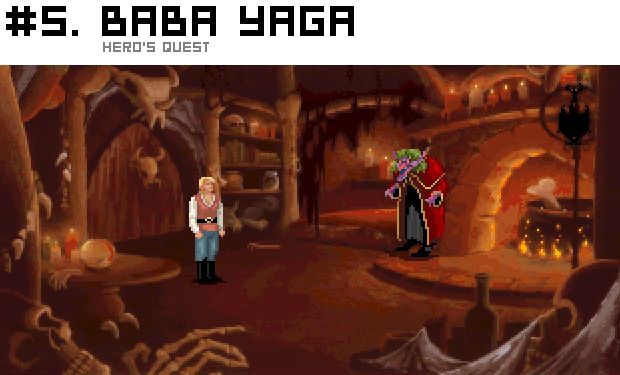 The eerie music. The strange, twisted house held up by chicken legs. A cryptic rhyme. A timed fetch quest. Being turned into a frog and boiled alive. Confronting Baba Yaga in Hero’s Quest is challenging, tense, and absolutely terrifying. 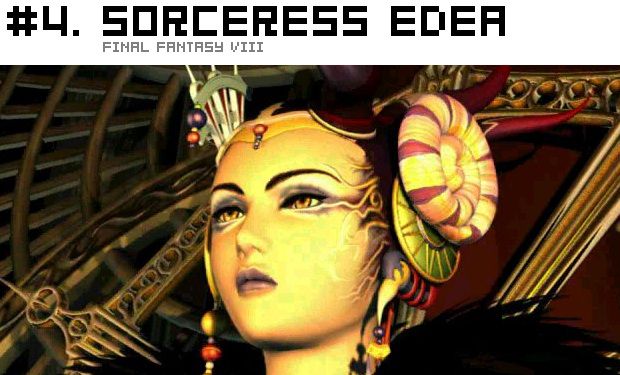 Possessed by Ultimecia, Sorceress Edea in Final Fantasy VIII is an evil, if misunderstood, villain. But her inclusion on this list is more because of a personal experience than anything.

The first time I played through Final Fantasy VIII, I had not drawn a lot of magic or upgraded my weapons. I pretty much did nothing but build up my summons until they were remarkably powerful. It seemed a good idea at the time …

Later in the game, when Ultimecia leaves Sorceress Edea and enters Rinoa, I could no longer use my summons, as they would always attack all and harm Rinoa (something you must avoid at this point in the game). Because of this, I couldn’t beat the game, and had to quit after 30+ hours of playing.

I have never forgiven Sorceress Edea since … 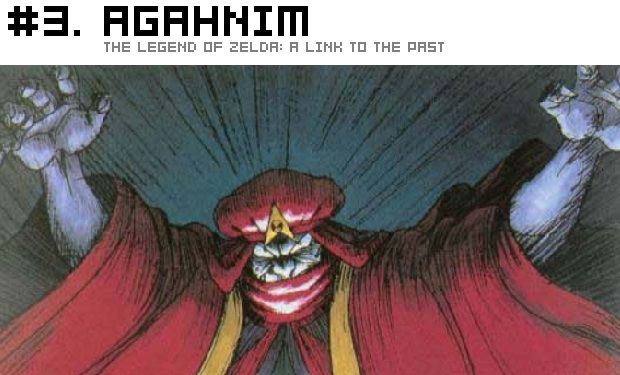 Do you remember the first time you walked into the secret room at the back of Hyrule Castle, only to see Agahnim zap Princess Zelda into the Dark World? Oh, that really chapped my hide! And, is it just me, or did it take you the longest time to figure out you had to reflect back Agahnim’s attacks when fighting him?

Oh, it is just me? Whatever, Agahnim is a jerk. 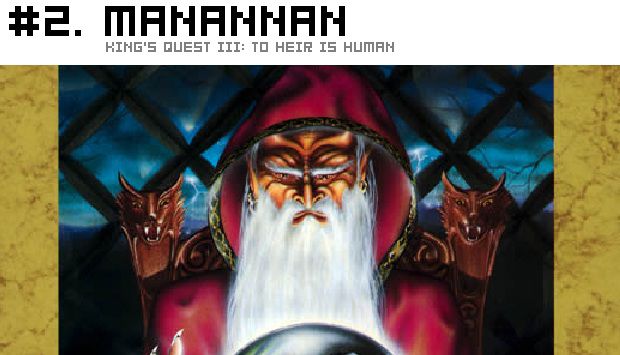 Maybe my second most feared videogame character of all time, the wizard Manannan from King’s Quest III makes the hairs on the back of my neck stand up just by typing his name.

During the first, extended part of the game, if main character Gwydion is caught in the wrong room, with the wrong item, or in the wrong location, Manannan (who randomly appears) will kill him instantly, forcing the player to restart or load up an old save file. Yup, it is as brutal, scary, and infuriating as it sounds. 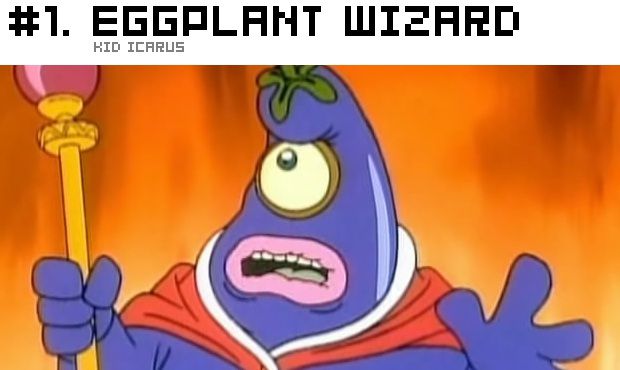 Anyone that has played Kid Icarus knows there is no other character hated more than the dreaded, horrible, massive asshole Eggplant Wizard. Not only is the Eggplant Wizard really hard to kill, but getting hit by one of his projectiles turns Pit into a defenseless walking eggplant, a state that can only be cured by finding a hard-to-locate nurse.

Oh, and did I mention THE NURSES ARE ALWAYS SO FAR AWAY?!

I don’t hate a lot of things. I hate the Eggplant Wizard. 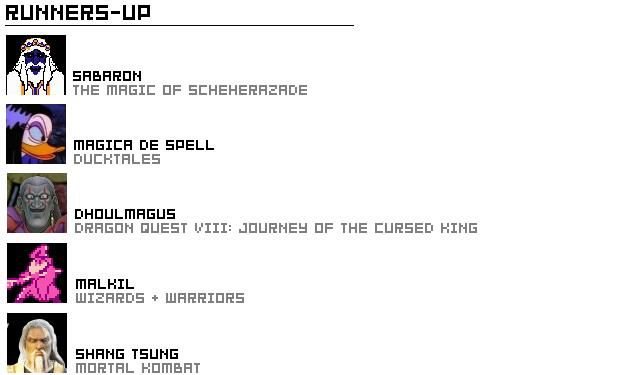 What do you think? Out of all the evil, annoying, nightmare-inducing wizards, did I choose the ten biggest assholes? What other magic-using jerks do you think I missed?

Compared to yesterday’s list, are there any wizards that should switch places?

And are there any videogame wizards that fall on both lists? Awesome assholes? Magus from Chrono Trigger, maybe?

Sound off in the comments!