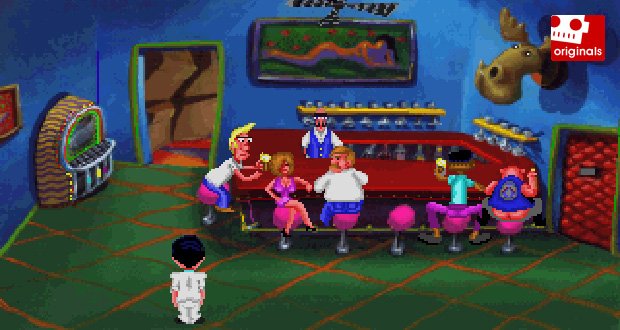 St. Patrick’s Day is this weekend, and, with that, comes a wonderful celebration of the patron saints and the arrival of Christianity in Ireland. Oh, who am I kidding? It’s St. Patrick’s Day: an excuse to wear green, pinch people, and drink lots and lots of beer.

But going to a bar on this holiday is one of the worst decisions you could ever make. Lines of people; overpriced drinks; people wearing obnoxious “Kiss Me I’m Irish!” buttons even though they aren’t Irish (and most likely couldn’t even point to Ireland on a map). All of this stuff does not add up to a fun night.

But I am here to help! Since I would never advocate excessive drinking (especially to the underage readers of our site), instead of heading to a real-life bar this St. Patty’s Day, how about you spend the day in some of the best digital drinking holes in the world of videogames? It’s safe, free, and you won’t wake up feeling horrible in the morning!

So in celebration of this most drunken of holidays, pull up a stool, start singing “Danny Boy,” and let’s visit the ten best in-game bars … EVER! 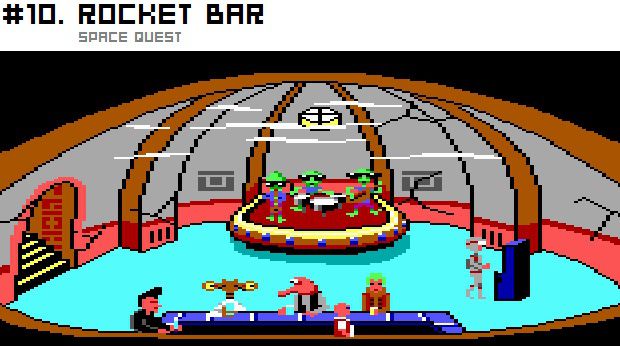 After crash landing on desert planet Kerona, space janitor/hero Roger Wilco eventually makes his way to a bar in the small town of Ulence Flats. Inspired by the Mos Eisley Cantina in Star Wars, the Rocket Bar is an oasis filled with a wide variety of drunken aliens and lethal drinks.

The highlight of the bar, though, is the slot machine in the corner of the dirty, sparse establishment. One of the most addictive parts of the game, the deadly slot machine minigame in Space Quest is an easy (and fun!) way to make a ton of money to buy a sleek new cruiser from the neighboring used spaceship emporium.

Sure, three skull and crossbones will instantly kill you, but that is part of the fun! What’s a good St. Patty’s Day without a few near-death experiences? 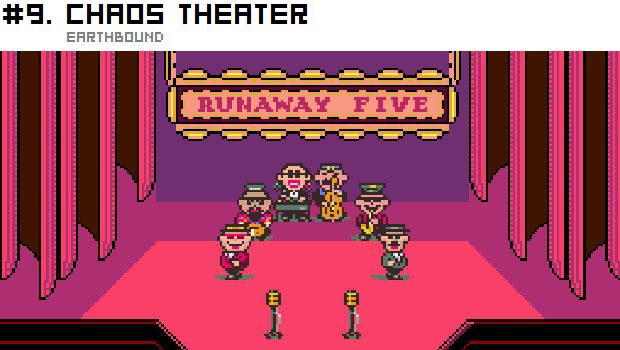 Technically, the Chaos Theater is more of a concert venue than a bar. And even though you can’t buy drinks in the game, we all know there has to be a bar somewhere, hiding just off-screen.

But the lure of secret alcoholic beverages aside, the real draw of the Chaos Theater is the venue’s central (and only) musical act: the Runaway Five. Spending a night listening to EarthBound’s awesome, ridiculous, six-person (?) jazz band would guarantee one of the best St. Patrick’s Days ever. 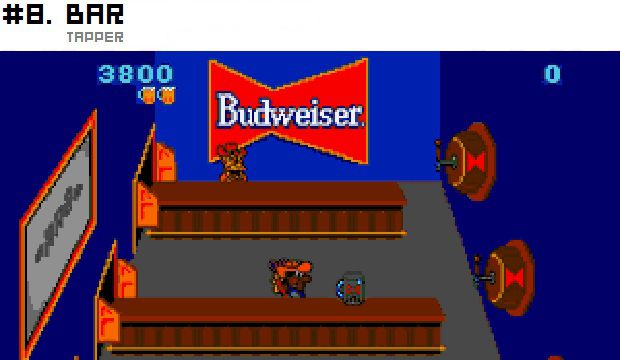 The bar in 1983 arcade game Tapper has both a positive and a negative.

On the positive side, non-stop beer! In the game, you play a bartender that must serve frosty mugs of beer to an endless barrage of thirsty customers. Seriously, the beer never ends!

On the negative side … that beer is Budweiser. 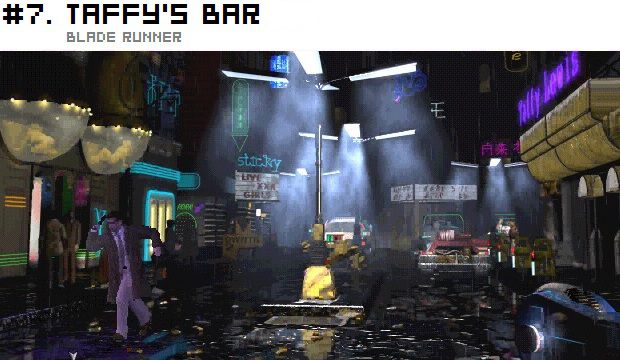 There are, like, a thousand different bars in the corrupt, futuristic world of underrated classic Blade Runner for the PC.

Okay, “a thousand” might be a bit of an exaggeration, but there are a lot.

The most memorable of these is Taffy’s Bar, if only because it features a heinously bad stand-up comedy act in all its full, pre-rendered glory.

But, seriously, if you haven’t played Blade Runner, play it. It is one of the best adventure games of all time. 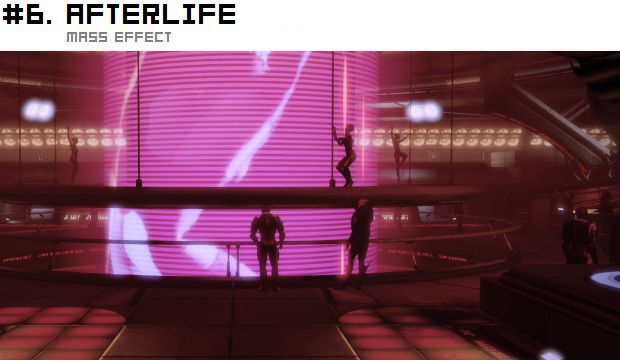 It’s like my father always told me: A bar is never a real bar without a plethora of asari strippers. 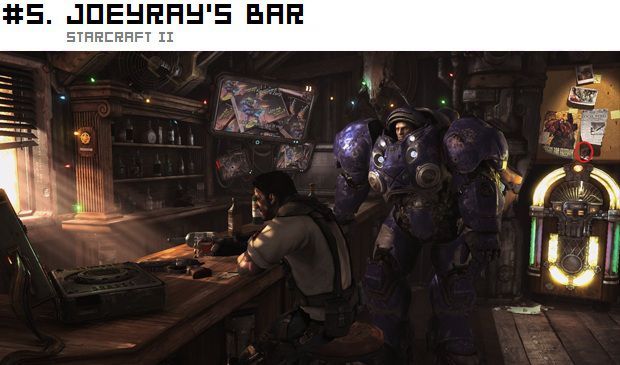 To be honest, there is nothing really special about the bar/command center in the early hours of StarCraft II. It looks like most in-game bars. Outside of the alien head mounted on the wall, it looks like most of the dive bars I frequent in Los Angeles.

Heck, the command center of StarCraft II could have been set in a Ruby Tuesday and it someone would have felt awesome because of Jim Raynor. 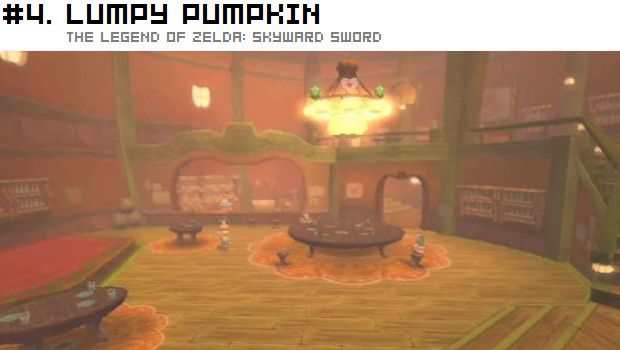 Best name for a bar EVER!

But they seriously need to fix the chandelier. That is a real safety hazard. 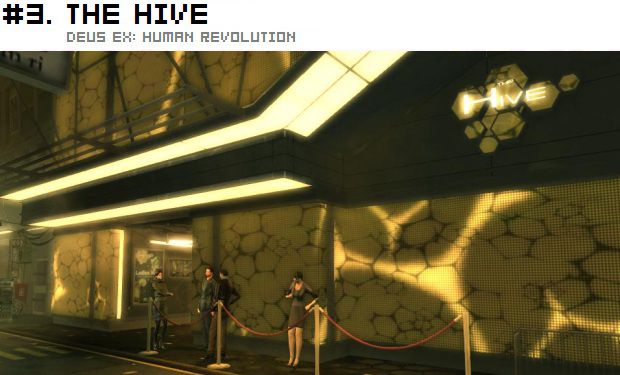 One of my favorite things about playing modern videogames — especially ones with realistic art direction! — is admiring some of the incredible in-game architecture.

Quite possibly the coolest-looking bar/club in any videogame I have ever encountered is in Deus Ex: Human Revolution. The Hive is so visually interesting and well-designed that I would love to see it exist in real-life. I could easily see myself being a regular there, traveling through ventilation shafts, hacking computers, and making scandalous deals with crime bosses — all while looking really cool. 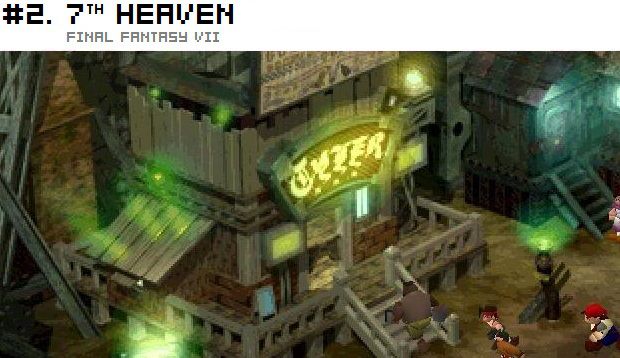 There are many reasons that 7th Heaven in Final Fantasy VII is one of the best videogame bars of all time.

1) It is owned by Tifa Lockhart, arguably the best character in Final Fantasy VII.

2) Access to the bar’s secret meeting room is triggered by a pinball machine. (And I love pinball.)

My God, I would love to see what a bar run by a four-year-old would be like. 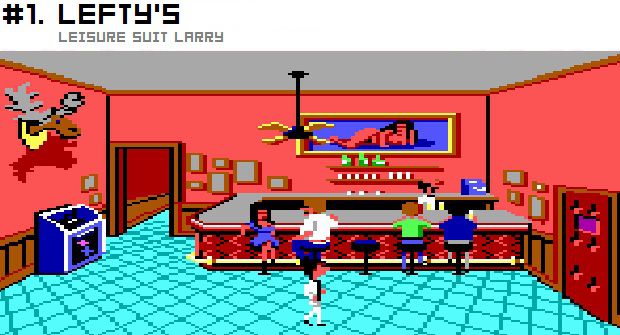 Of all the in-game bars on this list, no other one is as seedy, shady, dirty, and just plain gross as Lefty’s in the original Leisure Suit Larry.

And, for that, it is awesome.

Seriously, what other in-game bar will let the player drink, steal a ring from a disgusting bathroom, sleep with a hooker, escape from a room by jumping in a trash bin, and observe nude paintings of women in glorious EGA graphics like Lefty’s?

I feel dirty even describing it. 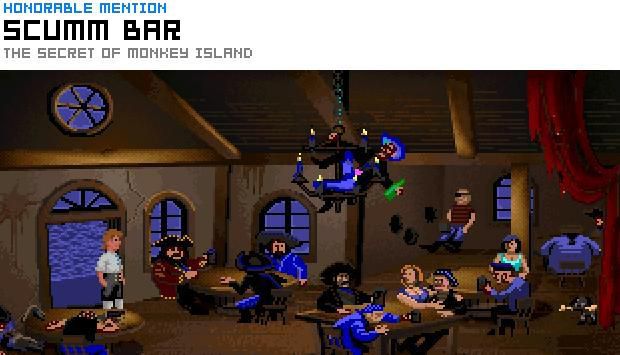 I am the first person to admit making a mistake.

When I posted this list earlier today, many people called me out for not including the incredibly awesome SCUMM bar from The Secret of Monkey Island. I was shocked I forgot it. The bar made the short list, but, for some strange reason — it must have been the work of LeChuck! — it did not make the final cut.

I slapped myself on the wrist and told myself I was an idiot for making such a stupid mistake.

One of my gaming heroes, Ron Gilbert himself, noticed the exclusion.

I knew I had to remedy the error.

So, the SCUMM bar gets an honorable mention. I adore The Secret of Monkey Island and feel it deserves at least that.

Sorry, Ron (and everyone!).

(UPDATE: Ron Gilbert has forgiven me. Whew! I won’t have to cry myself to sleep tonight.)

What do you think? Do you know any other videogame bars that you would love to have a drink in?