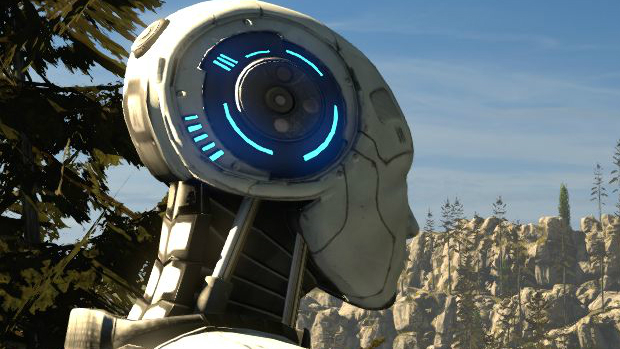 Follow Uriel in a previously hidden section of the simulation

Players who took the time to really explore The Talos Principle might recognize the name Uriel. Though the base game is seen through the eyes of a particular simulation participant, evidence of others exists in the form of QR code messages scattered around the environment. One such author is Uriel, a participant with a penchant for helping to collect the difficult golden stars.

Today, Devolver Digital announced Road to Gehenna, an expansion to The Talos Principle. Gehenna will star Uriel, following him through a previously unseen section of Elohim’s simulation. Writers Tom Jubert and Jonas Kyratzes are both contributing to the expansion, which will release in four episodes. Road to Gehenna is expected some time in spring on PC and later this year on PlayStation 4 and Nvidia Shield.