‘CREW, ROUTE ALL POWER TO SHIELDS’

Somehow, Yager’s take on gigantic tactical ships blasting the ever-loving crap out of each other stealthed under my radar. Dreadnought has been in closed beta since last April on PC, but it’s now coming to the PlayStation 4 as well. I played a five-versus-five match at PSX, and I came away from it with a big dumb grin on my face.

While many space combat games that have come out lately — No Man’s Sky, Elite Dangerous, and EVE: Valkyrie all come to mind — have been focused on weaving through the fray in fast-paced firefights, Dreadnought is content to let you play more tactically. Brett and Nic have already covered what a joy this is to play in their own respective previews, but I have a couple thoughts of my own.

First, the variety in ships allows for varying tactics, of which I feel I only dipped my space toes in. The first ship I chose was more of a destroyer type, meant to fire from afar using missiles and heavy blaster cannons. Another was more of a support ship, with healing lasers and a separate pod that could be deployed to repair teammates. By far my favorite vessel was one built for close-quarters combat: I would stay low to the ground, enemy in sight, and as soon as I was in range I would teleport to close the distance, switch to my flak cannons, and watch the explosive carnage ensue. I was told this was only the tip of the proverbial iceberg with it comes to ship choices, which blows my mind a little. 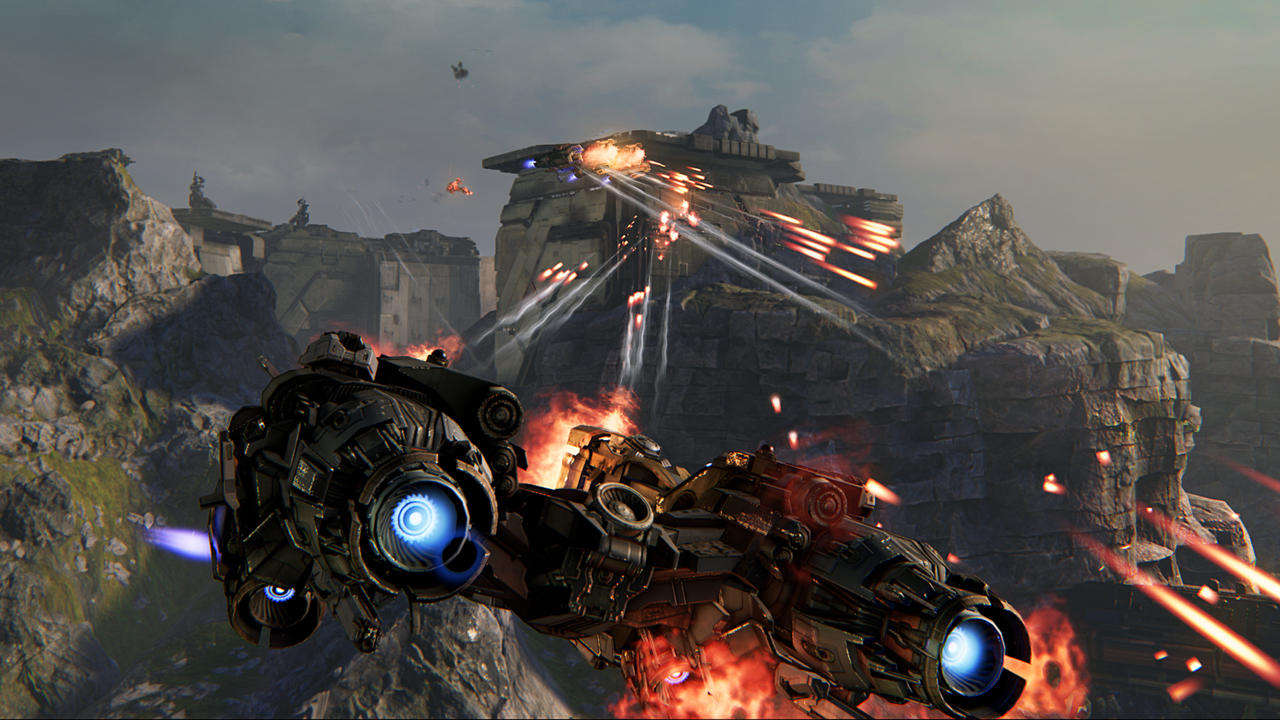 A game this involved lives or dies by its controls. Since Dreadnought originally had the leisure of the keyboard and mouse on PC, Yager had to cram everything down into the PS4 controller. Amazingly, it works much better than I would have thought possible. Though I always prefer a keyboard, I never felt curtailed by the gamepad, instead finding it easy to fly, aim, and use my various sub-weapons.

My favorite touch was using the PS4 touch pad to route power to either shields, engines, or weapons by swiping left, up, or right. It’s a simple gesture, but it feels mechanically satisfying, leading to me creating an entire story in my head for what’s happening inside my ship. Sure, my thumb is just swiping left, but in my imagination, I’m yelling “RE-ROUTE ALL POWER TO THE FRAKKING SHIELDS.” When I recounted this story to one of the developers, he laughed. “We all have our small stories in our heads, and they seem to be generational. You’re having your Battlestar Galactica fantasy, most people have Star Trek going on — but me? I’m fuckin’ Flash Gordon when I play.”

I imagine watching Dreadnought isn’t altogether thrilling, but something about the slow setup and payoff of picking off your enemies is incredibly satisfying. I’ve already signed up for the closed beta, eager to jump back in. Dreadnought will release in 2017.