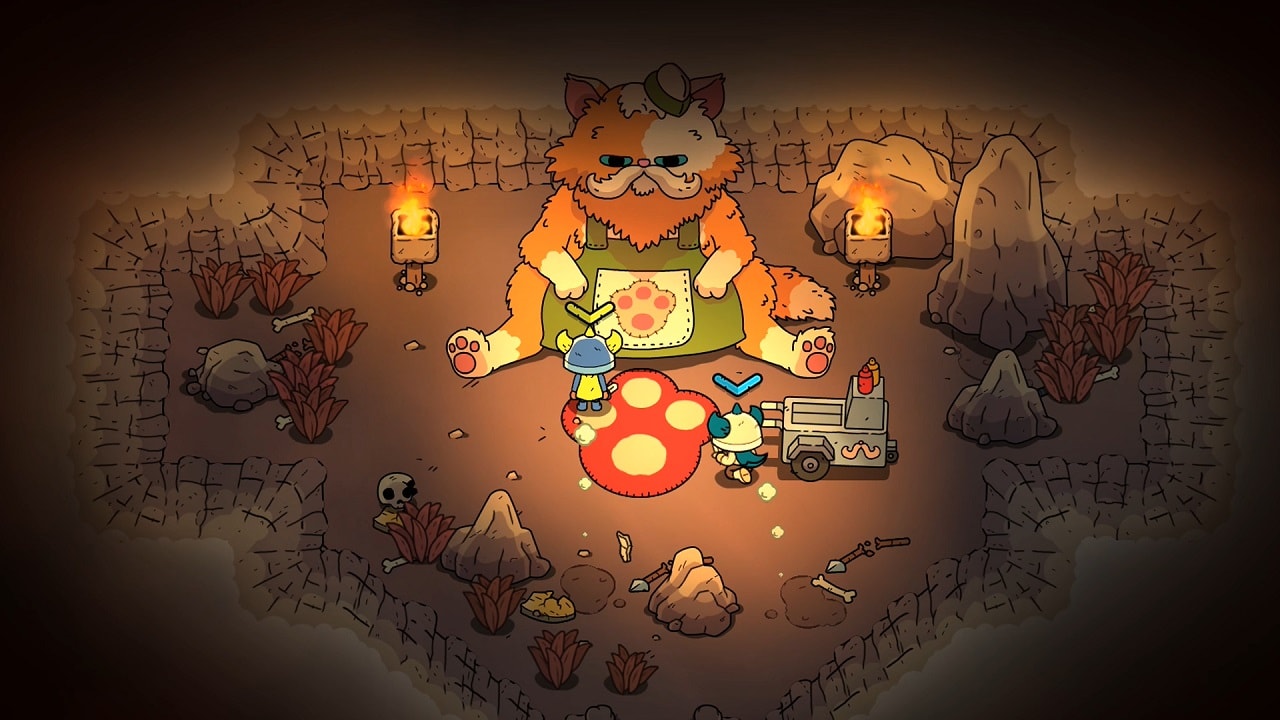 All swords and smiles

The Swords of Ditto is a game about legends, legacies, and gigantic cats. In the newly announced game, players will take up arms either alone or with a co-op partner and attempt to free the island of Ditto from an evil entity called Mormo.

What’s interesting is that every adventure becomes a legend shared by future generations. According to publisher Devolver Digital,  the “deeds, successes, and failures of each hero’s adventure have implications for those that follow including the ability to find weapons and recover loot from history’s fallen heroes.”

Based off of the announcement trailer above, The Swords of Ditto doesn’t seem to play its gameplay loop of dead heroes and failed adventurers too seriously. It looks a bit like a Saturday morning cartoon in motion, full of silly-looking characters in a whimsical, vibrant setting. There’s a certain charm to the yet-unreleased game that makes you want to grab a friend and explore the island of Ditto, searching for loot, adventure, and a chance to be immortalized as a heroic savior.

The Swords of Ditto is scheduled to release early next year on PC and PS4. Something tells me it’ll be on my mind a whole bunch until then.