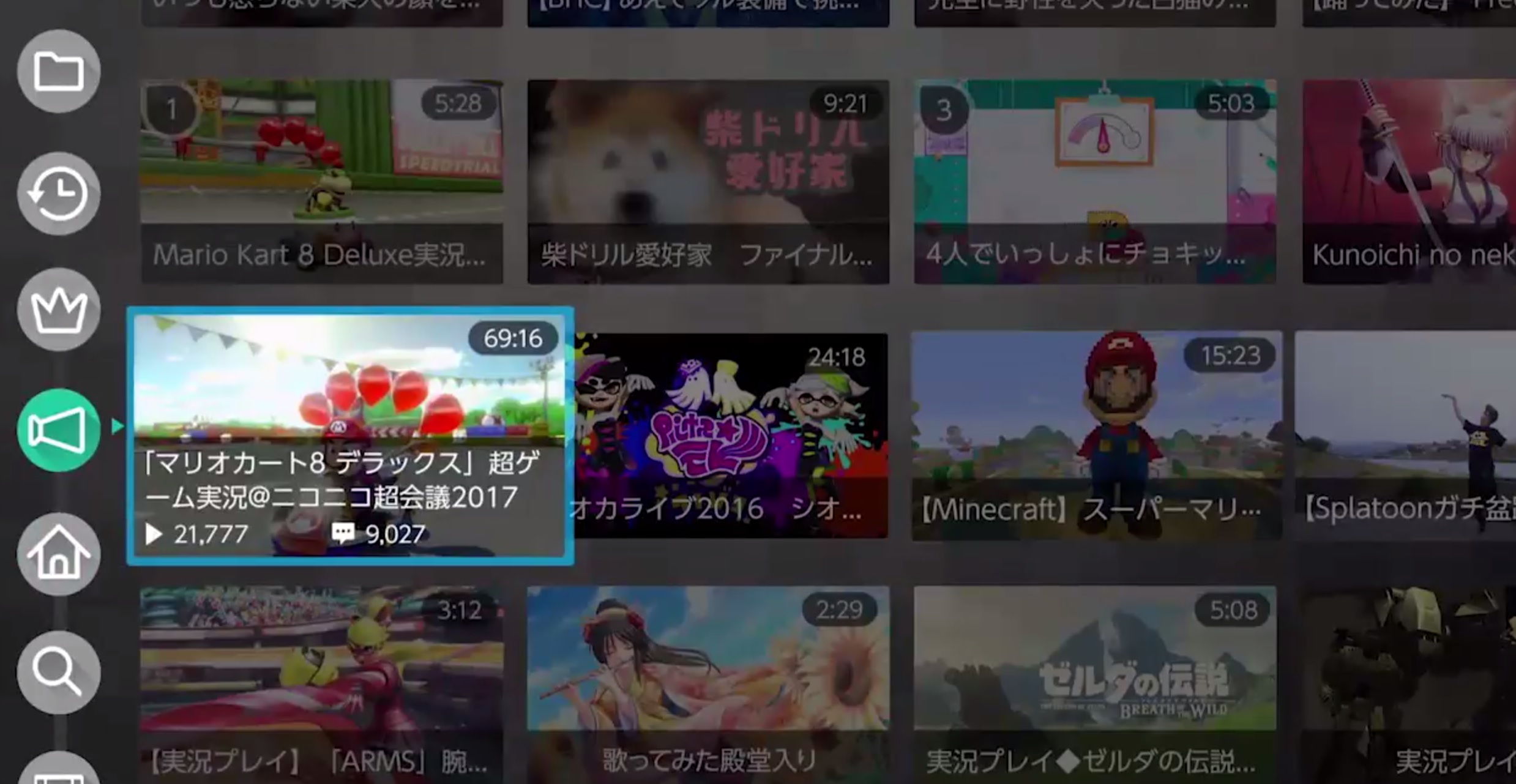 Earlier this year we asked you if you cared if the Nintendo Switch had any video apps, and the community was fairly split. A lot of you responded that you already had 10 or so devices that could do the same thing, so why would it matter? Another group stated that it was just another reason why Nintendo was behind the times, unable to capitalize on

I was somewhere in the middle. Remember when Microsoft got lambasted for focusing so much on “all in one entertainment?” Well if Nintendo is going for a mostly gaming machine, that’s fine. Of course, I’d love to be able to take my Switch with me while traveling and watch a video on it every now and then.

The time has finally come for an app rollout either way, as a NicoNico streaming app will hit the Japanese eShop (which you can easily nab from anywhere). Time will tell if the west will get YouTube and Twitch, among other commercial video apps like Hulu and Netflix. Either way Nintendo has a huge launch ahead of them this month with Splatoon 2, which will herald the coming of the real online system and the new app.