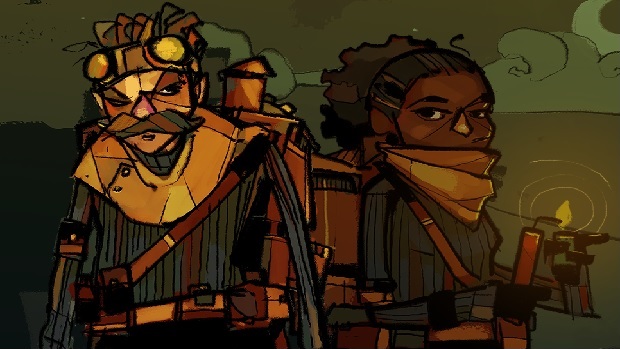 Size Five Games, previously known as Zombie Cow Studios (the studio behind the twin-stick edutainment STD shooter Privates and point-and-click adventure titles such as Time Gentleman, Please!), has released the debut trailer for its upcoming stealth-action game The Swindle.

Described as a “Steampunk Cybercrime Caper,” Size Five’s Dan Marshall says he likes to think of The Swindle as “a stealth game for the rest of us.” The developer elaborates by adding:

“I suck at stealth games, I have neither the patience nor the disposition to creep slowly behind someone hoping they don’t turn around on an AI’s whim. The Swindle is my answer to that – it’s in your interest to remain undetected as long as possible on a heist, but being discovered and setting all the alarm bells ringing feels more like an inevitability than a fail state. At that point, the game switches from being a sneaky-sneaky stealth game to an all-out-action race against the clock.”

The gameplay hook centers around sneaking undetected into procedurally generated buildings, hacking their systems to drain them of funds and then making a daring escape with all the loot. Your ill-gotten gains can then be used to upgrade your character to take on even bigger and more dangerous jobs.

Marshall’s experience with the genre squares fairly well with my own. While I don’t dislike stealth-based games, it’s encouraging to see the developer acknowledge that the genre isn’t a good fit for everybody, and is actively working to strike a balance between stealth and action that will hopefully keep impatient people like me invested in their game.

The Swindle will be going into closed beta in a few months, so, if this is something you’d be interested in taking part in, you’re invited to follow @danthat on Twitter for more details.