A beautiful and creepy puzzle platformer

PAX East had a ton of indie games on display this year, and while many of them looked great, only a handful stopped me dead in my tracks as I became mesmerized by what was happening on-screen.

The Swapper was one such game, a Metroidvania-style platformer with a mechanic that reminded me somewhat of The Misadventures of P.B. Winterbottom where you have to create multiple versions of yourself in order solve puzzles. 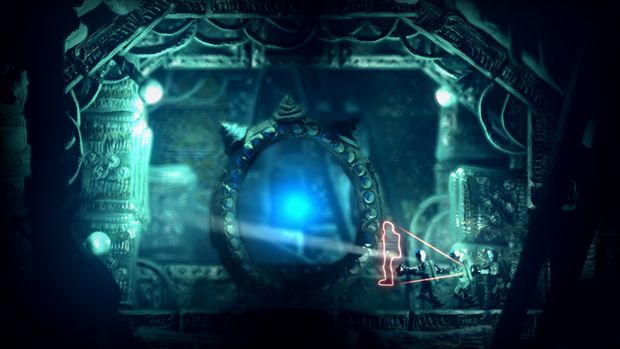 The Swapper is a puzzle platformer that sees your character stranded on a weird planet somewhere in space. You have to find a way off the planet, and as you try to find a path to escape, you come across a device that allows you to make up multiple clones of yourself.

You can produce up to four clones, and place them anywhere within the level. Once placed, these clones will mimic everything the original body does, so when you jump they jump, for example. These clones are key as there are puzzles that you have to solve in order to progress, typically involving pressure plates that a body has to stand on for a door to unlock.

Your character also has a gun that is used solely to transfer yourself from clone to clone. You will lose your original body as there will be a point where you can’t progress unless you do. Is it your soul getting transferred? Your brain? The creative director on the game, Olli Harjola, wouldn’t say exactly but he did tell me there is a narrative that will slowly explain things.

While I did say this was a Metroidvania-style game, I meant more in the basic control scheme. It’s not a very platform-y based adventure, as it’s more about thinking and solving puzzles. Puzzles aren’t super complex either, but some will take you time to figure out. 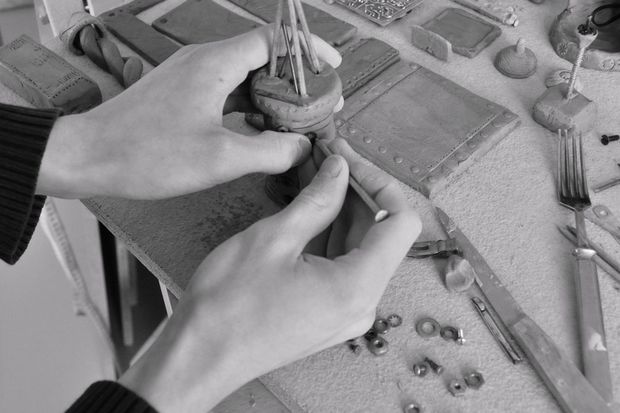 Despite there being no enemies in the game, I felt pretty creeped out while playing. The aesthetic design of the game lends itself really well to this vibe and gives huge weight to the isolation-like feel it’s trying to give players. A large part of that has to do with how Olli made the environments.

“Everything you see on the screen is actually real objects, and clay, and things that we’ve photographed. I think the origin of the visual style is possibly because I did claymations when I was a kid, and my mother is a comic artist.”

As great as the visual style is now, Olli told me that 3D modeling was what they went with first originally.

“But that wasn’t the first thing I tried. When I started thinking [of] this as a serious game, I wanted to get a nice visual style for the game. I’m quite — not horrible — but I don’t enjoy 3D modeling; I don’t want to learn it [laughs]. I also think I could have never done something like this using some 3D modeling software because there’s so many other things you have to do when you’re a team of two full time people, and two freelancers.”

The Swapper will be releasing on Steam sometime this Spring. You can learn more about the game over on developer Facepalm Games’ website.