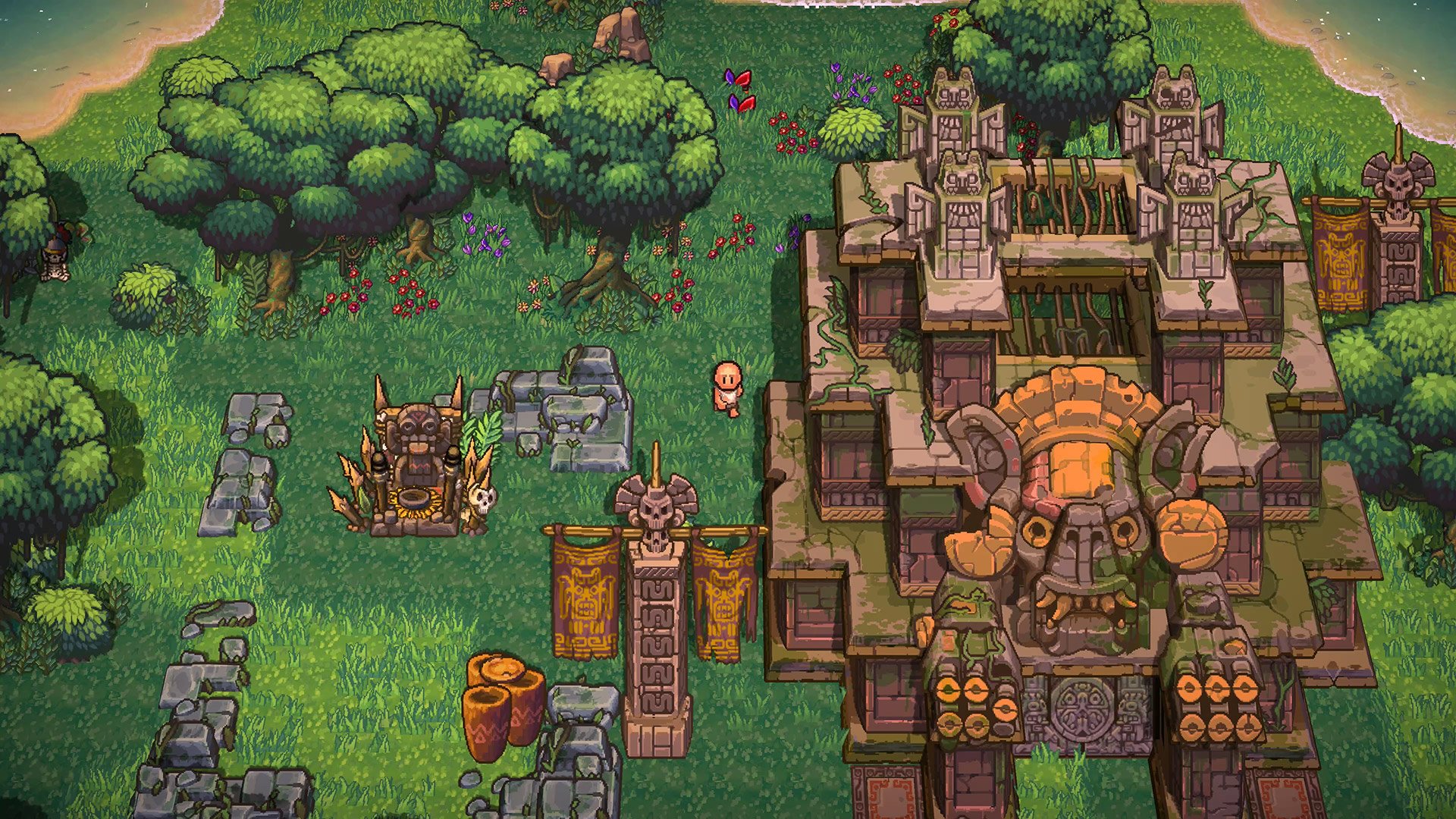 Maybe you don’t need another survival-focused sandbox game in your life right now. To be honest, I don’t either! But every so often I’ll want to scratch that itch, and The Survivalists has potential. It’s a shipwrecked “survival-lite” game from Team17 with a trove of monkeys to train and temples to loot.

If that name sounds weirdly familiar for some reason, you’re probably thinking of The Escapists, a prison-escape simulator. At it happens, the two games are set in the same universe. “We’re looking to really build on what’s been done with the genre in the past, with new takes on what it means to survive in harsh wildernesses and against nature itself,” said Team17 producer Emma Bates.

What’s with the monkeys? They’ll do your biding – including gathering, building, and fending off boars – using a “mimic” system. I’m also interested in the online co-op, which will be “session-based.”

While The Survivalists was announced for Nintendo Switch at this morning’s Nintendo Indie World showcase, the game is also planned for PlayStation 4, PC, and Xbox One. Look for it in 2020.