Brace yourself, the Miims are coming.

Miitomo, Nintendo’s first mobile phone game is officially available in Japan, and I’ve gotten my grubby hands on it by being a big fat liar, all because I love you, dear readers. After messing around with it for an entire day and avoiding all other aspects of my life, I think I have a decent grasp of it, and it is by no means perfect.

But it is damned sure addicting. 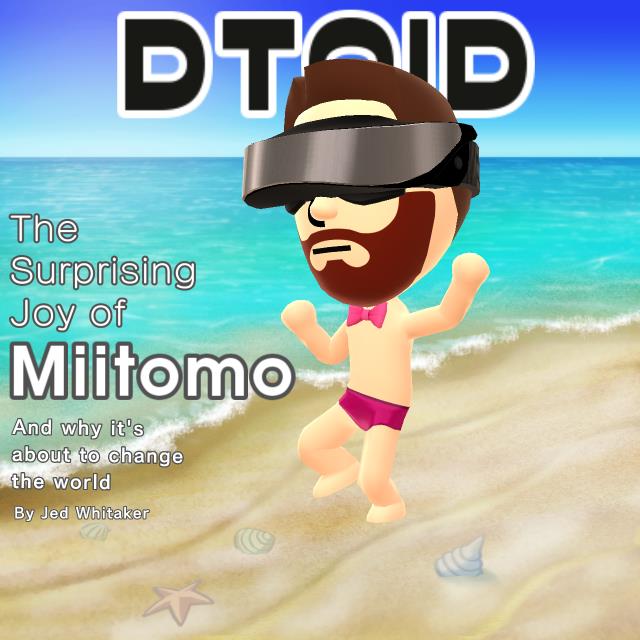 If you’ve ever played Tomodachi Life, then Miitomo will feel very familiar, though a bit more shallow. Your time is split between answering mostly softball questions (the kind you’d get from a nervous person on a  first date), shopping for new clothes, playing a pachinko-like Miitomo Drop minigame to win rare clothes, and reacting to friend’s answers.

Nearly every action you take in the game earns you coins that can be used in the shop, or to buy plays for Miitomo Drop. Coins can also be purchased for real world money if you just can’t wait to have those expensive fancy digs for your Mii.

While microtransactions are to be expected — this is a free-to-play title — the number of coins you can earn for free per day is dismal and capped around a measly 200. The cheapest item currently available in the store are flip-flops that cost 250 coins, but most pieces of clothing run closer to 1000 coins with more elaborate premium items going between 2500 and 3000 each. You could say Miitomo is tailor made to make you want to buy  microtransactions with prices that range from 1000 coins for a dollar all the way up to 105000 coins for $75.

While the microtransactions are a bummer, they don’t ruin the rest of the experience, which feels like an extension of your existing social media friends lists. To add other players to your friends list you either need to be friends on Facebook, follow each other on Twitter, or connect with them in real life. I’ve already seen quite a few Twitter accounts pop up with the purpose of finding other players and connecting, a win for both Nintendo and Twitter as players can share meme-like photos (or Miims as I call them) they create in Miifoto. 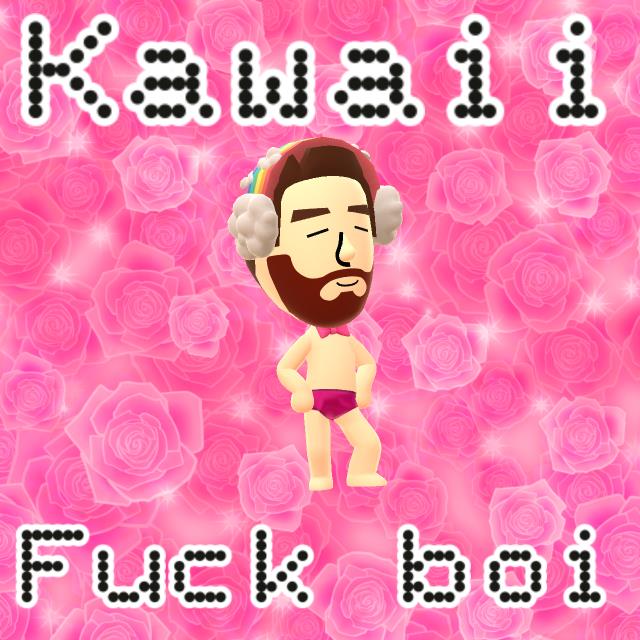 While interacting with other players via commenting and liking their answers to questions is fun, hands down my favorite part of Miitomi is Miifoto (or Mophoto as I keep calling it). This mode allows players to dress up their mii and pose them in front of any of the many backgrounds built into the game, or by importing a photo from their phone. The customisation options available are numerous including text with varying fonts and colors and stickers that can be resized and moved around as you see fit. Once you’re satisfied with your dank Miim you can share it with your friends in Miitomo, or via Facebook, Twitter, Instagram, text, email and so on via the app itself.

Miitomo is scheduled to be released worldwide sometime this month, and from the looks of it, that is at any moment. The Japanese version includes a full English localization, as well as the customizable text-to-speech engine that was found in Tomodachi Life. One thing I noticed that seems like may be changed for the final worldwide release is that there is no filter for swear words, as currently you can recklessly cuss like a sailor though there is a warning not to do so with options to report these kinds of messages.

Overall, Miitomo is a fun little experience and will more than likely be a success for Nintendo, pending they tweak the number of coins earnable per day or drop the store prices on items. The current limit means you’ll easy be able to reach the max earned per day in just a few minutes time and leaves you with little reason to use the app other than Miifoto until the next day. That said, I’ve spent most of my time making Miims in Miifoto, so maybe that isn’t quite a bad thing.

You could say Miitomo is tailor made to make you want to buy those microtransactions.