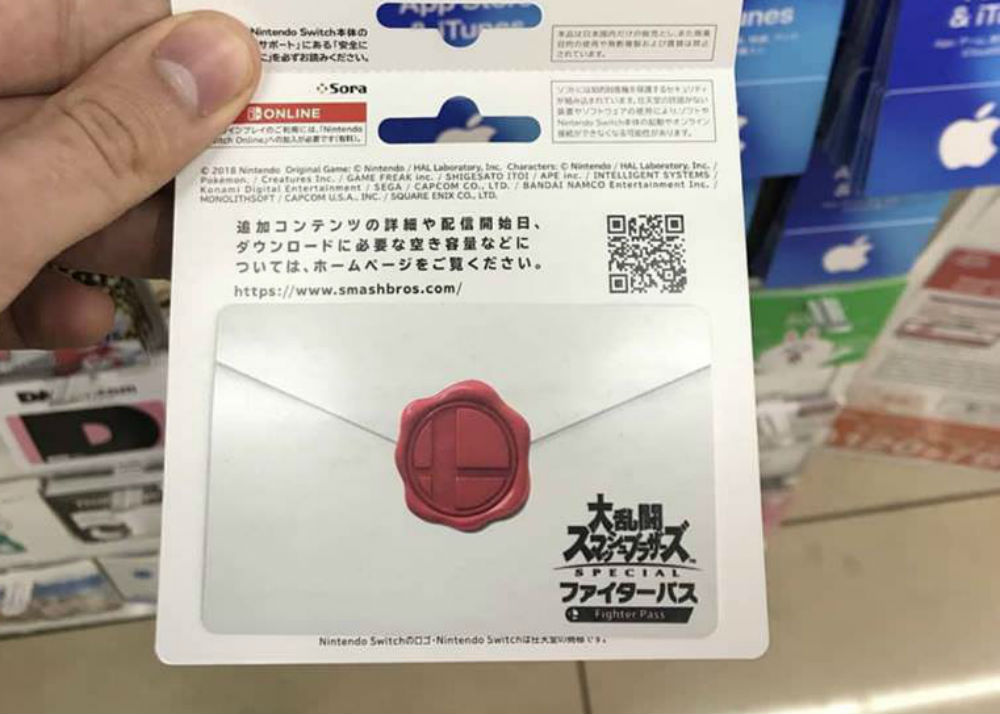 Well this is something I hope we see a lot of in the west.

Over in Japan folks are scooping up physical Super Smash Bros. Ultimate Fighters Pass cards, which are emblazoned with the Smash seal and everything. It’s a rad little way to get people to buy in, especially since it would slot in nicely with anyone who has a Smash collection.

As a reminder the Fighters Pass will consist of five characters and Piranha Plant is not one of them. Joker, from Persona 5, will be the first combatant that’s part of the premium DLC. Each Fighters Pass drop comes with a new character, a stage and extra tracks. The pass is $24.99 total or $5.99 per character.