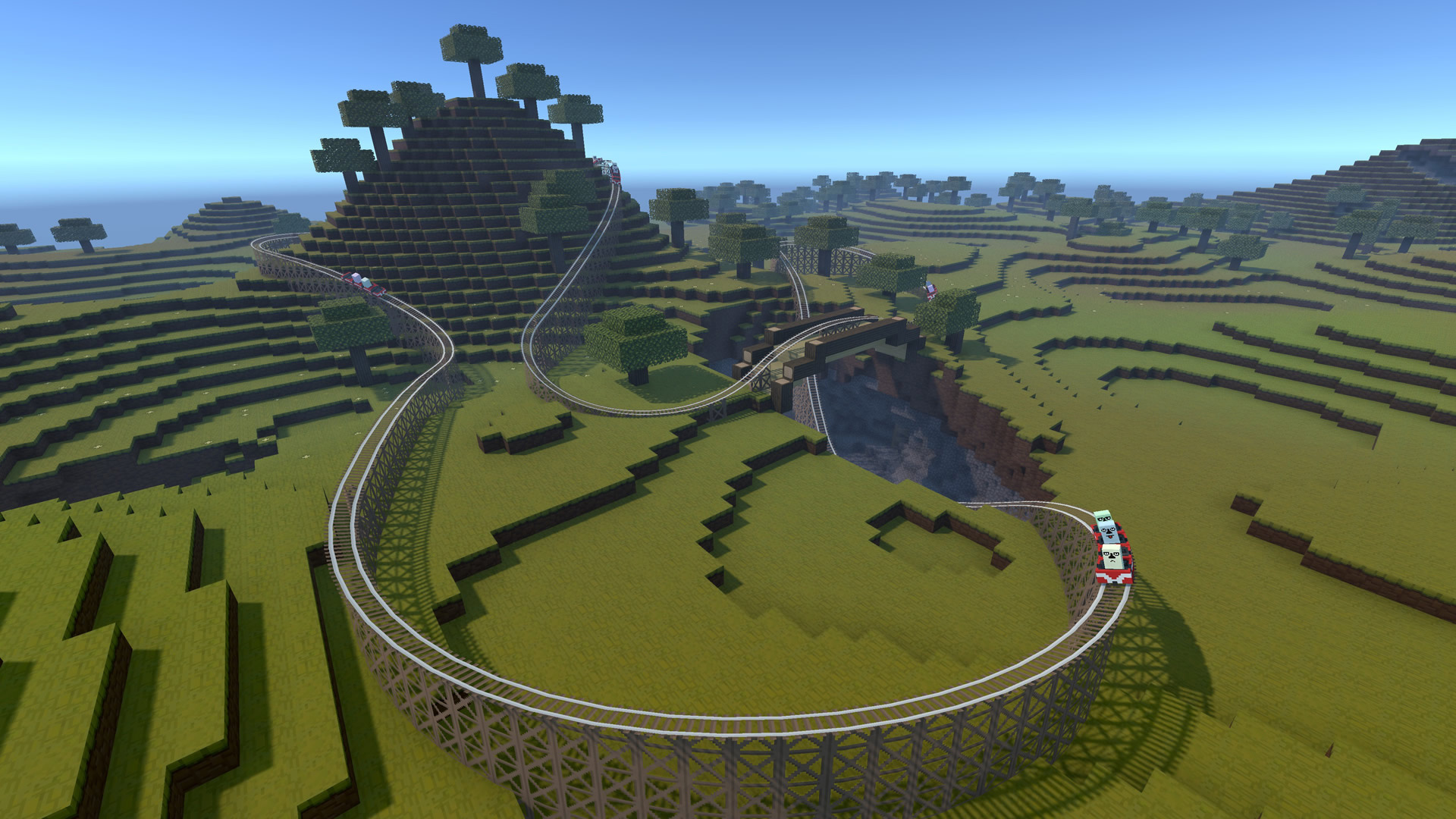 At first glance, Chunks just seems like a form of Minecraft designed with virtual reality in mind. You can create and destroy your overly-familiar-looking sandbox world as an all-seeing being in the sky, or mercilessly toss your little block people around. Which is fine, if not exactly original, and probably enough of a draw for it to find an audience among eager new HTC Vive owners hungry for content.

I almost didn’t stick with the trailer, but I’m glad I did. Chunks also has a roller-coaster-building tool that lets players essentially draw their own custom tracks right onto the landscape, then take a ride in first-person. Even in just this trailer footage, outside of VR, that seems genuinely cool.

The game is launching on Steam Early Access this Tuesday, April 12 for $19.99, where it is expected to stay for “around two to four months” before hitting Steam proper.

According to Facepunch, “The core components of Chunks are implemented and playable, but we’ll need your feedback to make the game as intuitive and polished as possible. We also hope to foster a compelling library of user created tools and game modes, for which we’ll need to make sure content creators have access to all the facilities they need.”

Based on the trailer, this seems somewhat light on content given that price point, but I think there’s potential for it to become much more interesting if it embraces its weirder side.