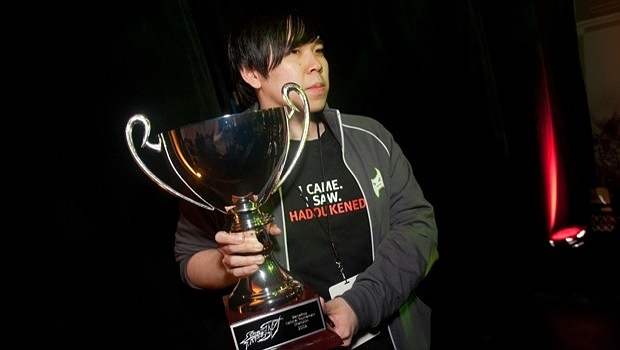 That’s a picture of Wong above. He looks extremely excited.

The finals event was decided in front of one thousand fans at San Francisco’s Fort Mason. The massive crowd is the only reason why I didn’t participate in the event (and therefore win.) I not only have performance anxiety, but I also have this weird tendency to excessively salivate in front of people. Enjoy your trophy while you can, champ. I’ll be looking for you online.