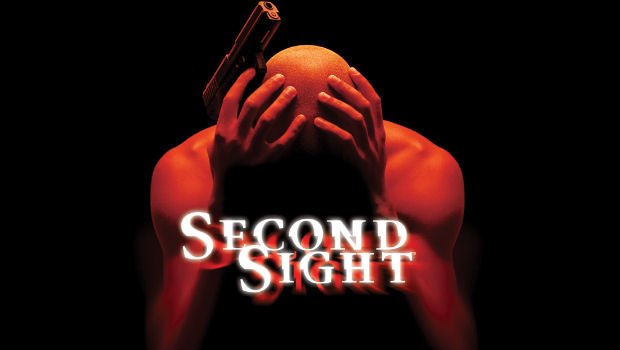 Second Sight is a game remembered more for its bad timing than for what it did as a piece of interactive entertainment. Before Free Radical released this game, our opportunity to play with psychic powers in videogames was particularly limited.

Not even a genuine psychic could have predicted that, after years with that open gap in the market, Second Sight would have to compete with another game that offered the exact same gimmick — Midway’s Psi-Ops: The Mindgate Conspiracy.

As it happens, neither game was a huge success, but it’s Second Sight that can claim a de facto victory, gaining favor as a cult classic in spite of its less than spectacular commercial success. That’s with good reason too, as it was a fine game indeed.

One that deserves to have its story told. 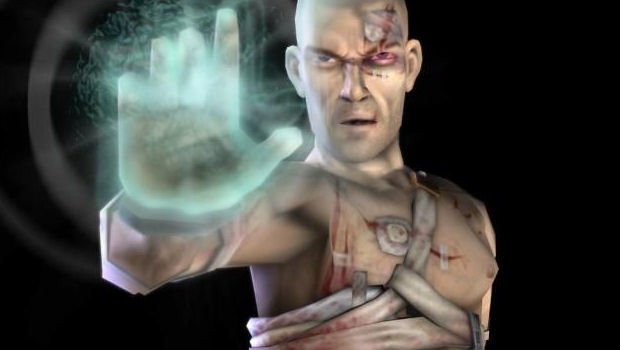 Free Radical is most commonly associated with the Timesplitters series, but had things gone differently, Second Sight might have been the studio’s premier offering. It was originally called Redemption, and it was set to be Free Radical’s first ever game.

“Originally the game had a working title of Redemption and was initially intended to be the first game developed by Free Radical Design,” remembers Karl Hilton, now the managing director of Crytek UK. “From the outset, the premise of how your actions in the game change the course of the story and how failure would result in a cyclical re-telling of a story that had gone badly for the player was key. We pitched it to several publishers who all were very enthusiastic about it.

“When the launch of the PS2 moved back slightly, we realized there was an opportunity to get a less narratively complex multiplayer game out in time for launch and so at that point Redemption was put on hold while we developed the first TimeSplitters game. Interestingly, I don’t recall us ever having too much in the way of documentation for the game when we first pitched it to publishers. We had a business plan but our game planning was still in its early stages.”

Timesplitters was released in 2000, where it garnered positive reviews and kickstarted a series that is still loved by gamers today. The unique art direction was a big part of what Timesplitters so memorable, a style that continued in Redemption, which had not been forgotten in spite of Free Radical’s success with its multiplayer shooter. 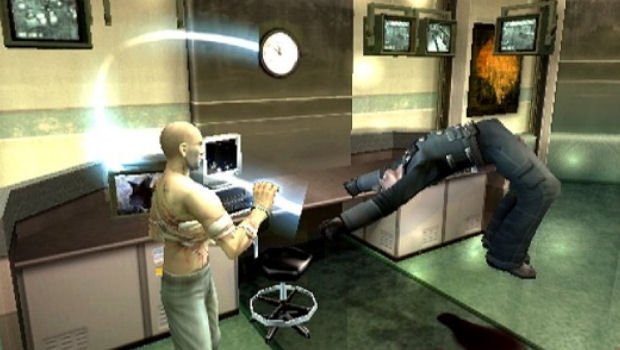 Second Sight was officially announced on February 24, 2004, but it had been in development far longer. In fact, we’d have heard about the title considerably earlier had the game’s first potential publisher not gotten cold feet.

“The original publisher unfortunately changed their mind about it quite far in to development and so, for a while, it was without a publisher,” says Karl. “This meant we didn’t start to publicize the game as early as we wanted to do. Codemasters, who we eventually signed it up with, were very enthusiastic about it and gave us as much publicity as we could generate together at very short notice (particularly for E3 that year). It certainly wasn’t an ideal situation.”

The game itself had unfortunately suffered a difficult development. The team had gotten pretty adept at first-person-shooters, but it tried to run before it could walk with the third-person psychic gameplay of Second Sight.

“Partly because it was our first third person game, Second Sight had quite a protracted and sometimes difficult development process. We were a little over-ambitious in the early stages and had to reduce the size of some of the levels we were building. However it was very refreshing to be working in third person for the graphics and we were all enthusiastic about the originality of the story we were telling and how we were telling it. We were also very confident about the overall quality of the game.”

Despite arriving late to the party, Second Sight certainly got some decent coverage. I personally remember seeing a fair few magazine stories on the title, which is how I got quite excited for the title. It looked gorgeous for its time, and the gameplay was incredibly promising, not to mention unique.

At least, it was unique until people took notice of another title with the exact same premise — Psi-Ops: The Mindgate Conspiracy. 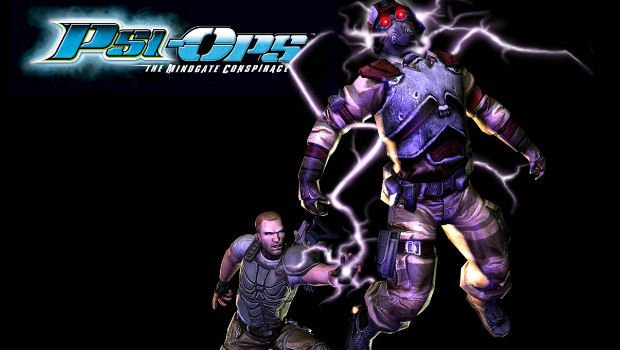 A Situation No Psychic Could Have Predicted

“We were certainly a little surprised when we first heard about it but you always have to allow for competitors arriving in your ‘market space’ whether deliberately or coincidentally,” expresses Hilton. “We didn’t let Psi-Ops influence Second Sight in any way as we were confident that what we were making was sufficiently different, despite some of the higher level similarities.”

In a manner that perhaps mirrored this generation’s “inFAMOUS vs. Prototype” conflict, press outlets and gamers alike couldn’t help comparing and contrasting the two visually distinct, but eerily similar games. There were a few notable difference, of course. Second Sight was the more atmospheric game, with a focus on narrative and a great reliance on stealth and tactics. Psi-Ops took the mentally powered gameplay in a more action-oriented direction, with more realistic visuals and a comparatively direct storyline.

The differences don’t matter in a marketplace that has two games revolving around psychic powers where previously there were none. At the time, you couldn’t bring up one game without the other getting mentioned, and there was a definite case of gamers deciding to choose between the two.

Looking back, Karl Hilton doesn’t think he can even guess whether or not the conflict helped or harmed Second Sight in any way, but that at least the fight between the two games generated some discussion and kept the game in the spotlight.

“It’s impossible to say whether it affected sales or not. In one sense it was good to have the extra coverage that the two games ‘competing’ with each other generated.”

It could almost be said that neither game really “won” in the end. Both titles failed to become blockbuster success stories and neither one got a sequel. For Second Sight, Hilton believes the game just didn’t have enough time to get the attention that new intellectual property needs. Codemasters supported the game as best it could, but the delayed announcement and failure to generate enough hype in time led to a less than glorious launch.

“As a developer you always automatically want more marketing as it is always a positive and should help your game to sell more. However, I think the lack of a proper ‘build up’ phase when we didn’t have a publisher hurt us more in the long run. A new IP needs to build anticipation and hype in the gaming community and Second Sight didn’t get that chance. In terms of press reviews, it certainly didn’t get the overwhelmingly positive response that you always hope for. Most reviewers ‘liked’ it and it got a mix of reasonable scores for story, graphics, sound etc. but nothing outstanding.”

The idea of Second Sight enjoying a “reasonable” ride extended to sales as well, with Karl stating they were, “Okay but not great.” All told, the game generated just shy of one million sales after its launch. 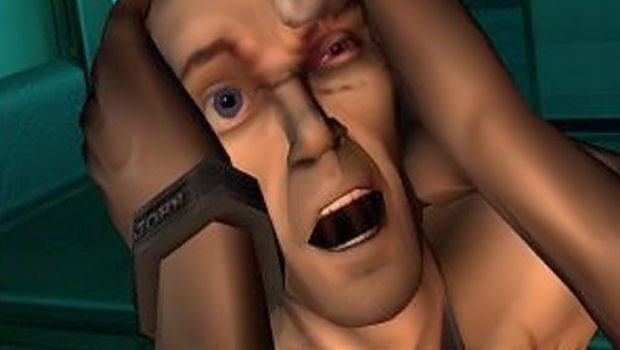 Unfortunately, it seems that we will never get to see Second Sight again. Crytek UK holds the full rights to the game and could theoretically make a sequel if it chose to, but it sees no need to revisit the IP.

“Overall it didn’t generate sufficient interest for us to feel it was worth making a sequel,” Hilton states. “We had some ideas ready, but we decided it didn’t have any momentum as a new franchise. Codemasters gave Second Sight good support and we even released a PC version (which wasn’t part of the original release plan). Ultimately history appears to have been much kinder to the game than we would have thought after its initial release.

“Second Sight does crop up occasionally in discussions in the gaming community about good narrative in games and games that were ‘sleeper’ hits (although you could never describe the final sales figures as a hit).”

Overall, one gets the impression that Crytek UK is pleased to have made the game, but remains happy to let the past be the past. It had a crack of the whip, didn’t quite get the desired results, and put it to bed. As someone who loved Second Sight, I feel it’s a shame that the game didn’t get a chance to expand its story and further grow into something special, but I’m glad I got to play it and that I can still talk about the game today.

Having achieved at least a cult legacy for itself, I dare say there will be a few open arms welcoming another Second Sight game. With enough marketing, it could have the potential to do amazingly well, because we have not had another game quite like it. I’d say BioShock is the closest we’ve come, but it’s still not quite the game.

In any case, let it be known that there are still Second Sight fans out there who would love another game, should Crytek UK ever decide to pull it from the vault.