When the PlayStation 1 and N64 came out and rough, polygonal, 3D character models became the norm, it took me a while to realize what was wrong. Playing certain games would creep into the uncanny. It took me a surprisingly long while to realize it was because characters I was used to seeing in 2D were now morphed and molded into awkward looking 3D, which could never look right. Sure, original characters might look good, and the transition between certain sprite characters (the more cartoonish Mario, et al) didn’t produce the same effect, but playing anything with licensed characters from a strong 2D background was a bit unsettling.

Technology has gone a long way to address this disparity. I have no interest in anything Naruto, but I’m consistently impressed by the fidelity and fluidity of CyberConnect2’s Naruto fighting game series. Wind Waker still dazzles me to this day. We’ve even transcended elementary cel shading with titles like Ni no Kuni or the upcoming Killer is Dead and their dazzling art. However, 2D art is still generally restricted to 2D planes and isometric camera angles. Until now, anyway.

Imageepoch’s Time and Eternity is being touted as a first of its kind — an “animation RPG.” Sans that vague descriptor, it’s a game in which you’ll actually control 2D, anime-inspired art in a 3D world. When I met with Dark Souls and Time and Eternity producer Kei Hirono, he explained a bit behind the process of making something that’s never been done, and tracking down the right artist to do it. 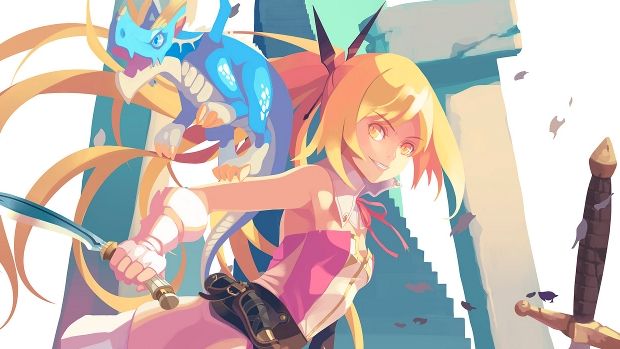 “Even at the beginning of RPGs, people wanted to make games like this — animated games — but the tech wasn’t there. Even now, it’s really hard to do. Through the whole process of making the game and working on the game, we thought we were going to die a million times,” Hirono explains, working through a translator. The influence of anime on the Japanese gaming sphere is evident. Just look at the proliferation of the anime-styled visual novel genre that’s so successful in Japan.

That influence colors Time and Eternity more than it does most. That’s why Imageepoch outsourced the animation to Satelight, known for Macross — Robotech in the US — and the recent Bodacious Space Pirates, which I’m told is as good as its title. Hirono talked about wanting an instantly recognizable look. Something with a little more nuance, style or idiosyncrasy to transcend a ubiquitous, general anime look, as well as the desire to avoid moe cuteness. Though Nichijou (My Ordinary Life) is one of the best shows ever, I respect the decision. Ultimately, they found this required fresh blood, so they traveled to Taiwan to get their look.

The Taiwanese artist Vofan is “known as the illustrator of lights and colors. His illustrations look a lot like water color in a way,” Hirono said. You can find some of his work here. I flipping love it. Vofan got on the radar thanks to his illustrating work for the light novel series Bakemonogatari, which was a huge hit in Japan and adapted into an equally huge anime with character designs drawn from his style. “He’s the only person doing this kind of art, so it’s recognizable instantly.” The style fit the bill and the ball got rolling. 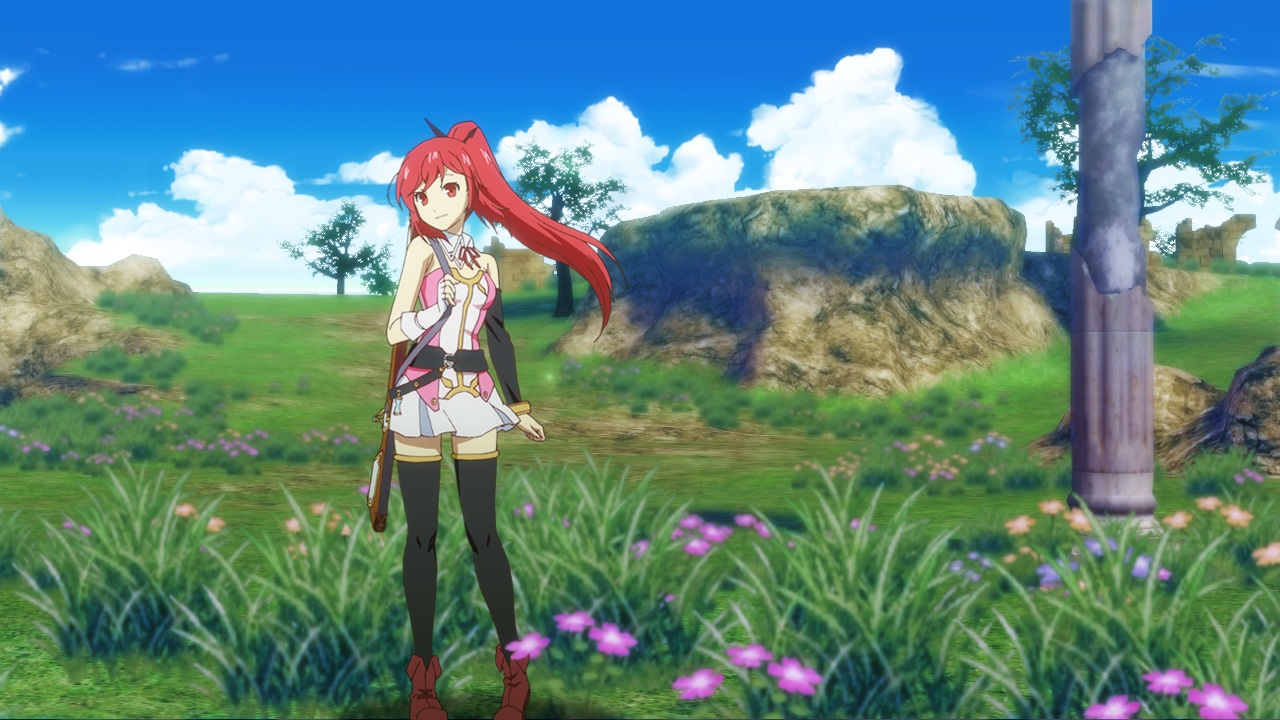 “He wasn’t the one and only choice,” Hirono said. “We approached five or six other illustrators as well.” They had him draw one half of Time and Eternity’s leading duo, Toki, first “and when he did, everyone thought, ‘Wow, this is what we like.’” After five or six months the details were hammered out and Vofan came on the project in official capacity, adding some international influence to something that is typically Japanese.

The logistics of getting 2D animation moving the way they wanted it, of course, was still a hurdle. “There was no previous example of how to do a game exactly like this. [The team] made a sample version of the game in the office to see what translated best into the animation and Vofan’s work translated well into that.” While his hand drawn work for the game features less of his signature lighting flourishes and water-color palette, it still looks stunning.

As a proponent of 2D art and general enjoyer of anime, it’s exciting to see Time and Eternity come to fruition. Whether I’ll like the end product couched in JRPG orthodoxy remains to be seen, but, like cel shading before, it’s nice to see yet another visual style at developers’ command.