We’ve already spoke at length about indie studio Camel 101’s upcoming game Gemini Wars. Now, here’s a chance to learn how Camel 101 came to be a studio, and learn more about the development of Gemini Wars.

When I spoke with Ricardo Cesteiro, he briefly mentioned that the game grew from something with simple mechanics and rules into something more complex, even incorporating community feedback into game features.  Naturally there had to be more to it than that, and he was happy to tell me Camel 101’s story.

As you might expect, Camel 101 is a small studio. The core team is Ricardo Cesteiro, his brother Bruno Cesteiro, and Boris Raguza, as well as “a number of regular and trusted guys who sometimes do work for hire for us,” Ricardo says.

The three core team members started out years ago by working on an FPS game, which later evolved into a creating an engine called the ‘Vatan game engine’ from scratch.

Together they managed to get the Vatan engine to win a games competition in Portugal back in 2006, and it inspired them to become more serious about game development. Dedicating themselves full time to development, they started by working on a few casual games — some which have been released, some still in development — to provide necessary financial security and to help them grow as a company. But at some point, they wanted to do something different. Something to be more passionate about.

Ricardo mentions: “All three of us love wargames and sci-fi settings, so it came natural that we could do a space strategy game. We brainstormed a lot, threw a lot of ideas to the table (some silly, others very good), until it started to grow into the game and universe we were creating. Along with the game mechanics, heroes and characters started to take shape too, and all of it started coming together.”

They aren’t kidding about being fans of sci-fi either, as a forum thread shows. From Stargate to Babylon 5, they seem to have their bases covered. With the ideas for the core design shaping into something more tangible than just a design document, things spiraled outwards. 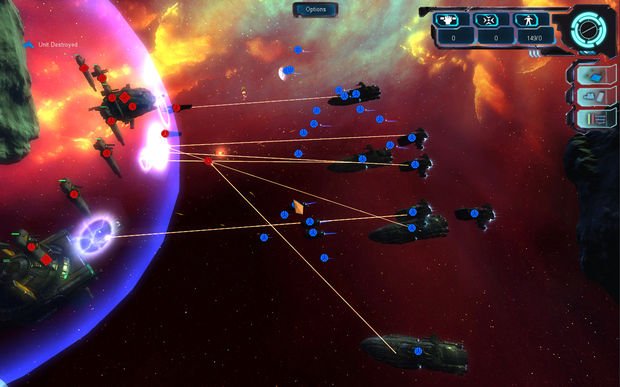 “Initially we only had ships fighting in space, but then we thought that it would be cool to control planets too. But to control planets, you need to invade them … it would be even cooler to have marines to capture planets. And what if the marines could perform boarding missions on other ships? That would take things to another level.”

Being indie devs, you’d expect them to be open to feedback. And they are — they seem to be more open than your average developer, and they seem to listen closely to what their (as of yet relatively small and manageable) community likes and wants. Sometimes it works out for both parties, as Ricardo describes how they came up with the multi-system maps idea.

“This one actually came from a user on our forum. We did love the idea and before going for it, we studied what we already had in gameplay mechanics to make sure it would work, and it does work perfectly. Why fight in only one system? We can take this one step forward by having battles on several systems at the same time.

“Some ideas were discarded of course, but everything that we came up with that would add more gameplay and fun (without complicating the gameplay) to the game, we considered implementing.” 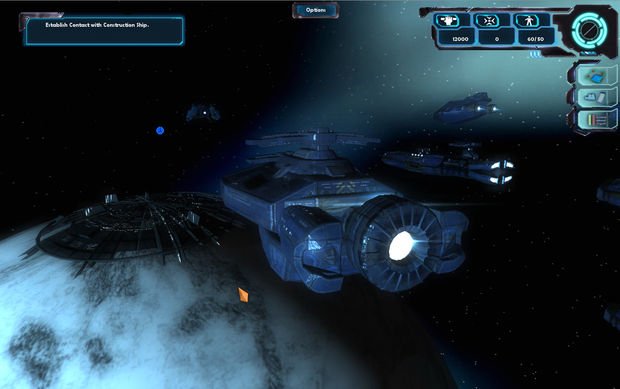 Not content with merely squaring off against existing competition in the space RTS genre, they’re adding a comic too! Ricardo explains: “We also got a very talented artist and friend to join the project, by making a comic in the game’s universe. It’s going to recount the events that happened with the main character, in the timeline before the game. We plan to release the comic on pre-orders or with a collector’s edition, we’re not sure about this yet.”

With people working on Gemini Wars all over the world, instead of being a group of people living together, you can imagine it can be hard for a team to get together and coordinate their efforts on a daily basis. Ricardo Cesteiro works from Portugal, while his brother Bruno Cesteiro lives in the U.S. — where Camel 101 is located — and Boris Raguza lives in Croatia. Add to that the contributing team members who are mostly spread out across Europe, and you have quite a diverse team of people unified by their passion to work on something they love and want to share with the world.

Ricardo notes: “We had to develop effective ways to work online, of course. As time went by, we got better and better as a team, and eliminated the geographic barrier. And that’s the story of Camel 101!”

They continue to be very open to community feedback, so if there is anything you want to ask them, or something you think should be in their game, just ask them on their forum! Seriously, there’s only one page of posts so far. So if you are a fan of these kind of games, here’s a great chance to be in direct contact with developers who might share your passion.