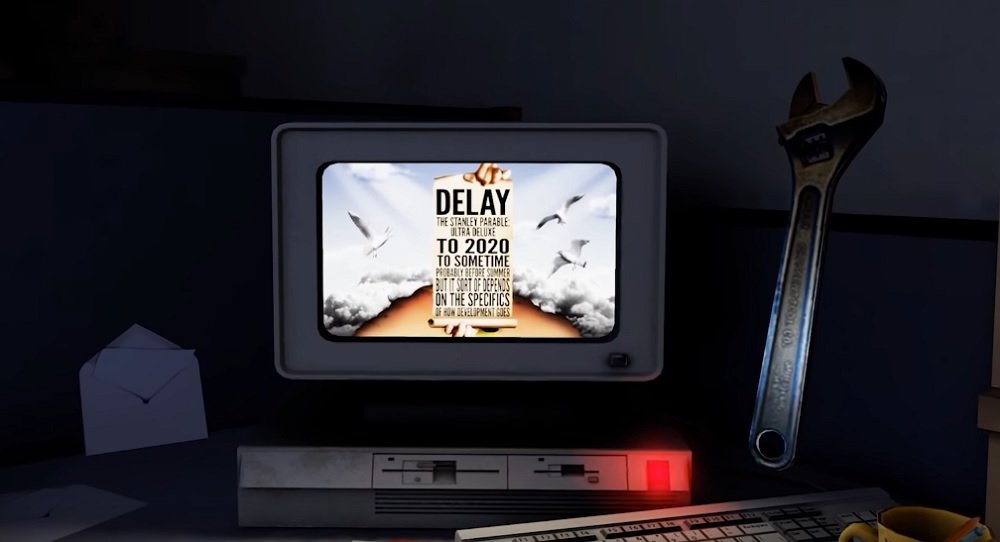 At last year’s Game Awards, developers Galactic Cafe and Crows Crows Crows announced that superb indie darling The Stanley Parable would receive an expanded re-release at some point in 2019. But as the year draws to a close, it seems we’ll have to wait a little longer for a fresh dose of sci-fi weirdness.

An amusing six-minute video has been released announcing that The Stanley Parable: Ultra Deluxe has been pushed back into 2020. Narrated in the irreverent style of the original game, the short ultimately surmises that Ultra Deluxe is targeting the new window of “sometime probably before summer (2020), but it sort of depends on the specifics of how development goes.”

The Stanley Parable: Ultra Deluxe will feature new content, including multiple new endings and is being built within the Unity engine, in order to facilitate easier porting to consoles.