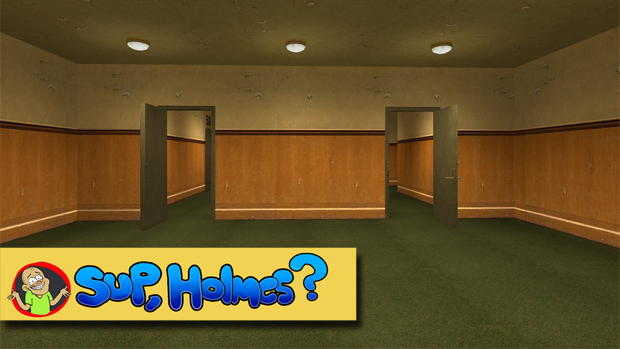 The Stanley Parable HD is the latest work that Davey is in the process of assessing. It’ll hopefully release this year, with enough changes made to the core game to validate the purchase for both fans of the original and new players. Davey and his team (including Antichamber sound designer Robin Arnott) plan to keep working on the game until the development process no longer offers any surprises to them. That’s when they’ll know that it’s done. The original Stanley Parable was already packed with surprises, so knowing that this re-imagining will have surprises for those that have already been surprised is a nice surprise. I can only hope that there’ll be pickle surprise.

Thanks again to Davey for being on the show, and if you haven’t played The Stanley Parable yet, do yourself a favor and check it out, then check us out this Sunday at 1pm PST/4pm EST when we welcome Nels Anderson (Shank, Mark of the Ninja) to the program.