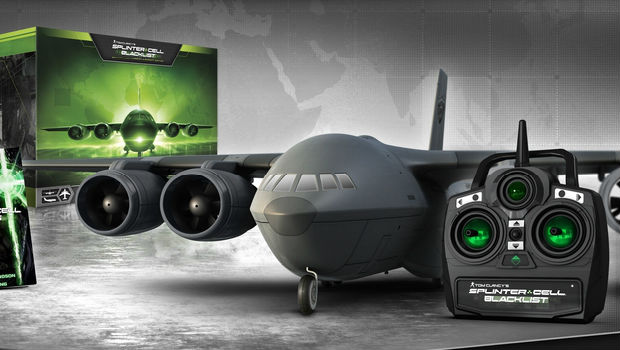 Fly the Paladin around your living room

Yep, the special edition version of Splinter Cell: Blacklist comes with an R/C plane. Kind of like the RC-XD that came with the Black Ops Special Edition, but more…aerial.

Priced at $169.99 and set to release with the game on August 20, 2013, it’ll come with the aforementioned Paladin R/C Plane, the Splinter Cell Echoes novel, a poster, two co-op maps, two in-game items — oh, and a copy of Blacklist.

The official description of the Paladin from Ubisoft is, “a custom three-channel, dual-motor plane modeled after the in-game mobile headquarters.” Sweet!

Despite my hesitations with the direction the series may be going, I’m totally ready for the next Splinter Cell. Are you?