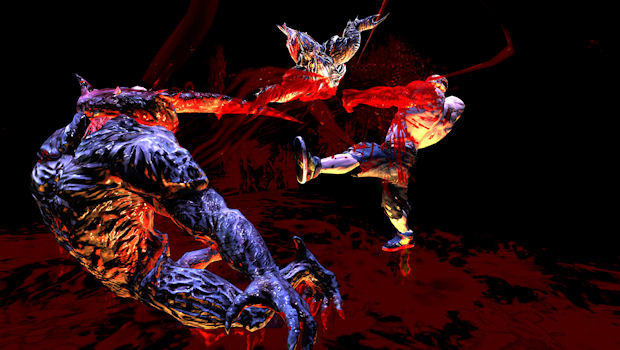 These brand new screens for Splatterhouse are absolutely ridiculous. They focus on the “splatter kills” found within the game, which aim to be the titles most grisly executions. As you can see from the amount of limb-tearing and blood-spilling, Namco Bandai has pretty much hit the mark.

Splatterhouse is released on the PS3 and Xbox 360 on November 23. I’m still holding out hope for a good game no matter what people have said, but those who have played more than me haven’t been kind. I really would like for this to not be screwed up, thanks.