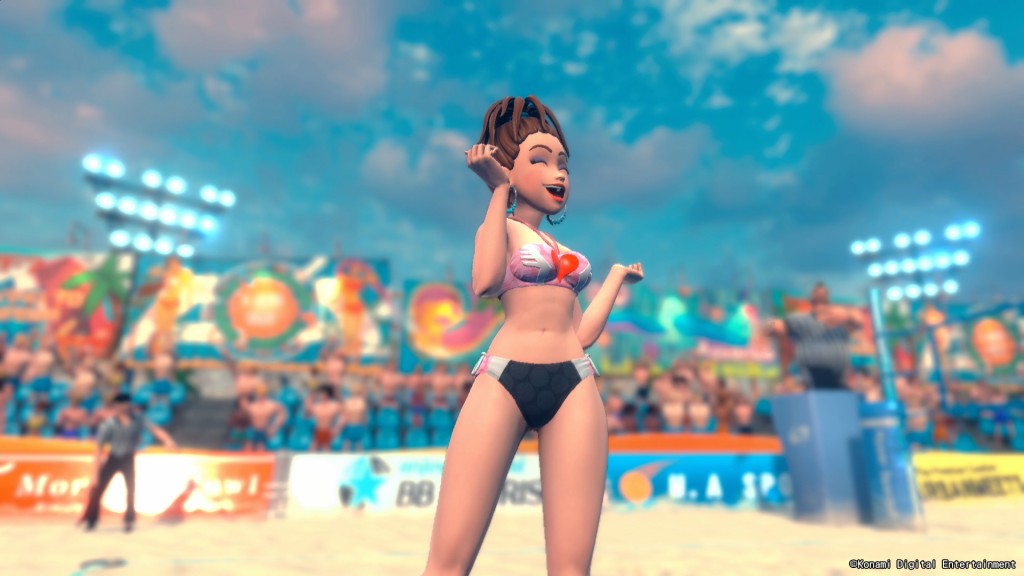 Motion controls are back, baby

I may be in the minority on this one, but I absolutely loved motion controls on the Wii. Especially with games like Wii Sports Bowling, Skyward Sword, We Ski & Snowboard, waving around the Wiimote — or more realistically, wiggling it really fast to cheat the programming — provided me an experience not really available on other systems. I didn’t need motion with every game, but every once in a while it was nice to get active with my gaming.

That’s something that has been missing for me on Switch. Outside of motion aiming in Splatoon 2, my time on Switch has been a traditional one. Hyper Sports R, the new sports compilation from Konami, just might be the game to break that habit.

I got a chance to go hands-on with three of the included sports — 100-meter dash, javelin, and long jump — as well as see an AI-controlled demo of the beach volleyball sport. It’s a small slice of the many events that will be included in the final game, but enough for me to know Hyper Sports R is a game out of its time, a relic from the Wii era where sport compilation minigames reigned king.

It’s a genre Konami is no stranger to. On the Wii, it published Deca Sports games in Europe before buying developer Hudson Soft outright. Hyper Sports R feels very much like a continuation of that series, but with more options that give the game some heft. Two of the modes revealed so far include the standard Free Play, the four-player mode that allows players to use a single Joy-Con for all the games; as well as spider-web of a story mode where each of the 20+ playable characters has their own specialties and quest line.

In action, Hyper Sports R is a Wii game on Switch. Each included sport will feature traditional and motion controls. 100-meter dash was the only event in my hands-on to feature motion control, giving me the type of short-burst workout that was common with the Wii. They work well and, due to advances in technology, I found I couldn’t cheat my way to victory. I had to use my arms, wrists, and hands together to take first place.

Standard controls are the same as they’ve been since Konami first released Track & Field. Press buttons as fast I can and then press and hold to release my character’s jump or javelin. It worked on the NES and it works here. When playing solo, I can use a single Joy-Con, both, or the Pro Controller. However, when playing with motion controls, I need to use both Joy-Con. So 2-players using motion controls will require four Joy-Con.

Hyper Sports R will include online multiplayer on release and is coming exclusively Nintendo Switch.