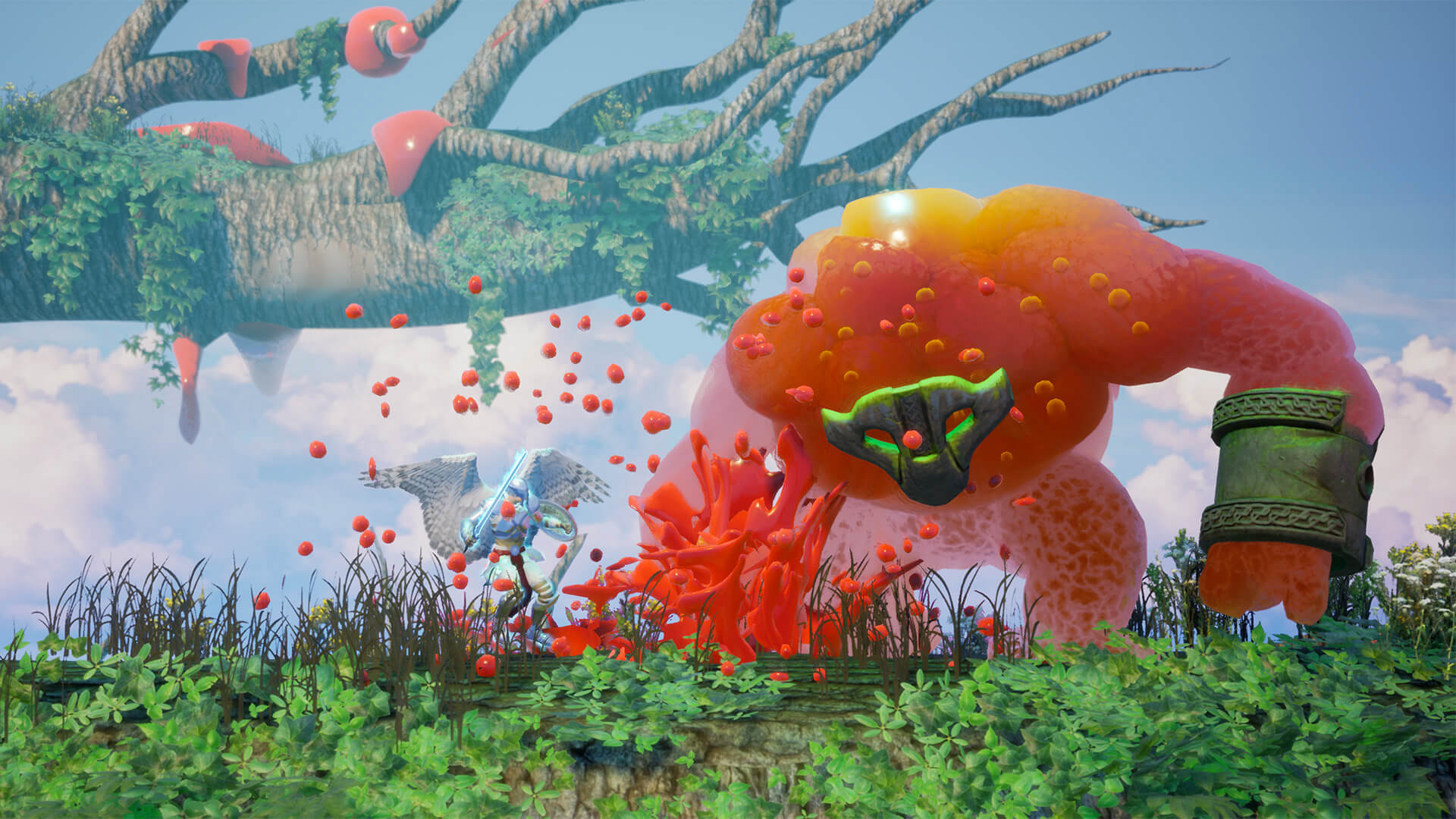 You aren’t the only one who fondly remembers ActRaiser. Sega and Ace Team are hoping to bring back the esteemed Super Nintendo game’s action/platforming/town-building vibes with SolSeraph.

As an added bonus, they even recruited ActRaiser composer Yuzo Koshiro for the opening theme.

The basic structure of SolSeraph sounds super familiar – in a good way! As the winged warrior Helios, you’ll give humankind a helping hand by clearing out monster lairs in side-scrolling action levels. The other half of the game – and the bit that makes it so similar to ActRaiser – is simulation-focused. You’ll also need to help tribes establish, expand, and protect their villages in a high-flying strategy mode.

“In strategy mode, Helios will guide each tribe to expand their territory, building new homes, farms, roads and other means of daily life, while also manipulating the weather to the village’s benefit. As he helps expand each population, they’ll gain knowledge of new facilities that can be built, which Helios shares between the tribes. But with the constant threat of attacks from creature lairs, the tribes will also need defenses at the ready, constructing warriors’ barracks, archer towers, spike traps, and more to prevent the monsters from reaching their bonfire, each tribe’s heart and center.”

SolSeraph is coming to Nintendo Switch, PC, PlayStation 4, and Xbox One surprisingly soon. While it was just announced, it’ll be available on July 10, 2019 – and for only $15. ActRaiser is a tough act to follow, no doubt about it, but I’m glad someone’s out there giving it their best. Bless you, Ace Team.