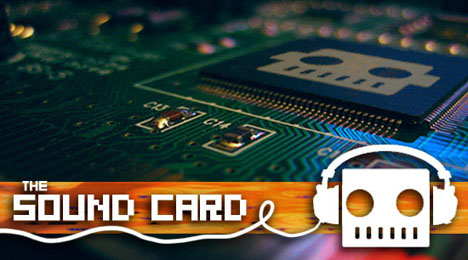 Videogame music has come a long way, hasn’t it? In the last several years, game music went from being noise in the background to being fully-funded, high-profile music good enough to stand on its own, sometimes rivaling even Hollywood movie score.

Even with this new quality and focus, a game’s music should still fit within the context and compliment what is on the screen. That’s usually the case these days, but every once in awhile a real turd sneaks out and into our games. We’ve gathered a collection of the top ten songs that are so obnoxious that they just need to be replaced for one reason or another, whether it be that they’re annoying, ill-fitted, or just plain bad.

Hit the jump to hear some ridiculous music.

If you’re anything like me, you played the other nine Final Fantasy games with little to no surprise in the music department. After that many years of hearing the same composer, Nobuo Uematsu, you kind of knew what to expect. Then, Final Fantasy X

came along, and this song popped up. Really, what happened here? Maybe Uematsu was tired of being quiet and just wanted to rock the fuck out. That’s fine, but have you seen this guy?

This song, which is essentially an acapella arrangement of the Super Mario Bros. theme, isn’t necessarily bad. It’s just obnoxious. First off, it’s not real singers. This tune is played with shitty keyboard patches instead. And why do these fake singers sound so happy when you’re balancing on narrow passageways, holding on for dear life, praying to God that your thumb someone manages to have the precision and steadiness of a robot. Oh, the temperature increased .006 degrees and someone the fucking Gamecube controller sensed it, so now you’re falling… again. I never want to hear this song again.

Short, but definitely not sweet, this song plays at the end of a failed race in one of Sega’s classic racers, Sega Rally.  What sucks about this song is that the singer has an almost mocking tone when he’s telling you that your game is over, and that you lost by 00:00:23. And what’s with the “yeeeeeaaaaah!”? Shouldn’t it be “game over, noooooo!”? Really, it’s the last thing you want to hear when you’ve lost.

And then there’s this guy….

I really hate to put a Persona 3 song on this list, as I’m a big fan of the series and its composer, Shoji Meguro. But, I’ve got to call him out on this song. Meguro, what the hell is this song? I can’t say what would be appropriate music for walking around in a dorm lounge, but your slow tempo mumbly-mouthed rap does not fit. And what are these lyrics:

So dance,
wanna put you in a trance
let’s party
moving in your body (what?)…

Donkey Kong as a platformer? Great? Donkey Kong as a recording artist? Not so much. You can’t tell me you didn’t blush for Nintendo when you heard this song for the first time. Did you ever watch the television show The Fresh Prince of Bel Air? I always think of Carlton performing this when I hear it. They rhythm is so bad and the rhymes are even worse:

He has no style, he has no grace
This Kong…has a funny face
He can handstand when he wants to
And stretch his arms out just for you!

Speaking of bad Nintendo music, remember this tune from racer Cruis’n USA? I remember first thinking that I hope no one from anywhere else in the world thinks that this song accurately represents music from the USA. What I’d really like to know now is how this song was recorded with a straight face. Yeeeeaaah!

Just like it sounds, Marvel vs. Capcom 2 is a fighting title that pits various Capcom characters against those of the Marvel universe. So, in what way is “I’m going to take you for a ride” appropriate or fitting? If you think about it, it could be like a kind of taunt. But it’s too… sexy? And kind of weird. And why does it loop infinitely? Capcom, were you just fucking with us with this song?

Uematsu makes it two times on our list! He may have ditched Square Enix and Final Fantasy, but he didn’t ditch his wierd streak. Those that played Blue Dragon, be honest: you looked around the room to see if anyone was watching you play when this song came on.  I know you did. It’s that embarassing. Uematsu does tear it up in this song, though. It’s just that the tune did not fit this fairly basic, no-frills RPG at all. Uematsu, dude, you are crazy.

Who could forget the insane attract mode song for Sega’s arcade racer Daytona USA? “Let’s Go Away,” composed by Takenobu Mitsuyoshi, has to be the the most unintentionally creepy song ever made for a videogame. No one could resist singing along with the robotic vibrato of the singer, and you have to laugh at loud at the game’s “C” section, where the singer sort of freestyles. How are you supposed to concentrate on driving with music like this? And the ending – Jesus, the ending – has to be the most epic and awkward song ending ever.

DOO do DOO do DOOOOOOOOOOO.  DOO do DOO do DOOOOOOOOOOO! That’s right: the most obnoxious song ever in a game is from Puzzle Quest: CotW.  It’s that main theme that somehow manages to be about 20db louder than anything else ever to come out of the game’s respective console. You can hear this shit from a mile away. The song serves as some sort of aural beacon, proclaming to the world that yes, you are playing Puzzle Quest again. Oh, someone is in Iowa is playing it now. I can hear it.

The song tries to be musically epic, but fails miserably. You can’t help but mock it. DOO do DOO doo DOOOOOOOOOOOOOO!