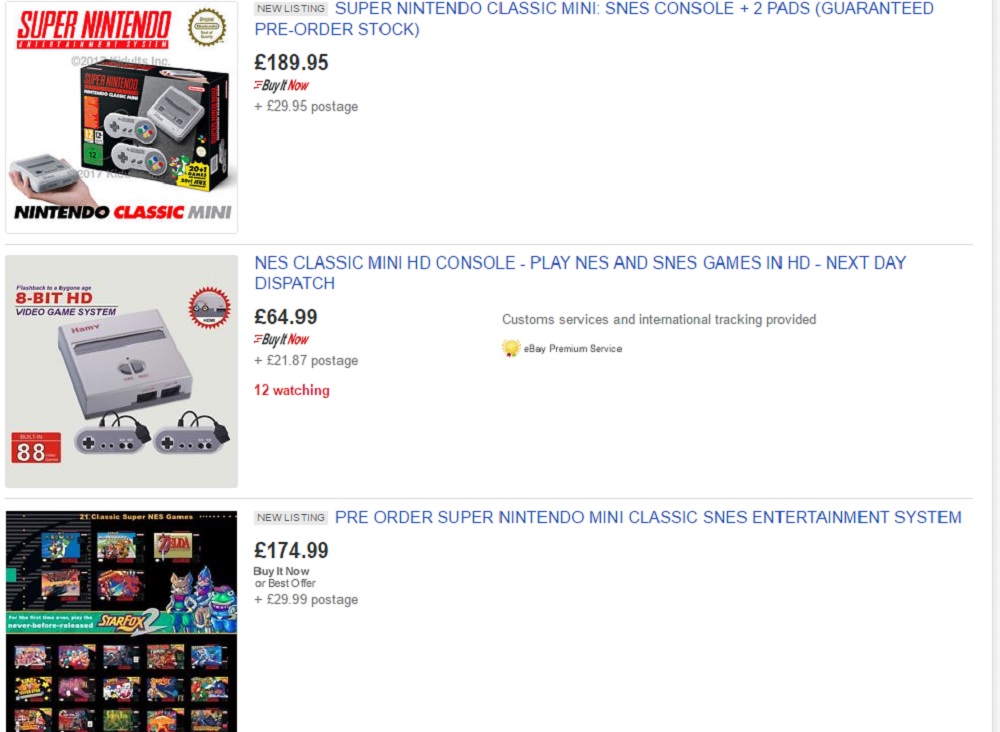 There’s a ton of reasons why Nintendo collectibles sell so well for the company. Nostalgia. Rarity. Short windows. The fact that they play so well with kids and adults alike. The sheer power of the character factory that is Nintendo, who is able to create memorable properties out of thin air like Splatoon. All of that factors into the nightmare that is pre-ordering a Nintendo product, and the SNES Mini is the same old song and dance.

Just take the UK for example. While the US is still in the dark for pre-orders UK vendors have already sold out of their allotments, and although more could open up in the future, folks are left to fend off scalpers right now. Yep, the £79.99 has shot up to £199.99 in most cases. Scalpers, of course, were able to get ample stock!

There’s no avoiding it, it’ll be the same for the US. Nintendo says they’ll actually stock it this time, but none of us really believe them after they said they’d do the same for the NES Mini after the fact, and never did. Except this time there’s the added collector value of Star Fox 2, which was never released to the public.