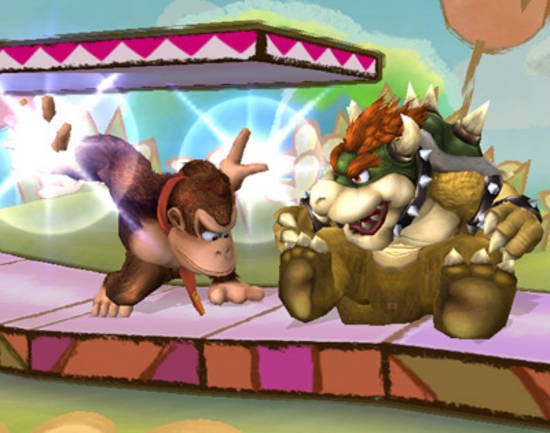 The DOJO week started off with stage from Luigi’s Mansion. The mansion is completely destroyable but will respawn after a little while. Tuesday was a double update showing off the Ice Climbers and Zelda’s special moves. On Thursday, Bowser’s special moves were revealed and Meteor Smash was explained.

Wednesday’s and today’s update after the jump.

Although these aren’t new characters, the DOJO feels like this is a spoiler so I’d rather not be the dick to ruin things for you all. Falco and Captain Falcon are both set to make it back into the Brawl. Their move sets and their Final Smashes are shown off. Speaking of which, their Final Smashes are extremely lame. The whole Landmaster recycle job is lame and you would think Captain Falcon would have some sort of ultimate Falcon Punch attack instead of calling in his car.

What did you think of the DOJO week?